What in the world is happening to the United States of America? 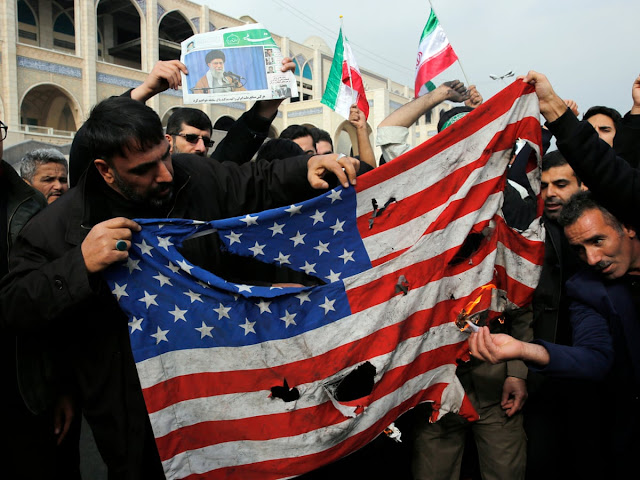 Who among us that has been alive for more than five decades would believe what is happening today? Long-standing traditions — the things upon which the nation was created and that allowed it to thrive — are crumbling around us.

Once highly regarded qualities like righteousness, integrity and professionalism, have taken a beating over the last number of years. Career fields like education and journalism are now home to many who are willing to abandon their personal integrity, honesty, and professional ethics to indulge in indoctrination of students and the public at large for destabilizing political purposes.

Recent news reports told us that our gross domestic product (GDP) dropped by 32.9 percent in the second quarter. Whether this “news” was a deliberate attempt to misinform in order to cast further negativity on President Donald Trump, or the result of ignorance on the part of these so-called journalists, is difficult to determine.

But what actually occurred was that the GDP actually shrank by much less, only 9.5 percent, in the second quarter, and 4.8 percent in the first quarter. If this trend continues through the rest of the year, the “annualized decline” will reach 32.9 percent.

We see the effects of miseducation as people who never learned about their country reject their access to the broadest set of opportunities to achieve success on the planet, favoring instead the fairytale of equality of outcomes.

Colleges, where people are supposed to learn much more about general studies and their chosen area of interest, have produced the “woke” movement which, in addition to being ineptly named, is a destructive force to which its practitioners are totally blind.

“Wokeness” was aptly described as “pervasive trends under the guise of equality [that] makes diversity training in government, and corporate America, and schools, destructive, divisive, and harmful,” by Angela Sailor, vice president of The Feulner Institute at The Heritage Foundation.

Professional sports and similar activities —where people with high skills in a very narrow and unimportant area of life, like throwing, catching, hitting or “shooting” some sort of ball or other object — make millions of dollars, are now decaying organizations where many or most members proudly dishonor the flag and National Anthem of the country that allowed them to be the wealthy and celebrated individuals that they have become. And they do so with the blessing of their team and league.

Politics and such off-shoots as political correctness, and the new fad of hypersensitivity over small or years-old irritants now are the focus of many education and news folk.

The selfish desires of a relative few now are expected to be accepted by everyone else, whether or not they see any value in those desires. If you do not automatically cow-tow to them, you may be the target of physical and other violence.

And the relatively recent advent of social media adds to the problem. Social media to an increasing degree control what political information we can see on their platforms, and what cannot be seen. That is called “censorship,” which is not among the valued characteristics of our free country.

One example: Twitter removed the Star of David from several tweets, calling it a hateful image.

Another is that certain discussions about fighting the coronavirus are deemed inappropriate for you to see. Twitter has been identified as having taken down some tweets about a drug, hydroxychloroquine, that is favored by many physicians who have used the drug, and say it is effective against the virus.

In addition to Twitter, social media platforms Facebook and Google, and website hosting service Squarespace banned video from a group of physicians known as America's Frontline Doctors about hydroxychloroquine.

A doctor in Tampa, Florida, who is lead physician at a medical office that has 8,000 patients, created a video about how she and other physicians were precluded from prescribing hydroxychloroquine for their patients, despite their previous experience with that medicine.

The brilliant constitutional attorney and author Mark Levin said that the Frontline Doctors’ video was “not about the overthrow of America, not about anti-Semitism, not promoting terrorism — but talking about experience, science, medical knowledge about hydroxychloroquine."

Apparently, Twitter, Facebook and Google know more about medicine than doctors. And furthermore, they think you shouldn’t be able to get information on certain subjects without their guidance, which means providing only what they want you to know.

When someone is triggered by something — virtually anything, these days — suddenly there arises a movement to remove or replace that “something” without even a superficial attempt to understand that something's complete nature. If one out a hundred things is bad, to the dump with it.

Through the decades, we learned to generally trust our teachers and news organizations. We expect school subjects to be presented wholly and without bias. Likewise, news is supposed to tell us the what, where, when, why and who of events, without opinion or bias.

When those rules are deliberately broken in order to control what the public knows, or how the public should think about things, then the result is what we see happening so often today: the sabotage of our country; the freest and most wonderful nation in history.