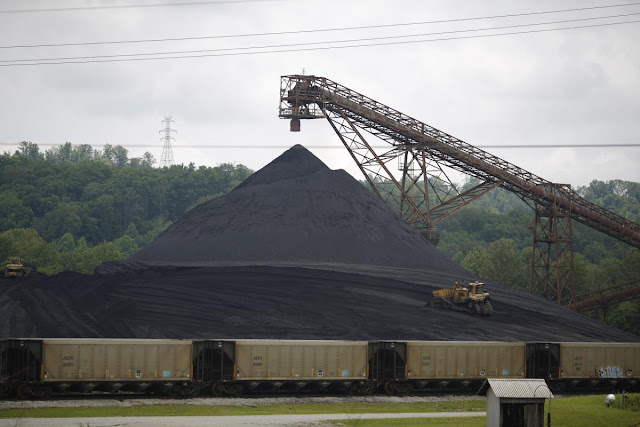 The story of coal in West Virginia is a long one, with ups and downs. And while the industry and individuals in it have suffered, coal has survived a concerted effort to kill it completely.

Coal has been in use by humans for hundreds of years. In the early years, most coal used in the American colonies came from England or Nova Scotia. But during the American Revolution, the wartime needs spurred “small American coal-mining operations such as those in Virginia on the James River near Richmond. By the early 1830s mining companies had emerged along the Ohio, Illinois, and Mississippi rivers and in the Appalachian region,” according to the Encyclopedia Britannica.

Coal for many years was the major fuel in producing electricity, and more recently, through gasification and liquefaction, is used to produce gaseous and liquid fuels that are easily transported by pipeline and conveniently stored in tanks.

The Green Energy mania, spurred on by often exaggerated, funding-oriented “scientific” data dealing with the increase and dangers of CO2, and the need for America to increase its world-leading CO2 reduction efforts, produced the foolish War on Coal of former-President Barack Obama’s administration.

This myopic governmental overreach put thousands of Americans out of work and severely damaged state and local economies, but thrilled the Green Energy crowd.

The coal industry was already well down the path of being phased out in the natural transition from coal and other fossil fuels to efficient, less-expensive, cleaner and plentiful natural gas, and also the currently inefficient, but preferred renewable sources, such as wind and solar energy.

How much more sensible it would have been to allow these natural changes to gradually work their way into being without the heavy damage caused by this irrational War.

Years ago, the coal industry had already lost many jobs of miners and other industry workers through the impact of mechanization. And the government efforts to end coal as a viable and needed product further damaged coal mining regions like those of southern West Virginia and southwestern Virginia.

However, other nations still are using and need coal, and the industry has sputtered along filling those needs, and still exists today. Not surprisingly, these nations far out-pace the United States in CO2 emissions, but hardly get anything like the official grief that America received from the “green energy at any cost” crusade.

Even supporters of the coal industry understand that burning coal is a significant source of pollution, and development of cleaner ways to utilize this useful and plentiful resource are on-going. While coal is now responsible for only 11 percent of electricity production in the United States, clean coal technologies have produced some significant improvements in coal usage, which are welcomed.

Turning coal into synfuels, which are gases and liquids that produce less pollutants when burned than does pure coal, is one way that coal can still be a useful product. South Africa has been converting coal to liquids for decades. Other gases and liquids derived from coal function as chemicals in the production of other products.

A plant in North Dakota converts coal into synthetic natural gas, called “syngas.” Electricity and hydrogen are made from syngas. And a company in Wheeling, West Virginia is now working to find additional alternative uses for coal.

A strong, fireproof carbon foam, called CFOAM, has already been developed by Touchstone, and is used in the aerospace industry to make molds for manufacturing carbon fiber rocket nozzles, and in science for the most powerful telescope in history, the James Webb Space Telescope.

As new uses for coal emerge, new interest in West Virginia coal follows.  Governor Jim Justice announced in his State of the State address that Ramaco Carbon will be opening a new research facility in South Charleston’s Technology Park.

Ramaco CEO and chairman Randall Atkins, said that the company will use that facility until it outgrows it, and then expand to other locations in the state. The opening of that facility, as with so many other things, has been delayed by the COVID-19 pandemic.

Ramaco announced in June that it has entered into a five-year coal-to-products cooperative research and development agreement with Oak Ridge National Laboratory, the largest U.S. Department of Energy science and energy laboratory, to study converting coal to high-value products and materials.

There is global interest in clean coal technology, as well. In 2019, this sector invested $3.7 billion, and projections say that figure will surpass $4.6 billion by 2027, with a compound annual growth rate of 2.9 percent.

No one expects that coal will ever again enjoy the huge employment figures or the quantities of mined resources of years past. But there are bright spots on the horizon for using West Virginia and Virginia coal that will offer direct and indirect employment to hundreds of people, and produce tax revenues for state and local governments.

We would be further down that path today, had President Obama had the foresight to reimagine coal usage a decade ago.