California’s troubles are many, and some of them are manmade 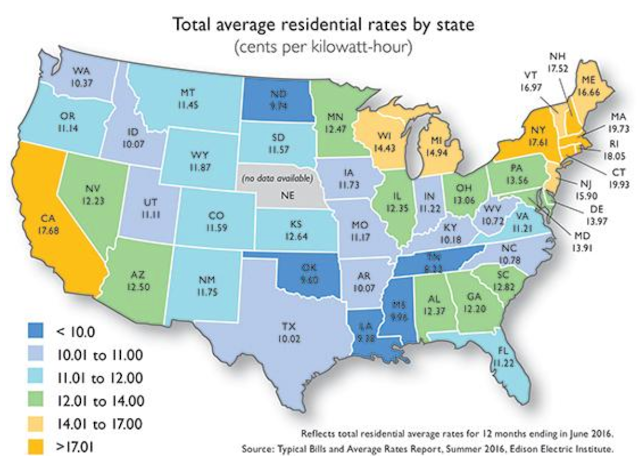 “In the last few days, a moisture-laden heat wave has unleashed extreme weather in almost every corner of California,” the Los Angeles Times reported on August 18. “In a single day, Northern California was hit with triple-digit temperatures, as well as hundreds of lightning strikes that ignited brush fires. The mercury hit 107 degrees Sunday in Santa Cruz, known for its moderate climate, and Death Valley reached 130 degrees — one of the hottest temperatures ever recorded there.”

And then things got worse. High temperatures created a demand for electricity that the state’s electric utilities could not meet. Rolling blackouts turned off the lights and air conditioners of two million state residents without warning, as utilities cut power to blocks of communities in order to protect the state’s electrical grid. This heatwave has been termed the worst in generations, and the state’s power utilities simply could not produce what was needed.

California, perhaps the most “progressive” of our 50 states, fancies itself a leader in what’s best. And where electricity production is concerned, renewable energy sources like wind and solar are best, and fossil fuels are worst, according to politically correct wisdom.

California seeks to generate 60 percent of electricity via renewables by 2030, and has a long way to go. An estimated 34 percent of the state’s power came from renewables in 2018, according to the California Energy Commission.

In its “damn the torpedoes, full speed ahead” drive to replace natural gas production with wind and solar, the state’s very ambitious climate policy forced the retirement of 9 gigawatts of natural gas capacity over the past five years. That’s enough electricity to power 6.8 million homes.

This was done despite years of warnings that there would not be enough power generation during the peak period in summer, and that a potential shortfall of 4.7 gigawatts in evening hours could occur starting this year.

Despite these changes in electricity production, a staff attorney at Communities for a Better Environment, described as an environmental justice nonprofit, blamed the outages not on inadequate renewable energy production, but on natural gas.

“It was actually gas that failed,” said attorney Shana Lazerow. “We should be talking about how gas is unreliable.”

The basis for her statement is that gas is to blame because burning gas creates climate warming, and climate warming is why California is trying to rid itself of any and every fossil fuel. She fails to note that whatever the actual cause of the heatwave — climate change or the Earth’s periodic alternating cooling and heating phases — having more natural gas electric facilities would produce the power to make up for production levels that solar and wind cannot meet.

But, of course, what is actually unreliable is wind and solar energy, especially for large scale applications like an entire state’s electricity needs.

If you want to lower your electric bill by putting some solar panels on your roof, go for it! Once the investment is paid off, you will likely save money. Particularly if you live in a sunny place and have the panels located where the sun will shine on them as much as possible. And, if you can store the excess energy for periods when the sun doesn’t shine.

But you might want to have a back-up plan, like being a customer of the electric company.

On the state level, California should have maintained backup natural gas production facilities to even out energy production when wind and solar cannot meet demand. Or, had enough storage for ample excess power to cover low production levels.

“Big Batteries Needed To Make Fickle Wind And Solar Power Work” headlined a report by NPR.com discussing the need for storage of power produced by wind and solar applications to fill the gap when the wind doesn’t blow and the sun doesn’t shine.

However, the report continues, “Nobody really knows how the batteries can best smooth out the irregular power supply from wind and solar power.”

As the NPR report further noted, “That's partly because batteries aren't very efficient. Batteries waste about 25 percent of the energy in the process of being charged and discharged. These sodium-sulfur batteries need to be heated to 600 degrees Fahrenheit to work.”

In other words, California overdrove its headlights in the rush to replace dependable fossil fuels for electricity production in favor of unreliable renewables like wind and solar. Was California a student of the Obama administration’s manic efforts to do away with fossil fuels, or was it a partner?

This is yet more evidence of the failure of “progressive” ideals to actually deliver the results that are promised.

James Delingpole, writing for Climate Depot, tells us that “No successful economy has ever done [what California is trying to do]. Those that have tried — such as the state of South Australia — have had the same result as California: rocketing electricity prices; blackouts and brownouts; an exodus of businesses; misery and disruption for everyone unfortunate enough to still live there.”

Someday in the future, after technologies have been developed to assist wind, solar and other so-called “renewables,” the transition to non-fossil fuel energy will naturally occur. We must be smart and stop rushing the process.