The coronavirus COVID-19 problems are not limited to illness 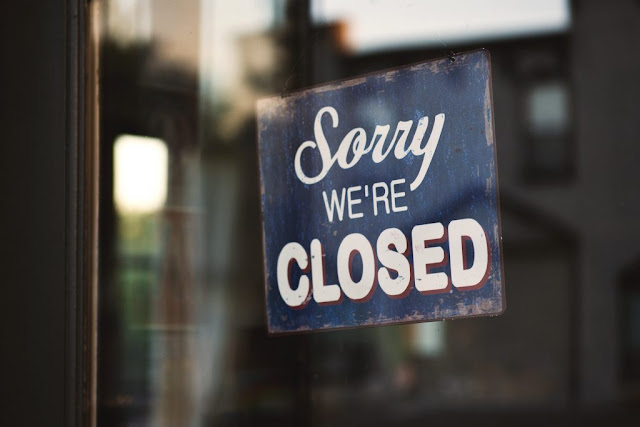 The coronavirus COVID-19 situation threatens both the health of the people and nation’s economic health. And efforts to protect either side of that coin can endanger the other side.

Keeping Americans safe from the virus and possible death is of greatest importance, but when the virus crisis is over, we don’t want to find a decimated American economy, with hundreds or thousands of businesses permanently shuttered, and thousands or millions of previously employed Americans on the unemployment line.

These are the two serious challenges from the virus, and negotiating the proper balance between them is a tricky task. We want to keep people separated from others to reduce the spread of the virus, but we can’t keep the economy in this heavily shut-down state for so long that it does serious damage.

The White House Coronavirus Task Force is staffed with medical professionals and scientists who are advising President Donald Trump on how the country should respond to this crisis.

The actions that have been taken to slow the spread of COVID-19 were based on the Imperial College London Model developed by Professor Neil Ferguson. The Imperial model predicted that up to 2.2 million Americans could die from the virus if nothing is done to stop it, and that it would peak in June. The recommended social distancing and self-isolation policies were put in place in response to that study.

Then last week Oxford University epidemiologist Sunetra Gupta published an article on another model of the virus developed at her university. The Oxford model suggests that the virus had been in the UK for at least a month earlier than originally thought, and if so, then perhaps as much as half the population had already been exposed to it, and most cases resolved themselves without any medical issues, and without an awareness that a new virus was present.

“I am surprised that there has been such unqualified acceptance of the Imperial model,” Gupta commented, arguing that the model is highly flawed.

The same condition that Gupta’s model suggests occurred in the UK may also have existed in the U.S. People with the same symptoms as with COVID-19 infection would not have been diagnosed with a COVID-19 infection, since we had little or no information on the virus, or didn’t know it was present in the country at that time. Ferguson has now revised his initial predictions downward, but believes the Oxford model is too optimistic.

The economy is struggling, and the longer these measures are in place, the worse it will get. Many businesses have closed or are working on reduced hours, and many workers have been laid off, schools are closed and children are at home.

The longer businesses are closed or experiencing substantially lower revenue, the greater the chances that many will die and be unable to reopen, millions will be unemployed, due to the resulting job shortage. And then there is the shortage of goods and services these closed businesses are no longer producing.

Economist Thomas Friedman addresses the situation that the coronavirus taskforce faces in an op-ed in The New York Times. “Our leaders are not flying completely blind: They are working off the advice of serious epidemiologists and public health experts,” he wrote. “Yet we still need to be careful about ‘group think,’ which is a natural but dangerous reaction when responding to a national and global crisis. We’re making decisions that affect the whole country and our entire economy — therefore, small errors in navigation could have huge consequences.”

Acknowledging the seriousness of the virus and the critical need for doctors and nurses, hospital beds, critical care beds and medical equipment for those who are suffering, Friedman calls for rapid, and widespread testing to “surgically minimize the threat of this virus to those most vulnerable while we maximize the chances for as many Americans as possible to safely go back to work as soon as possible.” He then cited an unnamed expert who thinks that “could happen in as early as a few weeks.”

It is imperative that businesses should reopen as soon as they can do so safely, so that people can get back on the job. Business that are closed cannot produce the goods and services that the nation and its people rely on, and the longer the halt in production lasts, the more serious the shortages become.

The stimulus package that Congress passed will help people cope by giving them money, but it will not address the problem of the insufficient supply of needed goods and services, such as producing and delivering food and medicines throughout the country.

The number of Americans suffering from the COVID-19 virus is large, but it is a very small percentage of the population. On Sunday, 138,879 people were confirmed to have the virus. That is a tiny fraction of 1.0 percent of the 330,000,000 people in the country.

That number will continue to rise until we get control of the virus, and we must work hard to keep it as small as possible.

But we must also act to protect the economy from collapse. If we don’t, economic circumstances will add to the number of deaths the virus itself is causing.

Over here we get very little overseas news unless it is something to blame Trump for. The amount of FAKE NEWS that is spread is unbelievable. I now don't watch the news as it nothing but depressing and of course sensationalized. We have one media outlet over here where the editor in chief stated that any comments that disagreed with the outlets' views would be deleted. I watch government briefings but once it is question time I switch off.

That must be a nightmare trying to keep up with what is really happening. Thank goodness for the Internet, at least for those with enough sense to carefully evaluate the sources.