Trump is now being targeted for “planning” pardons, commutations 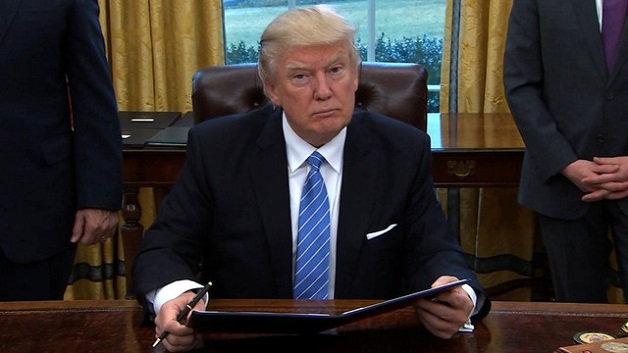 “How far will Trump go in abusing his pardon authority?” That is the title of Joe Conason’s column. He’s a liberal columnist who apparently has psychic access into Trump’s mind, to wit: “But as he prepares to bestow that favor on Roger Stone …,” Conason wrote. That column suggested that in doing so Trump might open himself up to a criminal investigation, as then-President Bill Clinton did after he pardoned "fugitive financier" Marc Rich on the last day of his presidency, Jan. 20, 2001.

Stone was found guilty by a federal jury on the seven charges that he faced, including lying to Congress, witness tampering and obstruction. That is the part of the Stone story that is pretty straight forward. Regardless of whether you like Stone, whether you trust or approve of Trump, you really ought to fairly consider the various aspects of the Stone investigation and prosecution.

Stone became a subject of interest in the Mueller investigation into who aided Russian interference into the 2016 election. More than a dozen FBI agents wearing night goggles, full SWAT gear, with rifles and side arms, knocked on Stone’s door before dawn in January, 2019, and arrested Stone in his jammies after he answered the door.

Oh, and somehow a CNN news crew just happened to be there on the scene, set up and ready when the SWAT team arrived.

Nothing, other than being a Republican and friend of Trump. He could have been served a warrant during waking hours, or even notified by a phone call.

Of the charges against Stone, witness tampering carries the heaviest sentence, up to 20 years. Randy Credico, the witness with whom Stone was convicted of tampering, wrote a letter to the judge in the case, Judge Amy Berman Jackson, asking that Stone not be sent to prison because he didn’t really believe Stone would ever harm him or his dog Bianca, the target of the alleged threat.

So, the alleged victim did not feel any tampering, rose to defend Stone from the charge, but Stone still was convicted of witness tampering.

Many observers are urging Trump to pardon Stone. And there are other odd things about his case and his sentence that should be considered.

Fox News host Tucker Carlson, on his opinion show “Tucker Carlson Tonight,” said, Stone is “A 67-year-old man with no criminal record caught up in the Russia hoax, farce, caught up in an investigation that proved to be fruitless.”

He then listed the following average lengths of time served for certain crimes, for comparison with the prosecution’s recommendation for Stone’s sentence of seven-to-nine years.

Yet the prosecution recommended Roger Stone get a longer sentence for crimes far less serious that killed no one, assaulted no one, robbed no one, and did not tamper with a witness, according to that witness.

Why did a supposedly neutral, objective prosecution team recommend such a severe sentence for a non-violent person with no criminal background? And why did the judge ignore the exculpatory statement by the witness who was the supposed victim of tampering?

There is also a question of the objectivity of at least one of the jurors.

The jury foreperson, Tomeka Hart, is a former Democrat candidate for Congress who in her tweets refers to Trump as #KlanPresident.

While Hart was serving on the jury, she tweeted about Trump’s impeachment. In a letter to the editor of The New York Times, Hart requested The Times use more direct language accusing Trump of committing a crime in his dealings with Ukraine.

She recently defended the prosecutors for advocating a seven-to-nine-year imprisonment for Stone. Attorney General Bill Barr lowered the recommended sentence to something more normal and reasonable, and the four prosecutors resigned in protest.

Was Hart an objective juror? Did she, as foreperson of the jury, leave her bias aside, the bias she readily showed before, during and after the trial?

Several irregularities exist: The FBI inappropriately raided Stone’s home. Hart should have declared her bias in pre-trial jury forms. The judge should have dropped the tampering charge. It was appropriate for Barr to reduce the sentence recommendation.

As a result of these irregularities, Stone convictions should be overturned, and he should get a new trial. A fair trial. Or, a pardon.

I seem to recall that the judge in the case after sentencing put a gag order on him. I just can not get my head around some of the court's decisions on all kinds of matters, from this case to sanctuary cities to late-term abortion and throw-in ignoring federal laws.

You remember correctly, Steve. He was prevented from saying anything about his case. Many legal authorities slammed the judge's action.

They like to change the rules in the middle of the game.