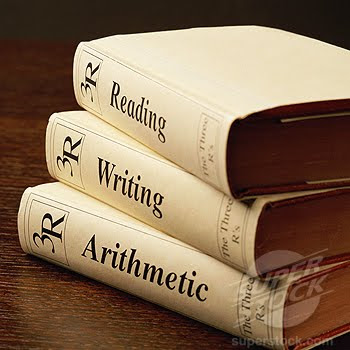 There are several things known through time as the “Three Rs.” Back in the days of FDR’s New Deal there was: Relief, Recovery and Reform. Trying to reduce the effects of science on animals gave us: Replacement, Reduction and Refinement. And now in the days of environmental consciousness we have: Reduce, Reuse and Recycle.

Some of us, the senior citizens among us, remember the “Three Rs,” as: “Readin’, Ritin’ and ‘Rithmetic” (reading, writing and arithmetic) when we were in school.

Today, we can thank Democrats in Congress, in the media and elsewhere for giving us another set of “Three Rs.” The first of the set was “Russia.” Next came “Racist.” And now we have “Recession.”

“Russia, Russia, Russia” was the war chant of the first two years of Donald Trump’s presidency. But, alas, it was to no avail, as Russia’s interference in the 2016 election turned out to be significant, but to little effect, and the hoped-for connection between the Russians and Trump was a nothing burger.

Multiple investigations did not prove that Trump was a Russian agent, that the Russians colluded with his campaign to elect him, or any of the other allegations that were thrown around like the trash found on San Francisco streets.

Trump’s began an association with Russia in 2013 when he was there for his Miss Universe pageant, according to The Guardian. Trump told the paper he wanted to build a skyscraper in Moscow.

For a wealthy business person, a real estate developer, it is not unusual to have business interests in other countries. Trump is said to have interests in 25 countries, including Canada, Turkey, Panama, Ireland, South Korea, United Arab Emirates, India, Scotland, Indonesia, China, Mexico, Egypt, Saudi Arabia, Qatar, Israel and South Africa.

The Moscow skyscraper deal, however, ran into difficulties and had ended by June of 2016, before the election.

Next came charges that Trump was/is a racist. Combining poor reportage and opportunism, the anti-Trumpers take any opening, however narrow, to assert racism.

Just because a group of four Congressional representatives who are people of color receive criticism from Trump for their words and deeds does not make him a racist.

Trying to secure our borders to prevent the illegal entry of people from other countries, some of whom are criminals, is not racist. Neither is wanting to send illegal aliens back where they came from.

What such efforts tell us is that those backing the efforts are failures, not that Trump is a racist.

One might expect that as part of this ill-fated exercise in imaginative politics, the accusers might consider that Trump’s unemployment numbers for African Americans and Hispanics are at their lowest in decades, or ever. His “racism” apparently also includes implementing the opportunity zones that help low-income distressed communities across the country, which includes those of black Americans and Hispanics.

The racist allegation against Trump and others on the right has been so widely and foolishly misused that the most significant result of this misadventure is to have rendered the term meaningless. Strike 2.

And now, because the yield curve inverted for a day or so, we are told the nation is headed for a recession. As some know, there is a recession in our future because behind every period of expansion is a period of recession. It’s the business cycle.

After the 2007-2008 recession, the economy experienced its slowest recovery ever, but has been doing pretty well in the expansion phase, with nearly all of the good things occurring since election night 2016. Sound Trump economic policies have proved their worth.

An inverted yield curve is considered an omen of a recession in 17 to 22 months. However, a lot can happen in that period that could delay the economy going into recession for a fairly long time. The left’s prognostications are, to put it politely, premature.

But as Obama administration member Rahm Emanuel famously said, “You never let a serious crisis go to waste.” And a recession, when we have the next one, might be a serious crisis. Emanuel, who was at the time the White House chief of staff, went on to explain himself: “And what I mean by that, it's an opportunity to do things you think you could not do before.”

Clearly the Russia and Racist opportunities did not pan out, so perhaps the Recession one will. No doubt the left media and others who can benefit from this scare will take it to the limit, one more time.

But if a recession doesn’t do the trick, maybe after this third R is exhausted the left will give us another R: Regret. As in, “we regret going down these curvy, pot hole infested side roads, trying desperately to remove from office a duly elected president that we just do not like, and now we will live with the decision of the American people.”

Given the manic behavior of Trump’s political enemies in Congress, the media and elsewhere, such a thing may be a futile hope. However, hardly anything would benefit the country more than the anti-Trumpers getting their over-worked emotions under control, returning to doing their jobs properly, and helping the country move forward.
Posted by James Shott at 8/30/2019 10:49:00 AM