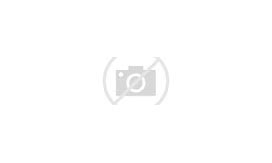 No doubt that the Founders and the Framers are spinning in their graves at the degree of sympathy and affection that exists in America today for socialism. They were so smart in creating a nation the design of which is superior to every other that has yet existed, and yet even that nation seems destined to fulfill the prophecy that democracies are doomed to survive only about 200 years.

The USA is not a pure democracy, but something even better: a democratic republic, with protections pure democracy does not offer. That may be what explains why the USA has beaten the 200-year mark by 20 percent.

As Benjamin Franklin explained to Mrs. Powel, who asked outside Independence Hall when the Constitutional Convention of 1787 ended, "Well, Doctor, what have we got, a republic or a monarchy?" Without batting an eye Franklin responded, "A republic, if you can keep it.”

Our democratic republic until fairly recently openly and strongly promoted the ideal of individual freedom supported by individual responsibility, an opportunity open to all who wished to pursue it.

This right of the people, and others, were guaranteed by the Bill of Rights, the first 10 amendments to the U.S. Constitution. These amendments were thought so important that without their specific guarantee some of the states would not have voted to ratify the Constitution.

Today’s socialism promoters use a combination of scare tactics and too-wonderful-to-be-real promises to hoodwink the populace into following them.

These promises, to be completed in the next 10 years, include such things as universal health care; rebuilding every structure in America to meet energy efficiency goals; a guaranteed job with a family sustaining wage, adequate family and medical leave, paid vacations and retirement security for every American; replacing air travel with energy efficient, high speed trains; and to save the world from the idea of life-ending climate catastrophe due to fossil fuel use, as well as eliminating climate-harmful bovine flatulence by doing away with beef as a food.

Trouble is, even if wind, solar and a couple of other sources could actually provide the power the US and the world need, the costs are themselves catastrophic, in the US running to something like $600,000 per household over 10 years. We are told by the proponents of this plan that the costs are not that important, even as we are confronted by a national debt of $22 trillion.

But so many of those on the left have likely already heard and discounted these well-founded negatives. And they may even believe that socialism’s dark past is unimportant.

Do these proponents of socialistic elements not know the history of this ignominious ideology? Do they think it has never succeeded in history only because the right people have not been in charge? Or, do they just not care?

After all, who can argue with the siren song of all this free stuff and utopia just over the horizon?

Perhaps you regard the ubiquitous rookie Alexandria Ocasio-Cortez as a true “seer” of how socialism can and will work under her control – she’s the boss, you know – with the assistance of Bernie Sanders, and far too many other Democrats.

Socialism developed in the mid 1800s. Let’s take a look at the A-List of Socialist Leaders since then: Karl Marx, Vladimir Lenin, Joseph Stalin, Mao Zedong. These rulers, and others like them, brought the socialist utopia to 19 nations, including the Soviet Union, Communist East Germany, Czechoslovakia, Poland, Hungary, the People’s Republic of China, North Vietnam, Cuba, and North Korea. All of them failed.

History tells us that governments in socialist countries killed approximately 110 million people between 1900 and 1987.

And then there’s Venezuela, formerly a prosperous country before the socialist scourge turned wealth to poverty. Today, Venezuelans are short on basic necessities like food, water, medicine, toilet paper, and now must eat out of trashcans, even as humanitarian aid is blocked or destroyed at the border.

Scandinavian countries often are cited as successful socialist nations. However, even with their high taxation they are not truly socialist. In fact, they are less so than before, according to The Federalist online. Sweden, for example, has abandoned its tax-and-spend philosophy, which drove it from prosperity to mediocrity in just over two decades, and while it and its neighbors still have high taxation, Sweden is incorporating more free market ideas.

We can blame much of the ignorance about what real socialism is, especially for younger Americans, on our education system, which to a significant degree has become a tool of the left.

But many of those on the left have already heard and discounted these well-founded negative impacts. And they may even believe that socialism’s dark past is just unimportant. Besides, the truth about socialism stands in the way of their plans for domination.

We had better pay attention to former President Ronald Reagan: “If we lose freedom here, there is no place to escape to. This is the last stand on Earth.”

The United States of America’s long and illustrious success is not an accident. Socialism can never match what we have. We must heed Mr. Reagan’s warning.
Posted by James Shott at 3/07/2019 02:08:00 PM