If you lose, improve your game; don’t change the game to suit you 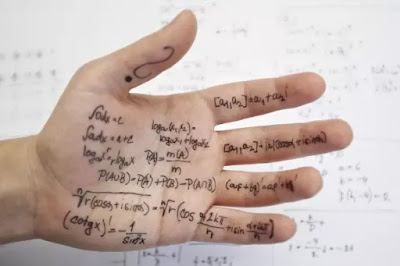 What do people do when they can’t win by being better, but cannot stand to lose? The answer often is to fudge a little, or a lot, rather than to gracefully accept defeat, and try to improve.

Sometimes, those who can’t win under existing rules want to change the rules to make it easier to win, but they often choose the easier route of relying on preferable, though improper, interpretation of the rules.

Democrats once merely thought about things differently from Republicans, but worked within the existing, long-standing and sensible election system created by our Founders. Not so much these days.

What we are witnessing today is a broad coalition of people trying to silence ideas and points of view they disagree with, rather than try to win a debate against those opinions in the light of day.

We see this in the malpractice of some media outlets, both old (print media and radio/TV news providers), and new (social media etc.).

A veteran newsman, Ted Koppel, 25-year host of ABC’s “Nightline,” from 1980 to 2005, agrees that President Donald Trump is “not mistaken” when he says the major media are “out to get him.” “We are not the reservoir of objectivity that I think we were,” he told Marvin Kalb at the Carnegie Endowment for International Peace earlier this month.

Social media platforms, such as Facebook, Google, YouTube and Twitter, frequently receive criticism from conservatives, who say they are singled out and censored. Hardly ever do liberals/progressives have this complaint. And today, if you say certain newly unpopular things, you might be charged with a crime.

College campuses, once the arena for lively and beneficial debate of ideas, both friendly ideas and otherwise, now often ban conservative speakers from campus when heated protests against them arise. Claiming safety as the reason, administrators ban these speakers. But whose safety is at risk, and safety from whom?

The conservative speakers and those who support them are at risk of violence because campus leftists cannot abide those who do not think like they do. And rather than disciplining the violent protesters and restoring order and healthy debate to the learning environment, college administrations take sides and cave in to the leftists.

Stories of political indoctrination replacing or supplementing the presentation of subject matter in schools, all the way from colleges down to elementary grades, are not uncommon, particularly at the higher education levels.

Thanks to the abandonment of professional ethics by the leftist media and leftist educators, free speech is being stamped out, replaced by an “our way is THE way” message.

Along with free speech, important historical monuments and other fundamental elements of our democratic republic are under attack. Changing inconvenient rules is gathering a significant following. Some of the Democrat presidential hopefuls have targeted the Electoral College, and some have taken aim at the Supreme Court.

Senators Elizabeth Warren (D-Mass.) and Kamala Harris (D-Calif.), both of whom see themselves someday wearing the president’s title, are ready to chuck the Electoral College in order to earn that title.

And much of the electorate has been uneducated or mis-educated in the whys and wherefores of their country’s system of government, and have no idea why this is a bad thing.

As a safety device – an “insurance policy,” in common parlance – they now want to stack the United States Supreme Court with more activist justices, who will focus on desired outcomes, not on constitutional and legal original meaning and intent.

This group includes Robert Francis O’Rourke (D-Texas), who calls himself by the Hispanic nickname “Beto,” to attract votes. And the previously mentioned Sens. Harris and Warren, along with Sen. Kirsten Gillibrand (D-N.Y.) are on board with this “solution” to their electoral problems.

And if changing those rules isn’t sufficient to win elections, some also want to lower the voting age to 16, and even allow illegal aliens to vote. Claiming “voter suppression,” they complain that asking people at polling places to prove they are eligible to vote, one of the most valued rights of a United States citizen, is somehow voter suppression.

Missing the essential point, liberals/progressives say, “If the Founders were alive today, they would think differently about things than they did back then.” The point they miss or ignore, of course, is that the Founders were not speaking about specifics, but about principles in creating a unique system of government.

Never before in recent history has an American political party been so determined to trash so much of the design of a government that has proven to be so superior to any other in history as today’s most prominent Democrats.

Are they really so desperate to impose their will on the rest of us that they will act to take down the entire country in order to gain power?
Posted by James Shott at 3/26/2019 03:00:00 PM