The Investigators: Coming to the House of Representatives in January 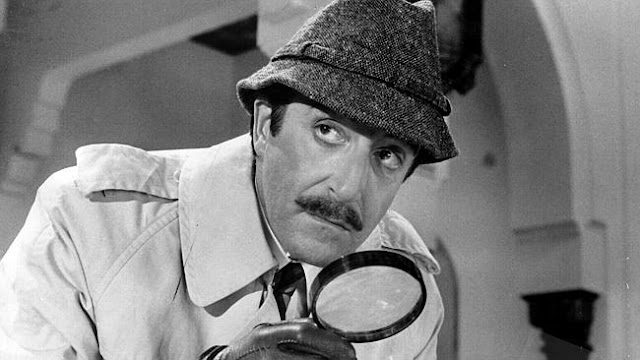 According to historical precedent, the political party that does not hold the presidency makes gains in the mid-term election. That was confirmed earlier this month as the Democrats will take the majority in the House of Representatives when the new Congress convenes in January.

According to NBC News, “In every midterm election since the Civil War, the president's party has lost, on average, 32 seats in the House and two in the Senate.” While they did not get the benefit of the Blue Wave they had predicted and hoped for, they did post decent gains in the House, with 34 seats won, and five others still undecided as this is written. They did not, however, meet the average gains in the Senate, as Republicans gained one seat and another will be decided with a run-off Nov. 27th.

As Election Day neared, Democrats were expecting to be voted into committee chair positions and expressed their ideas on just what their committees would do should they gain the majority. Investigations headed the list.

The Huffington Post published a list of 52 investigations the Democrats may pursue: Democratic members had asked the Republican majority “to issue subpoenas related to the administration’s conduct 52 times during the first 20 months of Donald Trump’s presidency. Republicans turned down each of those 52 requests. If Democrats held the committee gavel, the subpoenas would be approved.”

The Democrat A-Team is lined up and ready to start investigating. “The Investigators” include: Rep. Jerrold Nadler (D-N.Y.), the House Judiciary Committee; Rep. Adam Schiff (D-Calif.) the House Intelligence Committee; Rep. Elijah Cummings (D-Md.), the House Oversight Committee: Rep. Maxine Waters, (D-CA) the Financial Services Committee; all to be led by House Minority Leader Nancy Pelosi (D-Calif.) if she indeed is elected Speaker of the House, as she expects.

Following is a list of nine topics that the Post believes will be the focus of investigations: Trump’s corruption; private email correspondence; Jared Kushner, the president’s son-in-law; Michael Flynn; the 2016 campaign; government reorganization; security clearances and classification; failure to produce documents; census 2020.

One could not be faulted for believing from the public comments of prominent Democrats that the sole purpose of the Democrat-controlled House will be to investigate Trump into total paralysis. How smart.

Instead of working to secure the border and get control over illegal immigration, we can expect Democrats to work for the status quo, and champion legal status for “Dreamers.”

Unable to understand that the root of “gun violence” is violence and not guns, expect more efforts to weaken Second Amendment protections for law-abiding citizens through ominous gun control measures.

Various Democrats have shown much disdain for the tax cuts enacted last year, and Pelosi has referred to them as “crumbs.” Repealing the tax cuts, or working to undo much of the good they have produced will be high on their list.

The Democrat plan is to increase the top marginal tax rate from 37 percent to 39.6 percent, nearly 3 percentage points, or a 7 percent increase. While they think this will properly punish the “filthy rich,” this is a direct tax increase on small and mid-sized businesses, the group that hires the most Americans.

These things are directly against the best interest of nearly every American.

The Club for Growth, which is no Trump fan club, said this about what has occurred in the first year of the Tax Cuts and Jobs Act. “So, what have we seen in the year since passage of the largest tax cut package ever? Great things!”

Some examples:
* Despite the “new normal” of 2.0 percent GDP, according to the naysayers in 2016, GDP has grown by 3 percent over the past four quarters, and hit 4.2 percent in Q2 2018.
* The unemployment rate has dropped to 3.7 percent, its lowest point since 1969.
* The ratio of unemployed workers to open jobs hovered at a record low in September.
* Tax collections have embarrassed the Congressional Budget Office’s estimators by being significantly higher than estimates.

What a wonderful thing it would be for the country if the new House majority would take the good things that are going on and work to increase the good things, rather than try to undo them and return to the economic doldrums of the Obama years, one of the slowest recession recoveries on record.

Instead of protecting illegal entrants and punishing law abiding citizens with onerous gun control laws, why not work to reduce the size, negative impact and cost of government, bringing the enormous national debt, that their last president doubled, down at the same time?

True, they must forego the satisfaction they would achieve by hounding the duly elected President of the United States, but perhaps they could soothe their hurt feelings with the knowledge that they are doing the right thing for their constituents.

But it’s a fool’s errand to expect the Democrats to suddenly get over their hurt feelings of losing an election they thought they were going to win, and then add insult to injury at having their biggest enemy have so many successes.