The softening of America is becoming a rampant social ill 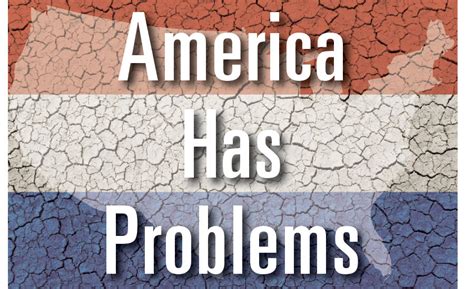 America has many problems these days, and some of them are very serious. Among those on the long list are: a serious drug problem, international anxieties, the strong division between the political left and right, and our once stable, but now collapsing cultural environment.

Another troubling thing that doesn’t reach the crisis level of some of the aforementioned is that some individuals take themselves way too seriously, and believe that their personal opinion deserves national attention or perhaps even demands some immediate action. This is the height of self-absorption, egomania, and it is a rampant social ill.

This malady expresses itself in different ways, such as through people whose name is well known within a certain limited area of life – like actors, media personalities, entertainers, athletes – who have allowed themselves to believe their own PR, and think that because they have a group of adoring fans that appreciate their pretty face, latest hit song or film, recent great athletic accomplishment, late night TV show, or whatever, that they are endowed with ultimate wisdom about everything, and are therefore required to share it with the world.

In another scenario, some think so highly of their opinion and beliefs that they isolate themselves from things they don’t agree with, refusing to face opposing ideas and, frequently, dodging reality itself. They insist on being able to avoid contact with things that cause discomfort – a long and confounding list of things – anything that interferes with merrily going on their way through an imaginary world that must submit to their every wish.

For example, if an historic person or event traumatizes some people, like a statue or a memorial to someone or some thing, they then protest to have it removed, disregarding the broader historical value of the offensive thing that is far more important than their feelings of pique.

Sometimes, when faced with someone holding a different opinion they cannot abide, instead of discussing their differences like mature adults, they resort to vilification, hurling slurs and epithets, and name-calling.

Once upon a time the process of growing up in America took a course that did not include this pathology, or even imagine there could be such a thing. When one reached adulthood, the learning process had guided her or him to maturity through good parenting and informal education in the home or formal education in school or, ideally, a combination of the two.

Our system of education begins at a young age and progresses through high school, each successive level presenting material suited to the developing mind. After that, some go out into the world, while others head for vocational/technical training or head for college. College is where more intense subject learning takes place, but it also develops the thinking process and aids in learning to live in the real world where all is not always pleasant or agreeable, and at one time a college education could be counted on to do this.

Obviously, some families and some educational institutions have failed to maintain the tradition of guidance that is necessary to assist young people in maturing properly. The “everybody gets a trophy,” the “no person should ever feel uncomfortable” foolishness and other similar things have had a deleterious effect. This is not about real bullying and other serious problems, but things have deteriorated into a condition where personal offenses that once were laughed off or quickly forgotten now cause major trauma to young people, and some who are not so young.

Some colleges have lost their luster as mind-expanding influences, and instead of aiding the maturing process they have become bastions of protecting the hypersensitive, where instructors are required to issue trigger warnings prior to discussing “troubling” material, and where free speech can only be indulged in and enjoyed in special “free speech zones.”

Where once the idea of free speech was eagerly defended, we now find conservative speakers banned from campuses because their mere presence sends students scurrying for their safe spaces or into sometimes-violent protests, and where liberal/socialist faculty band together to attack their conservative colleagues for disagreeing with the “proper” thinking (political correctness) at the same time they are transferring their ideology onto their students along with subject matter, or perhaps in place of it.

Many of them push an agenda in proper thinking instead of aiding the development of the process of critical thinking, turning students into delicate little creatures who are frightened by the very idea that some people do not agree with them, or become angry in response. The art of civil and intelligent debate has been banned from some of the country’s once-fine institutions where free speech was celebrated. Is an education at one of these wayward institutions actually worth the tens of thousands it costs?

Perhaps the softening of the American mind does not rise to the urgency of the deadly drug problem or the potential for a nuclear attack by some foreign maniac or despot. But if not gotten under control pretty soon, we face the very strong likelihood of living in a country run by these folks, who are incapable of dealing maturely with complex and unfriendly circumstances that life throws at us.