Yet another misguided effort to destroy our country’s history 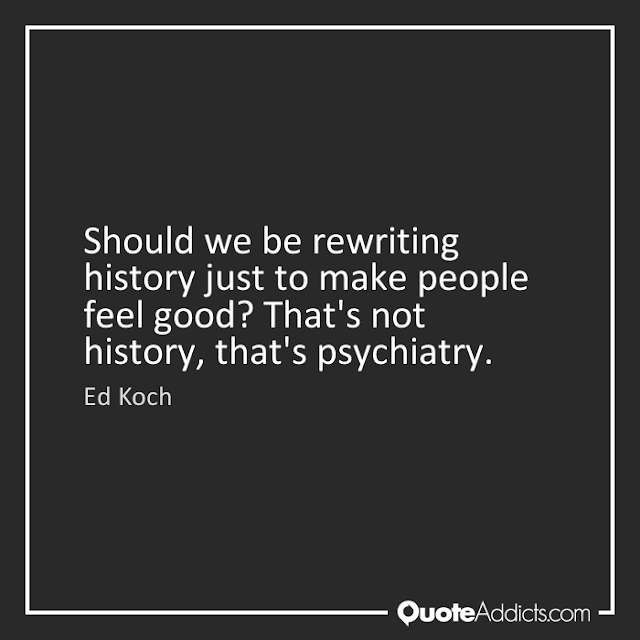 It’s been more than a year since the movement to cleanse America’s past began, as the idea of erasing unpleasant, unpopular aspects of our history is now the way some try to make things better, and includes removing statues and memorials of America’s Founders and notable personalities of the War Between the States.

The reaction to America’s period of slavery is the prime impetus for this mania to destroy history. But as manias often are, this one is ill advised and will do great harm to future generations.

One of the most important of the Founders, Thomas Jefferson, is a target of the movement to cleanse the past by removing statues and other reminders of those days. Jefferson is recognized by the crowd bearing the cleansing equipment for one thing only: he was a slave owner, and therefore unqualified for any attention or actual appreciation.

But like nearly all of them, Jefferson had many positive things to his credit, among them intelligence and wisdom. And his ideas of the value of history are right on the mark and deserve consideration.

Regarding history, Jefferson wrote in “Notes on the State of Virginia, Query 14,” in 1781, "History by apprising [citizens] of the past will enable them to judge of the future; it will avail them of the experience of other times and other nations; it will qualify them as judges of the actions and designs of men; it will enable them to know ambition under every disguise it may assume; and knowing it, to defeat its views."

Calling it “one of the most racist, pro-slavery, anti-black songs in the American lexicon,” The California NAACP now backs a movement to have Francis Scott Key’s anthem “The Star Spangled Banner” removed as America’s National Anthem.

This furor arose from three lines in the third verse of Key’s 1814 poem that he wrote about the Battle of Baltimore in the War of 1812. How many could recite any of the other verses, or even knew the song has more than one verse? And if you are looking for “the most racist, pro-slavery, anti-black” song in the country, would three short lines in the third of four verses that hardly anyone knew existed really be the worst, or be worth all this hoo-hah?

At first glance, however, one might believe those three lines in the verse are racist. But, as with many controversies, a first glance is far less than is required.

Here is the text of the third verse, with those lines forming the basis of the objection highlighted in italics:

“And where is that band who so vauntingly swore
That the havoc of war and the battle's confusion,
A home and a country should leave us no more!
Their blood has washed out their foul footsteps' pollution.
No refuge could save the hireling and slave
From the terror of flight, or the gloom of the grave:
And the star-spangled banner in triumph doth wave
O'er the land of the free and the home of the brave!”

However, american-historama.org informs what those lines really meant to the author at the time they were written.
● Francis Scott Key describes the British as arrogant and boastful in the lyrics “that band who so vauntingly swore.”
● He is venting his anger at the British with the "foul footsteps' pollution" lyrics inferring that the British poisoned the ground on which they walked.
● But the poison and corruption had been washed away by the blood of the British.
● The lyrics "the hireling" refers to the British use of Mercenaries (German Hessians) in the American War of Independence.
● The lyrics "...and slave" is a direct reference to the British practice of Impressment (kidnapping American seamen and forcing them into service on British man-of-war ships). This was an important cause of the War of 1812.
● Francis Scott Key then describes the Star Spangled Banner as a symbol of triumph over all adversity.

This is why context is important. Things do not always mean what someone thinks they mean, and by doing just a little research, the true meaning could have been discovered, and this particular tempest in a teapot could have been avoided.

The NAACP misinterpreted these lyrics, and assigned a completely false meaning to them. And therefore, its reaction is not appropriate, and there is no reason to seriously consider removing The Star Spangled Banner as the National Anthem on that basis.

However, even if the premise had been correct and the Anthem did contain racist language, America’s era of slavery, which began in the Colonies, ended a century and a half ago. Further, its lyrics represent a valid and beneficial historical record of a battle in an important event in America’s history.

“But history does matter. It has been said that he who controls the past controls the future,” as David Crabtree wrote in the article “The Importance of History” on the Gutenberg College Website. “Our view of history shapes the way we view the present, and therefore it dictates what answers we offer for existing problems.”

This is why we must preserve history, and learn from it, rather than destroy it.