Do Republicans really vote against their constituents’ interests? 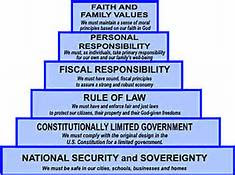 It is not news – not even fake news – that the political Right and the political Left do not see things the same way; they are different, just as men and women are. The Left frequently sees things as problems that the Right does not regard as problems, and vice versa. And even when the two sides agree that something is a problem, they have different ways of addressing it. The gulf between the two factions is wider today than ever before.

The idea that Republican voters sometimes/often vote against their own interests is a Democrat talking point, and was the subject of a New York Times podcast that was discussed in a National Review online article by senior writer David French recently. The podcast host, Times managing editor Michael Barbaro, interviewed domestic-affairs correspondent Sheryl Gay Stolberg, who cited the situation in the state of Kentucky, one of the states that suffered mightily when the War on Coal put enough people out of work to run Kentucky’s coal jobs to their lowest level in 118 years.

The out-of-work miners, forced onto Medicaid by the War on Coal, benefited greatly from Obamacare’s Medicaid expansion, Stolberg said, “yet, its Republican senators are leading the charge for Obamacare repeal, including for Medicaid reform. How can that be?”

The answer to that question comes from the different ways of looking at the world and at life from opposite sides of the political spectrum.

Which of the following sets of ideas do you most closely observe?
1. The nuclear family is an antique idea, traditional ideas of morality and culture are holding us back, sexual autonomy is a virtue, and we just can’t get by without government “help.”
2. First, we graduate from high school, get a job to sustain ourselves, get married, and then have children and raise a family.

“Now, between the two parties, which one has centered its appeal around married parents with kids and which party has doubled down on single moms,” French asks? “Even worse, the Democrats’ far-left base has intentionally attacked the nuclear family as archaic and patriarchal. It has celebrated sexual autonomy as a cardinal virtue. Then, when faced with the fractured families that result, it says, ‘Here, let the government help,’” he writes.

How does this relate to Kentucky’s Republican Senators? They are voting on their ideas of what makes America great, and according to French, those interests “depend on the complex interplay between our faith, our families, and our communities.” It’s all about core values.

New York Times columnist David Brooks traces these values back to American frontier towns, where life was “fragile, perilous, lonely and remorseless,” where a “single slip could produce disaster,” and as a result the frontier folk learned to practice “self-restraint, temperance, self-control and strictness of conscience.”

Those values are at the heart of the American experience of carving a powerful and free republic out of a wilderness, a nation that has as a result led the world for decades. They reflect the Biblical values brought here and cultivated during America’s first turbulent and troubled decades, and which formed the basis of the government created following the “Colexit” of the Colonies from Mother England’s repressive grasp.

Republicans, or at least those who are true conservatives, honor the ideals of freedom, personal responsibility, self-reliance, and limited government, and to a less-than-perfect degree – but a far-greater degree than those who call themselves liberals, progressives, or socialists – try to live by these values.

Kentucky’s Republican Senators dislike the government’s solution to the problem that the government itself created when it over-regulated nearly everything, and so they see a vote against maintaining this absurdity as a virtuous one. They prefer a system freeing Americans to make their own decisions about healthcare and health insurance without the one-size-fits-nobody concept that the Democrats created that we commonly call Obamacare.

Their vote seemingly punishes those they should most want to help: their constituents and supporters. But the bigger picture shows instead the desire to free their constituents from the damaging big government policies that put them on the government dole. The want to create an environment where they can find another job that can sustain them above the poverty line, and off of Medicaid.

Republicans want to do away with this Democrat-created problem. Their fundamental goal is to free Americans from this horrible, failed big government mechanism. Its aim was to ultimately create a single-payer, totally government-controlled healthcare system that would mirror the British system. You know the one: it recently took control of decisions on seriously ill infant Charlie Gard’s care away from his parents, and effectively ordered the Charlie’s death.

That case demonstrates precisely how government-run healthcare can, and likely will, degenerate into a system where government makes decisions about who lives and dies. And that explains why Republicans seem to vote against their constituents’ interests.