America now being challenged by a crisis of integrity 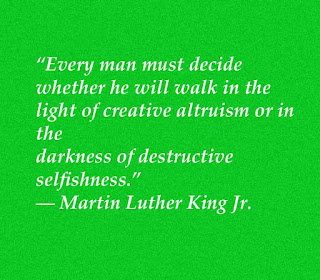 Integrity is defined as adherence to moral and ethical principles; soundness of moral character; honesty. As a society we have moral values, professional ethics and other rules that we are expected to uphold at all times and under all circumstances. When we adhere to professional ethics, the rules of life, and the body of laws, we have a desirable society that is principled, and functions smoothly and efficiently.

In today’s America, evidence of lost integrity is all around us: millions of out-of-wedlock children, people who are not needy collecting welfare benefits, frivolous or questionable lawsuits, and a long list of crimes.

And in the political realm we witness inflammatory language, protests shutting down protected free speech, media taking sides, mob violence and other outrages that have grown to epidemic proportions. These activities are strong evidence of the abandonment of basic human integrity as well as professional integrity.

An immediate danger to the nation and its people is the insanity that has evolved since the election of Donald Trump as president. Lots of people – Republicans, Democrats and the politically unaffiliated – show signs of hysteria. Many are dedicated to bringing Trump down, and seem to be devoted to a “damn the torpedoes, full speed ahead” philosophy, giving little thought to the repercussions this ill-advised path may likely produce.

Trump’s enemies say that he lit the fuse, and he undoubtedly contributed to the current atmosphere. But just because you dislike or hate Trump and his policies, does not entitle you to lie, cheat, commit acts of violence, and behave in a manner that subverts America. If you didn’t support Trump in the election there is only one sensible and honorable path for you to take: Get over it. And remember that you are an American and he legitimately is America’s president. 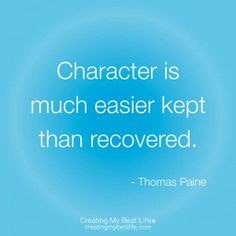 Last week The New York Times published an editorial stating as fact that when a gunman shot Arizona Democrat Rep. Gabby Giffords in 2011, he was reacting to a political map created by Sarah Palin showing areas that were “targeted” in the coming election. That was untrue, discredited years ago, and The Times corrected its humiliating blunder. But doesn’t journalistic integrity demand that such known details be found before publication? Clearly, integrity sometimes takes a holiday at The Times.

It is very common these days for a news organization to attribute information to an “anonymous” or “unnamed” source. Sometimes, of course, a legitimate source needs the protection of anonymity. But the downside is that this tool can be overused, can be used to cover a non-credible source, or even used when there is no source at all. Add to this the tendency to exaggerate, and even create false stories, and the information upon which we all rely becomes unreliable.

If you’ve ever worked with an attorney you probably noticed how detailed legal language is, so that the exact intent of a document is clear. Yet, we find judges today who abandon the plain language of an Executive Order in favor of what they imagine was in the mind of its author in ruling in favor of a challenge to the Order. It looks as if political desire replaced judicial integrity.

And what about administrative agency employees who abandon their duty to their country, the American people they are paid to serve, and their ultimate boss, to play politics, leaking sensitive information, and even classified information in a cheap and disgusting ploy to damage a duly elected president?

Those who foolishly undermine national security because of their emotional inability to adapt to reality may someday wonder what exactly their behavior has done to their once free and wonderful country.

A lot of political hay can be made in such an atmosphere, and the beneficiaries of this are some elected public servants as well as appointed bureaucrats. Such behavior is the stuff of third-world hellholes, and the abandonment of professional and personal integrity moves America ever closer to becoming one of those.

On the one hand anti-Trumpers denigrate and belittle Trump, and on the other hand they raise him to a high level, one so great that they use it to justify abandoning near-sacred elements of their professions and common decency. It is Trump’s fault, they assert, that they indulged in behavior that is dangerous and often illegal.

Commentator Charles Krauthammer said on Fox News recently, “When you say ‘unless we stop Donald Trump, the republic will not survive,’ then that justifies anything. That’s the language, the ideology, the rationale of terrorists...” And, it produces behavior that will destroy the republic.

We cannot and must not excuse criminal behavior, like the shooting at a Republican Congressional baseball game practice earlier this month, or even the mob violence of late, as the result of foolish and inflammatory language. But it does not help diffuse the raw craving of those who consider resorting to violence when politicians speak rashly, the news media takes a partisan position, the judiciary abandons plain language in favor of political expediency, and other examples of acting outside the narrow path dictated by integrity and moral character.
Posted by James Shott at 6/20/2017 08:19:00 PM

It's a serious problem.