The Left declares war on expressing ideas, except for their ideas 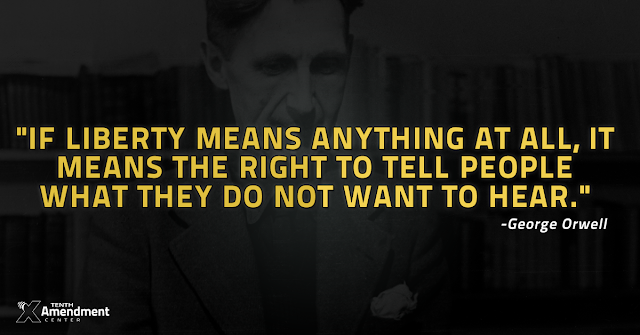 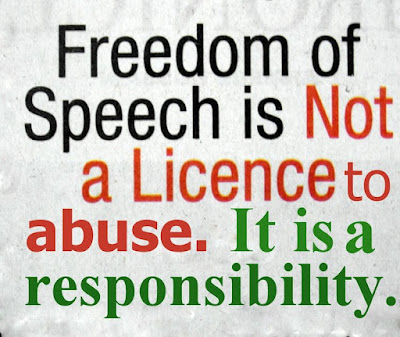 In many American colleges, students expect to be protected from any material that is at odds with their limited ideas. Easily frustrated when their expectations of ideological isolation are breached, petulance results and protests are organized.

This same fear of and intolerance for different ideas brings out older protesters who also are intolerant of having to work to convince non-believers of the superiority of their ideas, which leads to breaking, burning, and otherwise damaging and destroying things, and bullying their way along, because that is an easy substitute for the arduous work of intellectual persuasion.

The ideological divide is so great that many on the Left will not listen to, read, or otherwise have any contact with ideas that disagree with their millimeter-wide field of views, and worse, they will try to prevent even those who choose to explore those ideas from doing so.

The protests of old, once an activity to show one’s disagreement with disliked ideas in a constitutional, legal and peaceful protest with marchers carrying signs, has devolved into crime-laden events where black-clad, mask-wearing, anti-free speech mobs commit violence, property damage and personal injury.

Increasingly violent protests at the University of California - Berkeley prompted officials to cancel a speech by conservative writer and activist Milo Yiannopoulous in February. More than 1,500 people gathered to protest Yiannopoulous, at the time was an editor for the Breitbart News website. Protesters held signs that read "Hate Speech Is Not Free Speech,” pledging to shut down the event, all the while demonstrating their profound ignorance of the First Amendment.

What began as a peaceful demonstration degenerated as the night wore on, police said. Protesters threw smoke bombs, knocked down barriers, set fires and started fights.

Conservative commentator Ann Coulter was slated to speak at UC - Berkeley late last month at the invitation of the Berkeley College Republicans. But the school said the event couldn’t be held on campus because of the potential for violent protests between pro-Coulter groups and anti-Coulter groups. Berkeley was unwilling to discourage violence and protect people on its campus, so the speech was moved off campus.

Ironically, these two events occurred at the site where the free speech movement originated in the 60s when Berkeley students insisted that the university administration lift the ban of on-campus political activities and acknowledge the students' right to free speech and academic freedom. Is UC - Berkeley now the home of the anti-free speech movement?

Ultimately, the speech was cancelled when UC – Berkeley caved in its duty to uphold its noble defense of free speech.

Not all of the Left is opposed to different ideas, or the concept of free speech. Sen. Bernie Sanders, I-Vt., while condemning Coulter’s ideas, to his credit defended her right to express them, and said “people have a right to give their two cents-worth, give a speech, without fear of violence and intimidation.”

“Berkeley used to be the cradle of free speech. Now it’s just the cradle for [expletive deleted] babies,” said Bill Maher, host of HBO’s Real Time. “… I feel like this is the liberals’ version of book burning. It’s got to stop.”

An anonymous email is the reason that Portland, Oregon cancelled last weekend’s annual Rose Festival parade, according to The Washington Post. Angered by the participation of the Multnomah County Republican Party, two self-described antifascist groups pledged to protest and disrupt the event.

“You have seen how much power we have downtown and that the police cannot stop us from shutting down roads so please consider your decision wisely,” the email said, referring to the post-election violence last year. “This is nonnegotiable.” The groups threatened to “rush into the parade” and “drag and push” those Republicans participating.

Many of these protesters are victims of coddling and protective treatment that has convinced them that they are somehow special and entitled to play by their own rules, which more and more reflect a tendency toward exercising strong dictatorial control where people are not allowed to disagree with them – in a word: fascism. More confusion by the Left was demonstrated when the people who call their movement “antifascism” depend upon fascist tactics to accomplish their fascist goals.

Many people, including those on the right who are the target of these criminal acts, are fed up with this behavior to the point of taking action. Some of them are willing to meet violence with violence, as was cited by UC-Berkeley in the Coulter speech calamity. This fascist behavior is a large pimple on the face of the Left, making Democrats and others on that side of the political spectrum look particularly foolish, and un-American.

The Democrat Party is generally regarded as the head of the American Left, but the Democrats are in disarray, desperately searching for a leader – will it be Schumer, Obama, Biden, Hillary, Perez (Heaven help us) – and a sensible course to follow, other than merely stomping their feet and holding their breath protesting the election of five months ago, and obstructing everything.

And the fascist wing needs to very quickly be educated the about the freedoms this great country provides that they apparently didn’t learn in school.

These anarchists are getting worse by the day!