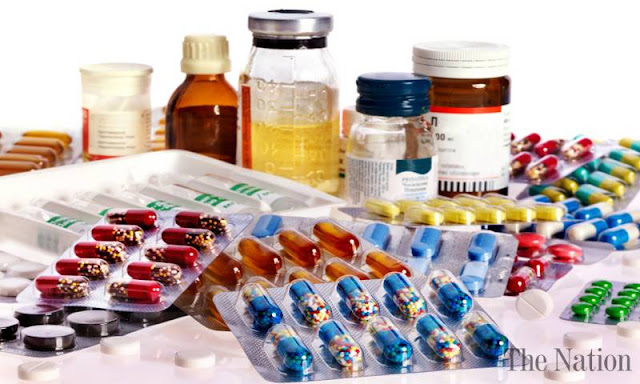 During the presidential campaign, Donald Trump identified and pledged to repair a number of problems facing the country. Among those problems were high tax rates, over-regulation, repealing and replacing Obamacare, the high cost of prescription drugs, immigration, and strengthening the military. All these need solutions, and all will be difficult to solve.

Illustrating the difficulty in changing entrenched policies and practices is the high price of prescription drugs. Early on, the administration’s handling of this issue seems confused. President Trump has changed his focus a couple of times; part of the process of learning the differences between running a business and running a country, perhaps.

He is caught between helping consumers get better prices, and at the same time not hamstringing the companies that manufacture crucial and beneficial medications.

First, Trump met with prominent Democrats, like Representative Elijah Cummings, D-MD, and promised to lower drug costs, and then he met with drug company executives and backed away from that promise.

The goal hasn’t really changed, but figuring out how to get there is tricky, and the reality is that the president has limited power to bring it about.

Many are content to blame high drug prices on greedy pharmaceutical manufacturers, and that sometimes is a reasonable criticism. But that view ignores the steep hill manufacturers have to climb to get needed drugs to market. It takes the creation of 1,000 drug formulas before the right one is found and gets through that step to clinical testing and patent protection, and only 8 percent of those getting to the testing phase actually pass FDA requirements for approval.

Thus, many years and millions or billions of dollars later, a beneficial drug makes it to market. The pharmaceutical company then has to sell enough of the product in the remaining few years of the exclusivity period or patent protection to cover those enormous costs before other companies are free to produce a generic form without investing much to do so.

And then, someone who takes the drug and has a bad experience may sue the manufacturer, despite the stringent quality requirements for FDA approval, and the fact that the drug was prescribed for the plaintiff by a physician. Such lawsuits add to the substantial costs of manufacturing drugs.

If Trump negotiates with manufacturers to get prices down and threatens that if they don’t lower prices the government – the largest drug buyer – won’t buy their drugs, he risks preventing Medicare and Medicaid recipients from getting what in most cases are the best drugs on the market. And without sufficient profit from their products, pharmaceutical companies will be substantially hampered in funding research necessary for new and better drugs.

Even a successful negotiation for Medicaid/Medicare has no effect on those Americans with private insurance through their employers, or through exchanges, or otherwise. Their prices would undoubtedly rise as drug makers try to recoup money lost due to the government paying lower prices.

Going back to the steep hill drug manufacturers must climb to produce a marketable drug, working to streamline the FDA’s approval process can certainly reduce the length of time it takes and also reduce the cost to get drugs through the approval maze and to market. For example, when Mylan acquired the EpiPen and raised the price by about 400 percent, two manufacturers had competing products that had been awaiting approval for five years. Had there been a streamlined approval process, there would have been no EpiPen price gouging.

Tanner also points out that during this fiasco, “in Europe there were three different versions of the product on the market.”

“And finally,” he wrote, “we can inject more consumer choice into the health-care system by expanding health savings accounts and transitioning Medicare to a system of premium support. Nothing more effectively disciplines a market and forces down prices than engaged consumers spending their own money.”

It is easy to outline solutions; it is much more difficult to actually get them done.

Only 30 days into his presidency, Democrats and much of the media criticize Trump for nearly everything he has done and not done, and a good bit comes from some on the Right, as well. The traditional honeymoon period, where a new president is allowed 100 days to get his administration formed and active, ended before it began for Trump. And to be objective, the president often pokes the bear, further complicating things. But there is little recognition for the things Trump has accomplished, compared to the manic nit picking that passes for news these days.

Congress needs to stop hemming and hawing, and get busy, and the Democrats and anti-Trump media need to abandon their obstruction and focus their criticism on things that really deserve it, and give the Trump presidency the same hands-off treatment Barack Obama received for eight years, or at least until the honeymoon is really over.
Posted by James Shott at 2/21/2017 08:58:00 AM