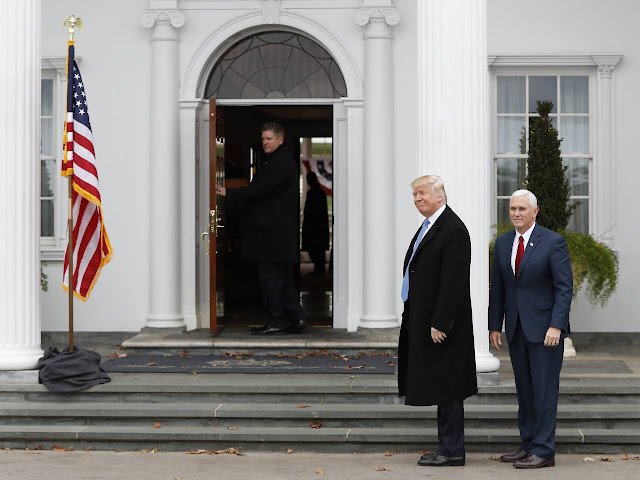 The fact that Donald Trump, the President-Elect of the United States, is following an unconventional path toward assembling his administration is precisely what anyone who has paid attention to the campaign and election process should expect. And yet, more than a year after he started down the path to become president, the left still seemingly can’t quite figure out Donald Trump. Failing to exercise caution about what to do when they find themselves in unfamiliar territory, the left doles out generous criticism of that which they so poorly understand. Clearly, desperation, and more than a little hysteria, rules the left these days.

Coming from the world of business, Trump selects his team like a CEO, using not political considerations, but focusing on competence in management: top retired military people and successful business people, people who have proved themselves in endeavors other than as a long-time or lifetime government functionary.

And that is really why the left is horrified. It’s not that they don’t understand Trump, it is that they are offended and in disbelief that the voters have given them and their idea of government a big thumbs down, and they simply cannot, and will not adapt to this reality.

The narrow view that you have to be a career bureaucrat or politician, or a manic ideologue in order to successfully handle an important government position is the height of arrogance. It ignores reality, the fact that there are tens of thousands of successful people outside government that are every bit as qualified and competent as is a career politician or bureaucrat, and it certainly is possible that such a person might actually be better at it, because they will bring a vastly different approach to the job. In business and the military, efficiency is a fundamental element for success, but in government, efficiency is not common.

They have forgotten, never knew, or perhaps have just ignored the fact that the first Americans to serve in executive or legislative positions were common people, business people: farmers, bankers, blacksmiths, lawyers, surveyors, printers, merchants, etc. And in the early decades they served their country in office part of the time, and plied their private sector trade at home the rest of the time. Given the generally below-par performance of the federal government, restoring this characteristic to government service is one of the better changes we can make.

President Obama used political and ideological factors to make his selections; relying on people he knew who shared his leftist viewpoint.

Contrast that with Trump’s approach, which is selecting people for important positions from a practicality standpoint: Who can do this job well? Who will follow the rules, appreciate and abide by Constitutional limits on government? Transition insiders suggest that he will carefully select these leaders, and then leave them to run their departments, and not micro-manage them.

Trump has named four retired military general officers for positions in his administration, so far. The left finds this to be a very scary exercise, given that our government is supposed to be a civilian government. It seems unpersuasive to the critics on the left that these four talented and successful gentlemen are – as required – civilians, given that their military careers ended with their retirement. Obama named three generals to his cabinet without so much as a peep from the lefties. And, of course, Dwight D. Eisenhower, the 34th President of the United States, was a retired 5-star General of the Army.

Critics say that Trump’s choices to head massive federal agencies and departments fail the competency test because they have never run anything with thousands or tens of thousands of employees, as federal agencies have today. While the size of an operation is certainly a factor, the skill of management is not necessarily defined by how large the organization or department is. Further, this criticism rests on the absurd idea that the only person with input into the operation of a department is its director. This is one area where long-term government employees can be very useful, providing important guidance and input.

Obama’s disastrous 8-year presidency has been defined by ideological and political considerations. Remember the “Fast and Furious” gunrunning scandal that cost the life of a Border Patrol agent? Lois Learner using the IRS against conservative applicants for tax-exempt status? The EPA’s unilateral creation of rules with the force of law that pitted the federal government against an American industry, and put tens of thousands of Americans working in and with the coal industry out of work? Jamming Obamacare down the throats of Americans, and preventing participation in that process by Congressional Republicans?

The different approach of a Trump presidency might shock people simply because it is not the same old process that we now have. However, “different” does not automatically mean “not as good,” and may very well be much better. Despite the damage to the nation of the Obama years, the nation survived. The chances that Trump’s approach to governing will be worse than that are highly unlikely.
Posted by James Shott at 12/13/2016 01:54:00 PM