2016 is the year that saw both major political parties collapse 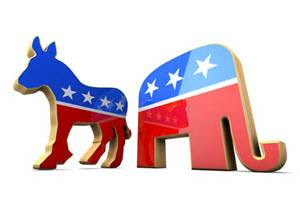 The election of 2016 will be remembered – and reviled, by many – for years to come.

One party’s establishment had a coronation in mind; the other party’s had a primary process it thought would produce a milquetoast candidate along the lines of the Republican majorities in both houses of Congress that failed to stand their ground. Both parties were wrong, and what transpired during the primary process and the election shocked millions.

The Republican Party's collapse began years ago, when it forgot that it was the keeper of the nation’s conservative foundations, and squandered many opportunities to make positive and needed changes and to stop an imperialist president. That collapse peaked during the primary season. Among the 17 candidates was Donald Trump, a non-politician who attracted the attention of the voters with his intention to “Make America Great Again” and his promise to “drain the swamp.” His political inexperience was ridiculed and his appeal underestimated by nearly everyone, but against the desires of the establishment Republicans and despite their subversive efforts, he won the nomination comfortably.

Along the way to winning the GOP nomination, Trump churned up enormous amounts of bad will among both Republicans and Democrats. All of that chaos rendered the GOP so badly splintered that it was barely recognizable as a political party. But Trump won the all-but-destroyed GOP’s nomination, defied the conventional wisdom and the millions of Hillary faithful and won a significant Electoral College victory.

The Democrat Party's collapse began as a strong, blinding emotion for Hillary Clinton to again declare her desire to be crowned the first female President of the United States that had been on-hold for eight years. After all, it is time for a female president, right, and who is more deserving than she? With the exception of Bernie Sanders’ strong challenge to her anticipated coronation, the signs of collapse were obscured to Democrats and liberals by their overwhelming desire for a female president.

But on the campaign trail Clinton insulted Trump supporters, saying, “you could put half of Trump’s supporters into what I call the basket of deplorables,” and generally ran a poor campaign. Her strategy was largely to slam Trump for nearly everything he did and said. She is not particularly likeable, and her list of scandals and bad judgment did not help her lagging popularity. That the jig was up became obvious early Wednesday morning, and Clinton was reportedly so disconsolate that she did not even concede the election until hours later. The pain lingers for Clinton and her supporters to this day.

What has happened to the two parties since their respective collapse is that the Republicans actually began a gradual restoration before Election Day, with some anti-Trumpers, perhaps grudgingly, coming around to give some degree of support to their party’s candidate. And as President-Elect Trump has been steadily assembling his administration, other prominent Republicans have been coming on board.

The GOP still has a long way to go, however, but is well ahead of the Democrats, who cannot accept the fact that Clinton did not win the election. They were so, so, so sure of their vision of a first-ever female president; but they were so, so, so wrong. Their disillusionment and desperation is palpable.

They didn’t notice the level of dissatisfaction of the people, and still haven’t realized what happened. Instead, they blame FBI Director James Comey’s crazy behavior in the email scandal investigation and Clinton’s inferior campaigning as causes for the loss, never aware that after eight years of President Barack Obama’s failed policies, the country wants change.

Having missed the reason for their defeat, they aren’t working to revitalize the party, but instead are indulging in playground-style name-calling and criticizing everything Trump says and does, labeling him and his choices for positions racists, sexists, misogynists, bigots, homophobes, and white nationalists. And last week rather than try someone new with different ideas, House Democrats re-elected California’s Nancy Pelosi as Minority Leader.

While Trump focuses on carefully selecting people for administration positions – capable people the left would never have thought of – those selections are automatically considered bad and are setting the country up for major failure.

Democrats and the left media are stunned that the new president has different ideas about what the country needs than they have, and have lost all semblance of common sense over Trump accepting a congratulatory phone call from the democratically elected president of Taiwan, on the grounds that it would upset China. The idea that an American president ought to check with any nation before talking to a national leader is preposterous.

Trump has ably demonstrated that he, like all of us, is an imperfect being. He is not a politician; he does not think like a politician, act like a politician, nor speak like a politician. Those who support him and voted for him understand that he will have failures and shortcomings, and will make mistakes, as all previous presidents have, and all future presidents will. Nevertheless, all of this will become fuel for fires the left will kindle, and will throw misunderstood context, misconstrued comments and exaggeration on a flickering flame trying to start a blaze.