Evangelicals face a difficult but clear choice on Nov. 8th 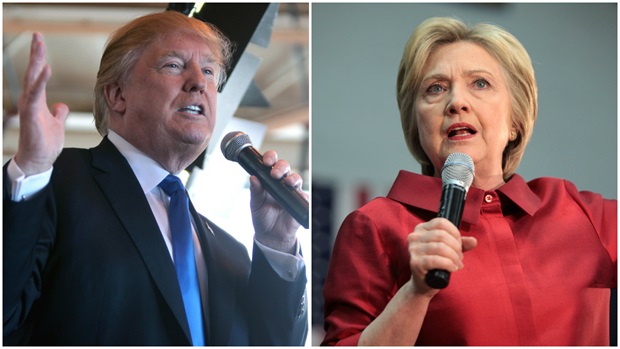 Of all of us are struggling with the difficult task of selecting from four candidates for President of the United States, with the two leading candidates having shown themselves to be highly flawed. But perhaps evangelical Christians have the most difficult task.

Since NBC “Today” co-host Billy Bush released the 11 year-old recording of vulgar “locker-room” banter between himself and Donald Trump, and since the recent accusations of Trump making inappropriate sexual advances to several women years ago, Christian’s face the question of how to react to the moral infractions that have been shown, and alleged.

Andy Crouch, the executive editor of Christianity Today magazine, expressed the general displeasure of evangelical leaders to these things, writing, “Indeed, there is hardly any public person in America today who has more exemplified the ‘earthly nature’ … that Paul urges the Colossians to shed: ‘sexual immorality, impurity, lust, evil desires, and greed, which is idolatry’ (3:5). This is an incredibly apt summary of Trump’s life to date. Idolatry, greed, and sexual immorality are intertwined in individual lives and whole societies.”

Those who have been around for more than a few years remember a similar situation involving President Bill Clinton and then-First Lady, and now presidential candidate, Hillary Clinton from the mid-1990s. In both cases religious folks had plenty to object to on moral grounds.

Bill Clinton’s affair with a White House intern led to his impeachment by the House of Representatives, not for his immoral conduct, but for lying about it under oath to a federal grand jury. Despite this, Clinton was able to finish his second term as President.

While nearly everyone agrees that such conduct is wrong, not everyone agrees on how important these kinds of things are in terms of whether they should disqualify someone from becoming or remaining President of the United States. It obviously was not considered important enough to remove Bill Clinton from office.

But that was then and this is now, and today Christians and Christian activities are being criticized as never before. A faction of the public wants to ban public Christmas scenes, and to malign religious institutions in general.

Donald Trump’s political enemies think evangelicals must focus on the she-said/he-said of the recent allegations of inappropriate sexual advances on women, and believe that if these allegations are true he should be disqualified from the presidency.

However, many or most evangelical Republican leaders are sticking with Trump, saying that despite his lewd comments there is no other real option for them. They generally say they will not abandon Trump, as quite a few Republicans in Congress have already done.

“It’s not like this is new,” said Family Research Council President Tony Perkins. “That’s why I aggressively supported another candidate in the primary, Ted Cruz, who I share values with. But we only have a choice between Hillary Clinton and Donald Trump now.” And Franklin Graham conceded that while Trump’s comments on the recording are troubling, they are not sufficient to abandon him, and that the “godless progressive agenda of Barack Obama and Hillary Clinton likewise cannot be defended.”

Evangelicals face criticism for not walking away from Trump and his immoral behavior, but they realize that one of the two flawed candidates will win the election, and they must support the one that has the best plan for the country and the most favorable view of the place of religion in their lives. Trump may fail the first test, but he passes with flying colors on the second one.

American Values President Gary Bauer believes that if Hillary Clinton becomes president, religious schools will be forced to do things that are against their religious principles; she will appoint liberal justices to the Supreme Court; religious displays in the public square will face bans; and Clinton has expressed hostility for Second Amendment rights. Donald Trump takes the appropriate view of these things.

“And, he wrote, “voters should do everything they can to make sure Crooked Hillary never steps foot in the Oval Office!”

Basically, most evangelical leaders seem to offer this rationale: We are not voting to fill a vacancy among the Seven Archangels; we are voting for the President of the United States. They realize that Trump’s views on the Supreme Court, the flawed tax system, the dangerously high National Debt and deficit spending; the severely weakened military; our weakened relations with foreign nations; the stagnant economy and lack of good jobs; the immigration problems; and liberal attacks on guaranteed rights are the most important considerations in who to vote for in this election.

Christian leaders are displeased with Trump’s actions, but recognize that as imperfect as he may be as a human being, he is a vastly better choice for President of the United States for them than Hillary Clinton, who will win the election if more people abandon Trump for morality reasons.