Elections are too important to allow voting system insecurities

Drug companies – “Big Pharma,” as they are called – are targets in America. Especially with Mylan’s recent EpiPen pricing issue and earlier when Turing’s odious CEO Martin Shkreli raised the price of Daraprim by more than 55 times, from $13.50 per pill to $750 per, and his smug reaction to criticism over that questionable move. There are bad guys in all areas of life, of course, and pharmaceutical companies are no exception. Perhaps these two examples are evidence of bad players at work.

Without getting into the minutiae of either of these situations – and certainly not defending either Mylan or Turing – here is some badly needed and eye-opening information about the business of producing pharmaceuticals.

Making drugs is a business, and like other manufacturers drug producers find something people need or want and produce it. Life-saving drugs, or drugs that improve our health are valuable and needed. Drug companies spend billions of dollars over many years to develop useful, needed pharmaceutical products, improve them so that they will meet or surpass the FDA’s strict standards, and once approved market them.

In June of this year, the American Action Forum released research addressing the process of producing new drugs. The process “is extraordinarily expensive and time consuming,” the article stated. “A Tufts University study found that the average cost to bring just one drug to the market is about $2.6 billion. It takes an average of 15 years from the time a drug developer first begins testing a new formula until it is approved by the FDA. Only 1 in 1,000 drug formulas will ever enter pre-clinical testing, and of those, roughly 8 percent will ultimately receive FDA approval.”

Let’s say PharmX creates 100,000 drug formulas, but only one in a thousand, or 100 of them, gets to pre-clinical testing and only eight will receive FDA approval. PharmX will have invested on average $2.6 billion in each one of the eight. The company has to sell enough of each of those eight drugs to pay for its development, and to have enough left over to finance new research and development, and some profit.

Like other inventors, drug companies patent their products, or receive an exclusivity period. A patent is issued for 20 years from the date of filing, and drug makers usually file early in the development stage to prevent other companies from moving in on their idea. If it takes an average of 15 years to get a drug through approval and to market, the pharmaceutical company has on average only five years to sell enough of the drug to recoup the $2.6 billion in development, approval and marketing costs. At the end of the patent period and/or the exclusivity period, another drug maker might make a generic form of the drug, and sell it for a lot less.

Another aspect of this issue is when drugs made by US companies cost more at home than they do in other countries, such as Canada. It doesn’t seem right that Canadians can buy American drugs cheaper than Americans can. But what is the drug company supposed to do when the Canadian government, or another government, wants to buy millions of dollars of its product at lower than market price when it is trying to recoup billions in costs? There are likely other drugs made by other companies that treat the same disease that these governments could buy instead, so should the drug company pass up that opportunity, leave the millions of dollars on the table, and perhaps suffer financially as a result, while a competitor sells millions of dollars of its product to these countries at a below-market price?

Another obstacle to manufacturers’ ability to recoup the cost of bringing a new drug to market is that regulations imposed by other countries, perhaps to protect one of their own companies, makes the potential market for sales smaller.

And, despite the rigorous development and testing process required to gain the FDA’s approval that the drug is safe for public use, the required warnings about potential side effects and such that go on product sheets, and the fact that drugs are prescribed by patient’s doctors, drug manufacturers still get sued by patients.

Doing business in the U.S. is a real challenge, with often burdensome and unreasonable regulations and other hurdles that must be negotiated that make producing needed and wanted products and services difficult and expensive.

The more expensive drug production is, the greater the need for high prices. While we would all like lower prices for drugs and healthcare in general, we also want to continue to have companies developing new and better drugs and medical devices. 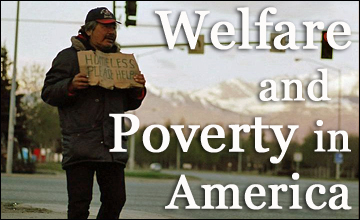 Americans, it is said, are the most generous people in the world. We give to our friends and neighbors and fellow countrymen when they need help, of course, but we also help those who live thousands of miles away in other countries.

We are quick to provide a “hand up” to Americans in need, to help them over rough spots and get them back on their feet so that they can then take care of themselves. There are those who for various reasons are unable to help themselves, and we don’t mind continuing to provide assistance for them.

The hand up is sometimes called a “safety net,” a device to save those truly in need from falling into despair. But for many the safety net has turned into a hammock, no longer a device to help out in an emergency or time of trouble, but an easy way of life for those who would rather let others provide for them than provide for themselves.

This is sometimes a matter of availing themselves of a good opportunity, while at other times it is a matter of culture: Far too many Americans have been taught through actual experience that it is not so difficult to live off the government and charitable interests.

A friend taught a class in the 80s in a junior high school whose student body had a not-so-good reputation for academic achievement. He told the story about his first six-week grading period, using a grading system that was designed to reward honest effort as much as a grasp of the subject matter to get a passing grade. Of the 37 students in his class, half failed; only a few earned decent grades.

When he asked them how they were going to survive after they grew up and were on their own, if they were unable to get a passing grade in a class designed to guarantee passing if you just made an honest effort, one of the students said: “Well, Mr. Smith, I’m going to do like my parents: be on welfare.” That career choice surprised him, and so did the agreement of many of the other students.

This situation, mirrored in towns and cities across the nation, is the result not of the “hand up” efforts of caring Americans, but of hammock-like government welfare programs, which give much but demand little.

President Lyndon Johnson declared a War on Poverty in the January 1964 State of the Union address. “This administration today, here and now, declares unconditional war on poverty in America,” Johnson stated.

His actual stated goal was not to prop up living standards artificially through an ever-expanding welfare state, but instead to strike “at the causes, not just the consequences of poverty.” Ultimately, he wanted “not only to relieve the symptom of poverty, but to cure it and, above all, to prevent it.” A noble goal, as so many government initiatives are, at least at first.

Twenty years ago, another president pledged to “end welfare as we know it.” On August 22, 1996, President Bill Clinton filled a campaign promise by signing welfare reform, the Personal Responsibility and Work Opportunity Act, into law.

This time there were new wrinkles: after two years of receiving benefits, welfare recipients would be required to work, and incentives were removed that encouraged having children out of wedlock and breaking up families to get benefits. There was also a five-year lifetime limit on total time of receiving benefits without working.

How have these programs worked out? Familyfacts.org reported in 2012, “Total federal and state welfare spending has increased more than 16-fold since 1964. Even since the 1996 welfare reform replaced Aid to Families with Dependent Children (AFDC) with the Temporary Assistance for Needy Families (TANF) program, spending has increased by 76 percent and by more than 20 percent since 2008.”

President Obama, the Washington Examiner reports, “took the Great Recession as an opportunity to get as many households as possible into the food stamp program, an important part of his stimulus package. One result was that the number of able-bodied adults with no children who receive food assistance doubled.”

Because the value of food stamps and welfare payments are looked at as income, the overall poverty rate has not changed much since the War on Poverty began. However, both the number of Americans on welfare and total welfare spending have soared.

The goal should be to reduce both poverty and welfare spending. Two states, Kansas and Maine, have implemented a requirement for able-bodied childless adults to work for food-stamp benefits, and the results are impressive.

When it was easy to stay home and collect food benefits, many were happy to do so. But when required to work, these recipients quickly got out of the hammock and went to work, abandoning government support.