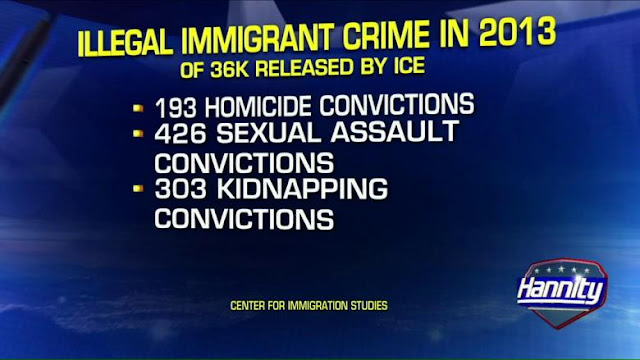 A common refrain about immigration is that the U.S. “is a nation of immigrants.” People coming to the colonies built what would become the United States of America, and since then millions have immigrated here.

“Most immigrant groups that had formerly come to America by choice seemed distinct, but in fact had many similarities,” as ushistory.org explains. “Most had come from Northern and Western Europe. Most had some experience with representative democracy. With the exception of the Irish, most were Protestant. Many were literate, and some possessed a fair degree of wealth.”

Most, but not all immigrants intended to become American citizens. Some, however, returned to their native land after earning money to send home. Not all were good people; some were criminals, mentally ill, anarchists, and alcoholics.

Furthermore, many Americans were not thrilled about immigration, and ushistory.org tells us, “In 1917, Congress required the passing of a literacy test to gain admission. Finally, in 1924, the door was shut to millions by placing an absolute cap on new immigrants based on ethnicity. That cap was based on the United States population of 1890 and was therefore designed to favor the previous immigrant groups.”

Throughout the decades and the problems and controversy that accompanied immigration, diversity came to the US, which had become a nation of primarily peaceful, self-reliant, hard-working people, qualities they generally passed on to the next generation.

Our government has the duty to admit immigrants who want to become good American citizens, as demonstrated in the previously discussed examples of acts affecting immigration. No sensible person would allow people they cannot be virtually certain are good and honorable people into their homes; our government must be every bit as cautious.

But instead we find that the current immigration system is wholly dysfunctional, and the responsibility goes squarely on the shoulders of President Barack Obama and his administration. The idea held by many on the Left – that we are morally obligated to admit any and all who seek entry, legally or otherwise – is not just dumb, it is dangerous. And that concept has no basis in history or in the Constitution.

Nevertheless, that foolish idea has strong support, and it set the stage for what happened in a hearing of the House Oversight & Government Reform Committee this past April, when Chairman Jason Chaffetz, R-Utah, addressed comments to those testifying, including Immigration and Customs Enforcement director Sarah Soldana.

Chaffetz listed some startling facts:
** In a three-year period Immigration and Customs Enforcement (ICE) has released more than 86,000 criminal aliens into the American public. These are people who were here illegally, got caught committing a crime, were convicted of that crime, and instead of deporting them, they were released back out into the United States of America. All told they had more than 231,000 crimes of which they were convicted.
** In 2015, 196 of these people were convicted of homicide, and ICE released them back into the public, rather than deporting them.
** One hundred and twenty-four of those who were released between 2010 and 2015 went on to commit homicide.
** In 2013 ICE released 36,007 criminal aliens who were unlawfully in the United States. As of September 2014, 5,700 of those individuals went on to commit additional crimes.
** In March of 2015, the director of ICE testified before this committee that during fiscal year 2014 ICE released another 30,558 individuals with a combined 79,059 criminal convictions, instead of deporting them. Of those 30,558 criminal aliens 1,895 were charged with another crime following their release, including sex offenses, assault, burglary, robbery, and driving under the influence.

“And ICE told us that in 2015 the agency released 19,723 criminal aliens with a combined 64,197 convictions,” Chaffetz said, “including: 934 sex offenses, 804 robberies, 216 kidnappings, and 196 homicide-related convictions. And that’s on your watch.” They were here illegally, committed crimes, were caught, tried and convicted, and then turned loose to prey on the American people again.

He then displayed an aerial photo of Notre Dame football stadium filled with game watchers, and said, “You released more people that were convicted of crimes and should have been deported than you can fit into that stadium. You’d still have people waiting outside in line. Those are the criminals that you released instead of deporting.”

Government’s job is to seal the borders from illegal entry, to thoroughly vet people before letting the acceptable ones in, and to prosecute and punish criminals. Put them in jail, or at the very least deport them and keep them out.

Do these colossal government failures rise to the level of criminal offenses? Should they? Or, is such dangerous and irresponsible behavior “merely” gross malfeasance? Is there no penalty for such wrongdoing, whether criminal or not?

Not in the administration of Barack Obama, where apparently the treacherous operation of this immigration system is a matter of celebration by his supporters.
Posted by James Shott at 8/23/2016 07:40:00 PM