Signs of a culture that is collapsing: higher education in disarray 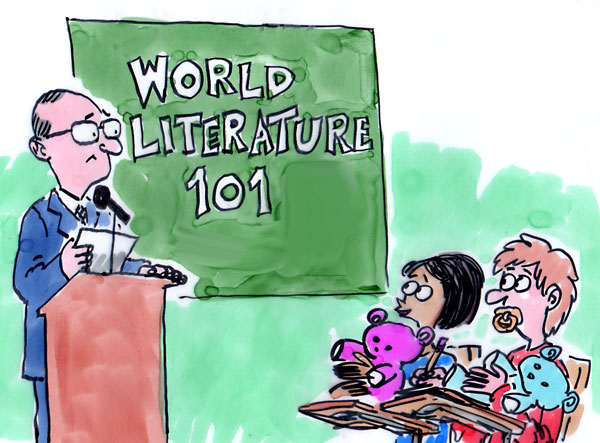 Higher education today is a mess. Many institutions are involved in an arms race, strongly competing to attract students with scholarship and student loan money they bring with them. Institutions are building facilities that are much more fancy, thus more appealing, than ever before. New dorms, sports and fitness centers, student centers, dining facilities; the list goes on.

And the “everybody needs to go to college” craze has put thousands on campuses that don’t need a traditional college degree.

Those of us who went to college many years before this arms race began endured sparsely appointed dorms and other comparatively plain-Jane facilities, but managed to come out with a solid education. That austere environment is not good enough anymore.

A 2014 survey by the University of California Los Angeles showed that there are five times more liberal professors than conservative professors on college faculties these days. The worst aspect of this is that many of them have taken on the role of proselytizers, forsaking their duty to guide learning and maturation in their subject area in favor of indoctrinating students into the poisonous world of leftist politics, which they now refer to as “progressivism,” since “liberalism” is no longer credible.

The liberalization of the college campus has led to a disintegration of the traditional college atmosphere at many institutions, where students once were exposed to and challenged by a broad range of ideas. That healthy environment has become an intellectually stultifying atmosphere where students are afraid of their own shadows, and ideas differing from their narrow range of acceptable ideas send kids running to hide under the bed in their hotel-like dorm room.

“Trigger warnings” are expected or required to protect those who desire only peace and harmony in their environment from “unsuitable” content, and “safe zones,” where students may seek refuge from the rigors of life, are routine. Student demands played a part in these developments

The recent focus on transgenderism, and the bending-over-backward efforts to accommodate it, has produced a policy at West Virginia University, where anyone failing to use the personal pronoun preferred by each and every person who claims to be transgender is breaking a federal law on sexual discrimination, and will be treated as a lawbreaker by the university, despite that transgenderism has absolutely no grounding in science whatsoever.

Two questions arise: (1) How does someone know which of WVU’s 29,000 students claims to be transgender, and (2) in the event they actually are able to discern this, how are they supposed to know which of the 30 different pronouns approved by WVU applies to which person?

“According to one study of the 2010 census,” notes breibart.com, “the population of transgender people amounts to one in every 2,400 Americans, or 0.03 percent of the adult population.” Another question: How few people are too few to propel the politically correct into action, spawning another uproar over some thought or action that has virtually no affect?

Back in the 60s and 70s a long and often-troubled struggle to desegregate schools and put black and white students in the same learning environment reached its peak. Forty years later, some want to reverse that. Everything old is new again.

Columnist and professor Walter Williams writes, “Hampshire College will offer some of its students what the school euphemistically calls ‘identity-based housing.’ That’s segregated housing for students who — because of their race, culture, gender or sexual orientation — have ‘historically experienced oppression.’” This idea extends to racially segregated classes where students will feel better when surrounded by those just like them.

In his column titled “College Campus Lunacy,” Williams supports that title by listing some course titles that if completed successfully confer college credit on students: “Philosophy and Star Trek,” “Demystifying the Hipster,” “Recreational Tree Climbing,” and “Kayne vs. Everybody.” Such courses, he said, are the work of faculty, to whom college presidents and trustees have apparently surrendered the running of those institutions.

Now, however, an institution of higher education has decided that it’s time to call a halt to political correctness. University of Chicago Dean of Students John Ellison warned incoming students in a letter that there is no tolerance for the kind of student demands that have emerged recently. “Our commitment to academic freedom means that we do not support so-called ‘trigger warnings,’ we do not cancel invited speakers because their topics might prove controversial, and we do not condone the creation of intellectual ‘safe spaces’ where individuals can retreat from ideas and perspectives at odds with their own.”

“Members of our community are encouraged to speak, write, listen, challenge, and learn, without fear of censorship,” Ellison wrote. Noting the importance of civility among and between parties, he stated, “We expect members of our community to be engaged in rigorous debate, discussion, and even disagreement. At times, this may challenge you and even cause discomfort.”

A college education should help prepare young people to cope with life, not to fear it. Political correctness is an infection threatening the nation. Getting rid of it on campuses is a big step toward producing young Americans that are educated, grown up, and prepared to experience life.
Posted by James Shott at 8/30/2016 10:21:00 AM