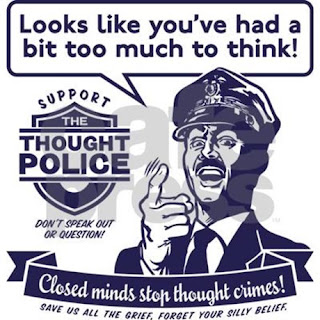 Here in America, the land of the free, it ought to take actual wrongdoing for government to act against individuals and organizations. And when those in positions of authority in government are properly serving the people they work for, that is the way it is.

Alas, that is not always so. It seems to be getting more frequent to see misfeasance by public servants who, rather than seeking out criminal or civil misbehavior, now use their offices that they are paid to operate honorably for purposes outside their scope of responsibility. Apparently the punishment for abdicating one’s sworn duty to honorably do his/her job are insufficient to discourage bad behavior. Or maybe it is because people rarely are held accountable and punished for their misfeasance.

Perhaps the best-known recent episode of such public dis-service was the targeting for harassment of conservative organizations that had filed for non-profit status with the IRS, a function under the control of one Lois Lerner.

During a Congressional hearing investigating the affair, Lerner refused to answer questions, hiding behind the 5Th Amendment’s protection from self-incrimination, later resigning her federal position and, having avoided criminal charges, lives peacefully on her government pension.

While Lerner used her IRS position against political adversaries, public servant misbehavior also creeps into the area of harassing ideological adversaries. The environmental left’s position that burning fossil fuels significantly harms the environment is based upon evidence so weak and heavily disputed that a substantial number of Americans – perhaps a majority – reject the idea. Unable to convince people through the strength of scientific evidence, the liberals then resort to using the power of government to force people into line.

This time the target is ExxonMobil and a dozen independent groups that are in the crosshairs of a state prosecutor because they do not accept the idea that fossil fuels significantly damage the environment, and have had the unmitigated gall to express their opinion publicly.

Earlier this month ExxonMobil released a copy of an April 19 subpoena filed by Massachusetts Attorney General Maura Healey demanding forty years of communications regarding climate change from the company and the organizations. Exxon has filed a motion for injunction in U.S. District Court for the Northern District of Texas, accusing Healey of waging a politically motivated fishing expedition aimed at silencing oppositional opinion on climate change.

Did Exxon engage in legally actionable fraud as Healy claims? “Fossil fuel companies that deceived investors and consumers about the dangers of climate change should be, must be held accountable,” she said, referring to what she called the “troubling disconnect between what Exxon knew, what industry folks knew and what the company and industry chose to share with investors and with the American public.”

Healy’s statement suggests that someone can be held criminally liable for knowing the left’s argument about climate change, and failing to discard their own opinion in favor of that argument. Merely knowing that the environmental faction thinks fossil fuel use is harming the environment makes you legally obligated to adopt it, even if you do not agree and, more importantly, even if there is no actual proof that assumption is correct.

Healy and the fellow travelers on the left seem to believe that their opinion becomes truth, merely because they believe it, even if it has never been proven true or valid, and if you disagree you can face legal action. Free speech and the First Amendment apparently no longer apply where climate change is concerned.

Of this poorly thought through legal fiasco, Alex Epstein, whose Center for Industrial Progress is one of the dozen organizations targeted by Healy along with Exxon, had this to say: “What ExxonMobil is being prosecuted for is expressing an opinion about the evidence that the government disagrees with … There is a fundamental distinction in civilized society between fraud and opinion.”

In his excellent book The Moral Case for Fossil Fuels, Epstein advances the position that fossil fuel use has provided millions and millions of people wonderful advantages in terms of higher living standards, increased life expectancy, decreased infant and child mortality than they would have had without fossil fuels, and he references the manic climate change narrative that produced repeated predictions of doom that did not materialize.

A fundamental truth in the United States is that one may hold and espouse any opinion he or she chooses, without regard to whether that opinion is true or false; it is not a crime to disagree, even if the subject is climate change.

This effort to force acceptance of the weak theory of fossil fuels damaging the environment is an initiative of “AGs United for Clean Power.” This perhaps signals a coming expanded effort to silence disagreement. But it has aroused the attention of 13 attorneys general, who signed a letter to their counterparts across the country that said: “We think this effort by our colleagues to police the global warming debate through the power of the subpoena is a grave mistake.”

Whether that letter will help redirect AGs tempted to the dark side or not is unknown. But it is a step in the right direction.
Posted by James Shott at 6/28/2016 10:24:00 AM