Strong resistance to federal overreach is overdue, but growing 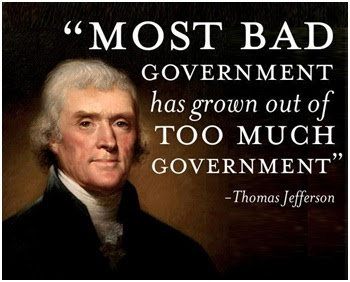 For four years, an organic farmer in Indiana was harassed when he supplied raw milk to the local organic co-ops. What prompted this action was what the Goshen News reported in 2010 as an outbreak of campylobacter bacterial infections “that might be traceable to the Forest Grove Dairy.”

Obviously, if bad milk makes people sick, health departments need to be involved, however, farm owner David Hochstetler told the paper at the time that health departments had not visited the farm to investigate, and he was never found to have sold bad milk.

Despite never having his product tied to the outbreak, Hochstetler’s farm was subjected to frequent inspections and harassment by two federal agencies, the Food and Drug Administration and the Department of Justice, actions believed to be aimed at closing down the dairy farm. And then Elkhart County Sheriff David Rogers responded to Hochstetler’s complaint, realized there was no justification for such harassment, and stepped in and blocked this over-reach from the federal government.

Rogers wrote to the DOJ telling them he would take action, including “removal or arrest” of federal agents, if the inspectors came without a signed warrant specifying probable cause and giving a clear reason justifying their invasive searches.

Rogers explained in the local newspaper, “My research concluded that no one was getting sick from this distribution of this raw milk. It appeared to be harassment by the FDA and the DOJ, and making unconstitutional searches, in my opinion. The farmer told me that he no longer wished to cooperate with the inspections of his property.”

You may be wondering why federal agencies were involved in what clearly was a local/state issue. This is not unusual.

The Daily Caller reported a year ago on the Environmental Protection Agency’s (EPA) Waters of the United States rule that critics say “would allow the agency to regulate waterways previously not under federal jurisdiction, including puddles, ditches and isolated wetlands.”

The EPA may be the agency that has done the most damage to the U.S. economy and business operations with its over-zealous and intrusive mandates, concerning such things as incandescent light bulbs, toilets that use “too much” water, limiting wood burning and charcoal use, and now extending its tentacles to regulating temporary water collections on private property.

Many states are growing tired of these overreaches. A bill introduced in the Indiana State Legislature reflects that state’s frustration. The bill nullifies all of the EPA’s regulations and places all environmental protection authority with the state’s Department of Environmental Management. And 24 states, including Indiana, have filed a lawsuit in federal court to strike down the new source performance standards affecting new coal burning power plants.

The EPA’s costly excesses and other excessive behaviors by administrative agencies trample all over the plain language the Founders deliberately wrote into the U.S. Constitution through the Tenth Amendment, which states: “The Powers not delegated to the United States by the Constitution, nor prohibited by it to the States, are reserved to the States respectively, or to the people.”

However, it is the wont of federal bureaucracies to grow like weeds, often with the tacit approval of our elected representatives in Congress, and not infrequently at their behest. Bureaucrats isolate themselves into protected enclaves extending their reach beyond that which is appropriate. They often do serious harm to their bosses, the American people, usually without accountability for their misdeeds.

Having escaped the heavy hand of King George only a few years before, the Framers of the U.S. Constitution sought to create a document establishing a new government for the United States that could not evolve to be as oppressive as Mother England had been; a government “of the people, by the people and for the people.” It was no accident that the phrase “the people” is mentioned five times in the Bill of Rights.

The Legal Information Institute of the Cornell University Law School explains: “The U.S. Constitution grants the federal government with power over issues of national concern, while the state governments, generally, have jurisdiction over issues of domestic concern. While the federal government can enact laws governing the entire country, its powers are enumerated, or limited; it only has the specific powers allotted to it in the Constitution.”

Some constitutional scholars and experts have described the Tenth Amendment as the Bill of Rights’ “catch-all” amendment, a strong reminder to federal lawmakers and officials that the federal government has strict limits, and everything outside those limits is under the control of the states.

The checks and balances of our governmental system give Congress the duty and the authority to oppose excessive behavior by the executive branch. The federal budget is an excellent tool for this purpose. It is shameful that these elected representatives have so often and for so long failed to protect their own Constitutional authority and, more importantly, the best interests of the people they were elected and sworn to represent.

The failure of Congress to oppose over-zealous federal agencies means the states have no other choice but to strongly oppose the unconstitutional federal intrusions, either through legal action, or by actions like that of Sheriff Rogers.
Posted by James Shott at 5/10/2016 09:09:00 AM