America’s long, difficult trek from tyranny and oppression to … 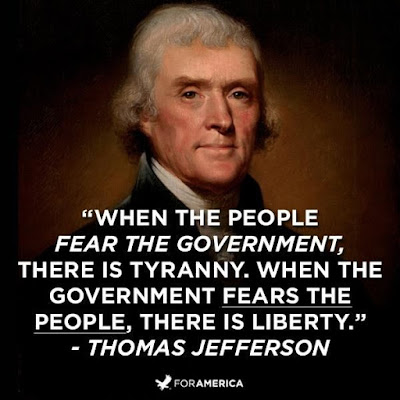 North America’s colonists were necessarily daring and independent, otherwise they would not have ventured to the New World. Being so far from Mother England, they needed and were able to establish colonial governing bodies, which could levy taxes, muster troops, and enact laws.

As time passed the colonies strengthened, and began seeing themselves as independent states, and their obedience to and dependence on the British Crown was receding into the background.

As the future leaders of the United States grew into those roles in the colonial legislatures, they also studied the ideas of the Enlightenment: the social contract, limited government, the separation of powers and the consent of the governed, ideas at odds with the heavy hand of King George.

The colonies found many things imposed by England objectionable, such as the Sugar Act that increased duties on sugar imported from the West Indies; the Currency Act that devalued Colonial currencies; the Quartering Act that forced colonists to house and feed British soldiers if necessary; the cruelty of the British Army at the Boston Massacre; the Stamp Act taxing many common items; and the Tea Act that spawned the Boston Tea Party.
Nearly two and one-half centuries later we are again facing a heavy hand, this time not from a monarch, but from the government created by those colonists after they had had enough heavy handedness, and fought for and won their freedom.

Our government’s objectionable activities from the recent past include an inspector general’s report showing that the IRS had targeted conservative groups for lengthy and onerous review of their applications for non-profit status. And cases such as when an Army veteran heard banging on his door before dawn, then he and his two young boys spent several hours in police cars in their jammies as a Department of Education SWAT team searched his home because his wife, who didn’t live there any more, had defaulted on her education loans.

A program of the Department of Justice called “Operation Chokepoint” is used to put the financial squeeze on legal industries the administration doesn’t like, such as firearms sellers and payday lenders.

Another program known as civil asset forfeiture allows police to seize, and then keep or sell, any property they allege is involved in a crime. Owners need not ever be arrested or convicted of a crime for their cash, cars, or even real estate to be taken away permanently by the government.

Wonder how the colonists would have reacted to these outrages had they been perpetrated by King George?

Today, the federal government has its fingers in virtually every aspect of our lives, and often it is very involved. Its activities no longer are effectively limited as directed by the U.S. Constitution. The federal government largely controls education at the local level, regulates mud puddles on private property, and now has taken control of the way Americans receive their healthcare.

With the force of law it now espouses positions based not upon Constitutional principles, but based upon ideology and political impulses.

One of the most ominous to date is the effort announced earlier this month to use the full force of the federal government, which has adopted one side of a vigorous debate on the effects of humans on the world’s climate, to criminally charge businesses that argue against the government’s chosen position with racketeering under RICO laws.

“Treating climate change as an absolute, unassailable fact, instead of what it is — an unproven, controversial scientific theory — a group of state attorneys general have announced that they will be targeting any companies that challenge the catastrophic climate change religion,” say Hans von Spakovsky and Cole Wintheiser in The Daily Signal.

Ignoring America’s principle of freedom of thought and speech, New York Attorney General Eric Schneiderman said last month, “The bottom line is simple: Climate change is real,” and he is threatening to pursue companies he claims are committing fraud by “lying” about the dangers of climate change “to the fullest extent of the law.”

Unsurprisingly, sixteen of the seventeen are Democrats, while the Virgin Islands AG is an independent. And no farcical climate inquisition would be complete without the participation of former vice president and climate change beneficiary Al Gore.

U.S. Attorney General Loretta Lynch admits that the Justice Department is discussing the possibility of pursing civil actions against climate change doubters, and that the FBI has been asked to consider if it meets the criteria for federal law enforcement to take action. Tyranny rears its ugly head.

When the political left cannot prevail through the strength of its arguments in the arena of free ideas, it resorts to force. That is unconditional surrender, a testament to the failure of liberalism as a practical ideology.
Posted by James Shott at 4/12/2016 09:43:00 AM