Washington warned us. We forgot his warnings, and are paying for it. 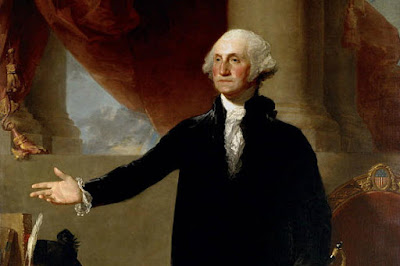 In his farewell address at the end of his second term as president on September 19, 1796, George Washington warned the nation of the problems with political parties “in the most solemn manner against the baneful effects of the spirit of party generally.”

The “spirit of party” has its roots in the “strongest passions of the human mind,” he said, and exists in all governments, to varying degrees, being stifled, controlled or repressed in most. But even in the young nation he had led, perhaps because of the high degree of freedom provided by its Constitution, “is seen in its greatest rankness, and is truly their worst enemy.”

Looking across the political landscape today, Washington’s words are brought to life. And he can objectively address the issue of political parties, as he is the only president to have had no party affiliation. Washington had to be persuaded to seek a second term, and refused to run for a third term, despite great popular support for him to do so.

Essentially, parties are dangerous because they are collections of persons who share passions, and inevitably passion creates ideas that do not fit within constitutional guidelines.

Perhaps there exists a circumstance that prompts the party to encourage expanding the meaning of the General Welfare Clause to deliver “welfare”; to imagine the need for a federal department to dictate the kinds of light bulbs or toilets we should buy; or to reinterpret the plain language of the Second Amendment “for the common good.” None of these actions are legitimate under the processes set forth by the Constitution. Such ideas may highjack party members, and shift their attention from strict adherence to the principles of the Constitution.

“Well,” the members may say, “the Founders could not have foreseen this development. The Constitution does not address this.” The party starts to rationalize how to achieve these things without following the methods provided to change the Constitution.

Maybe this perspective results from a sincere desire to fix a significant problem; maybe it is merely means to an end. Either way, it is a step away from the intent and the letter of the law of the land. Devising circuitous routes to somehow find a way to do what the Constitution does not say you may do is objectively wrong, yet our government has grown absurdly large and expensive and immorally oppressive as a result of precisely these types of activities, and is what Washington warned of.

“[T]he common and continual mischiefs of the spirit of party are sufficient to make it the interest and duty of a wise people to discourage and restrain it,” Washington advised. “It serves always to distract the public councils and enfeeble the public administration. It agitates the community with ill-founded jealousies and false alarms, kindles the animosity of one part against another, foments occasionally riot and insurrection. It opens the door to foreign influence and corruption, which finds a facilitated access to the government itself through the channels of party passions.”

America’s elected leaders have seemed to be more concerned with the activities of political parties – the spirit of party – than with focusing on the principles of the governing document. This has made a mishmash of a once-clearly defined government structure. It is a tribute to the government structure the Founders’ created, however, that even after these attacks on its foundations, it still remains singularly better than any other nation on Earth. That may not be true for much longer, however.

The idea of originalism, the dedication to the language and intent of the Constitution, will draw strong disagreement from those that maintain that a document created more than 200 years ago cannot possibly apply satisfactorily to today’s circumstances. Which proves Washington’s point rather well, as it is primarily ideologically driven political parties and their adherents that want to loosen the specific language espousing the principles of the Founders, so that it means what they want it to mean, rather than what is says.

The leadership of the Democrat Party long ago adopted liberalism/socialism in stronger and weaker forms, and many/most of its goals run headlong into Constitutional prohibitions.

So liberals in both parties have decided that rather than properly change the Constitution through amendments or a constitutional convention – either of which is a long, difficult path to follow – they will instead sneak through the back door, pretending that the Constitution is outdated and must therefore be reinterpreted, all the while aided in their subversion by like-minded liberal judges.