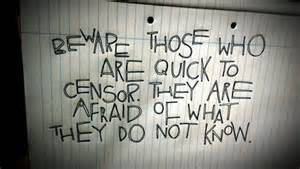 An email last week from the Committee For A Constructive Tomorrow (CFACT) and a story in the Bluefield Daily Telegraph the following morning noted that the West Virginia Board of Education voted to open up state teaching standards so that students would be able to consider both sides of a contemporary debate.

Say, what? The state Board of Education had to have a special vote to allow more than one side of a critical issue to be studied in West Virginia’s public schools? Well, yes, more or less, since the Next Generation Science Standards that the BOE was considering for adoption were worded such that global warming is settled science, and therefore not a proper topic for debate.

During the deliberations on the standards last December, the Charleston Gazette reported that BOE member Wade Linger requested several changes be made to the standards prior to their being offered for public comment, like this one: “There was a question in there that said: ‘Ask questions to clarify evidence of the factors that have caused the rise in global temperatures over the past century,” Mr. Linger was quoted as saying. “... If you have that as a standard, then that presupposes that global temperatures have risen over the past century, and, of course, there’s debate about that.” He suggested adding the words “and fall” after “rise” to the sixth-grade science standard, and that change some others were adopted.

One wonders exactly what “teachers, professors and others” fear from opening debate on this topic, or any topic?

CFACT reports that Executive Director Craig Rucker, and climate news and information service editor Marc Morano, along with students from West Virginia University and Marshall University who belong to CFACT Collegian chapters at the schools, all testified before the Board.

On April 8 the Board voted to open up teaching standards to permit students to consider both sides in the climate debate by a 6-2 vote. CFACT reported that, “Supporters of the changes, including board members Wade Linger and Tom Campbell, argued that ‘science is never settled’ and that debate will lead students into a deeper understanding of the issue.”

Let’s congratulate the state BOE for finally getting it right, and award special kudos to Mr. Linger and Mr. Campbell for their leadership in blowing away the dark clouds of censorship, and opening the way for contrary ideas to be voiced and discussed. And let’s also acknowledge the efforts of CFACT and WVU and MU students for taking a stand for openness in public education.

Some issues are considered beyond debate, like that the Earth orbits the Sun and the Moon orbits the Earth, that day follows night and night follows day, and that the Earth is not flat. But that does not mean that there can’t be any discussion or that some can’t reject those ideas if they so choose.

In the early 1600s it was “settled science” that the Earth was the center of the universe, a view held by virtually all scientists of the time and by the Catholic Church, supported by Biblical references. Then came Galileo, a scientist who professed heliocentrism – a sun-centered system in which Earth and other heavenly bodies all orbited the Sun – a theory he had developed through observations.

His heretical ideas, like those of today’s climate realists who disagree that man’s activities are contributing to any meaningful degree in the Earth’s temperature, were out of step with the current dogma, but were correct that Earth was not the center of the universe. For daring to express contrary ideas, Galileo faced the Inquisition, and in 1616 was ordered “... to abandon completely... the opinion that the sun stands still at the center of the world and the earth moves, and henceforth not to hold, teach, or defend it in any way whatever, either orally or in writing.”

Galileo was correct that Earth was not the center of the universe, and his theory displaced the previously held “settled science” of geocentrism. Only later would Galileo’s heliocentric idea be found to also not be completely accurate. Settled science once again fell to objective investigation.

One gets the idea that climate alarmists’ positions are so weak that they have to prevent contrary views from being aired for their ideas to win the day.

However, limiting discussion of controversial topics is precisely the wrong thing to do. Why would any reasonable and objective person object to discussing opposing views of important issues such as global warming/climate change, abortion, gun control, vaccinations, the “right” and “wrong” kinds of foods and drinks to consume? As BOE members Linger and Campbell pointed out, such openness will lead only to a deeper understanding of the issues.

There is certainly nothing wrong with the concept of standards of learning, but school boards at every level must be careful to assure that by adopting a set of standards they are not actually imposing ideological perspectives on young, impressionable minds.
Posted by James Shott at 4/14/2015 09:00:00 AM