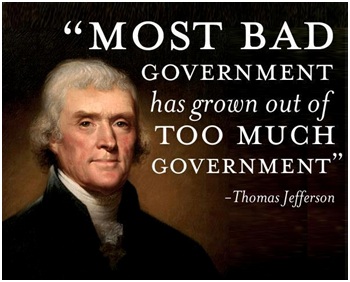 Sometimes, something beneficial results from a horrible tragedy. The intolerable chaos at Veterans Affairs is one such tragedy from which something useful emerged: America finally knows how out of control the VA has become.

It’s horrible that it took the mistreatment of thousands and the lives of at least 40 American veterans, who trusted their government to provide them adequate care in return for their service to the country, to bring this to the nation’s attention, but now people are aware, and they are angry about this disgusting situation.

The VA has had been a mixed blessing for veterans, providing good care to many, but treating others with neglect. The problems started a long time before Barack Obama was elected President of the United States, but the confusion and malfeasance we see today have grown to be far worse recently, despite Presidential assurances beginning seven years ago that it would be repaired.

“As president, I won’t stand for hundreds of thousands of veterans waiting for benefits. We’ll make sure our disabled vets received the benefits they deserve,” candidate Obama declared in 2007.

“I know you’ve heard this for years, but the leadership and resources we’re providing this time means that we’re going to be able to do it. That is our mission, and we are going to make it happen,” President Obama said in 2009.

And, he said a year later: “At the same time, every American who has ever worn the uniform must also know this:  Your country is going to take care of you when you come home.  Our nation’s commitment to our veterans, to you and your families, is a sacred trust.  And to me and my administration, upholding that trust is a moral obligation. That’s why I’ve charged Secretary Shinseki with building a 21st century VA. We’re going to keep on making historic commitments to our veterans.“

The President made similar promises in 2012 and 2013. They made no difference. Just empty words, like “If you like your health care plan, you will be able to keep your health care plan. Period.” Instead of action to fix the problems and discipline the bad behavior, many VA workers got bonuses.

It is very difficult to fire a federal employee for virtually any reason, because they belong to a union. Why do federal employees, who work for the entity that makes and enforces the rules of the workplace, need a union, and why did the government agree to allow a union to protect taxpayer-funded employees from discipline or dismissal for misfeasance?

The disgraceful performance of the VA is not the only example of a federal government out of control and drastically in need of overhaul. It is not just fat and sloppy, it is a danger to the freedom and safety of the citizens that it was created to serve and protect.

Several other agencies also fail their duty of service. It’s difficult to pick the worst offender from among the IRS, which used its power to attack political enemies; or the Department of Education, which sent a SWAT team to find a woman who had defaulted on a few thousand dollars in education loans; or the EPA, which has attempted to impose penalties for spilt milk and wants to regulate mud puddles on private property.

Let’s not forget the Bureau of Land Management, which has taken control of thousands of acres of state-owned land, ostensibly to protect a “threatened” species of turtle which is thriving, except for being killed off by that same federal agency; or the Department of Justice, whose Operation Choke Point goes after companies the administration considers politically objectionable, like those that sell guns, despite the fact that they are legal businesses.

These agencies could cause much less mischief with a staff half the current size. Currently, there are nearly 3 million federal civilian employees, about one for every 115 citizens. Last year the average total compensation for a federal civilian employee was about $133,000. Cutting the civilian workforce in half could save approximately $360 billion annually. What a boost to the private economy that would be, and what a relief from the overreaching of the bloated and mismanaged federal bureaucracy.

Of course, bad government is not limited to the feds, it also occurs at the state and local level, and also involves over-achieving and foolish behavior. A candidate for governor in Minnesota was in a park collecting signatures to get on the ballot. When police discovered he didn’t have the required permit, he was handcuffed and taken to headquarters.

Police were within their authority to arrest the man, but was that really necessary or desirable, or even sensible? Could they not simply have told him to stop and go get a permit? After all, in a country where a large number believe it’s wrong to require proof of citizenship in order to vote should a candidate be required to obtain a permit to “advertise” in order to get signatures to place his name on the ballot?

None of this is what America is supposed to be about. Someday enough people may figure this out and demand a return to good government.

You know I detest Obama, it's a well known fact, but even I can't put this on him, it was going on for a long time before he was even born... Sad too, our Vets deserve so much better..

I don't blame him for the VA being screwed, but I do hold to account for failing to do as he promised again and again, and fix it.

Yeah, I know. He never keeps a promise.