The United States of America: “a nation of laws, not a nation of men” 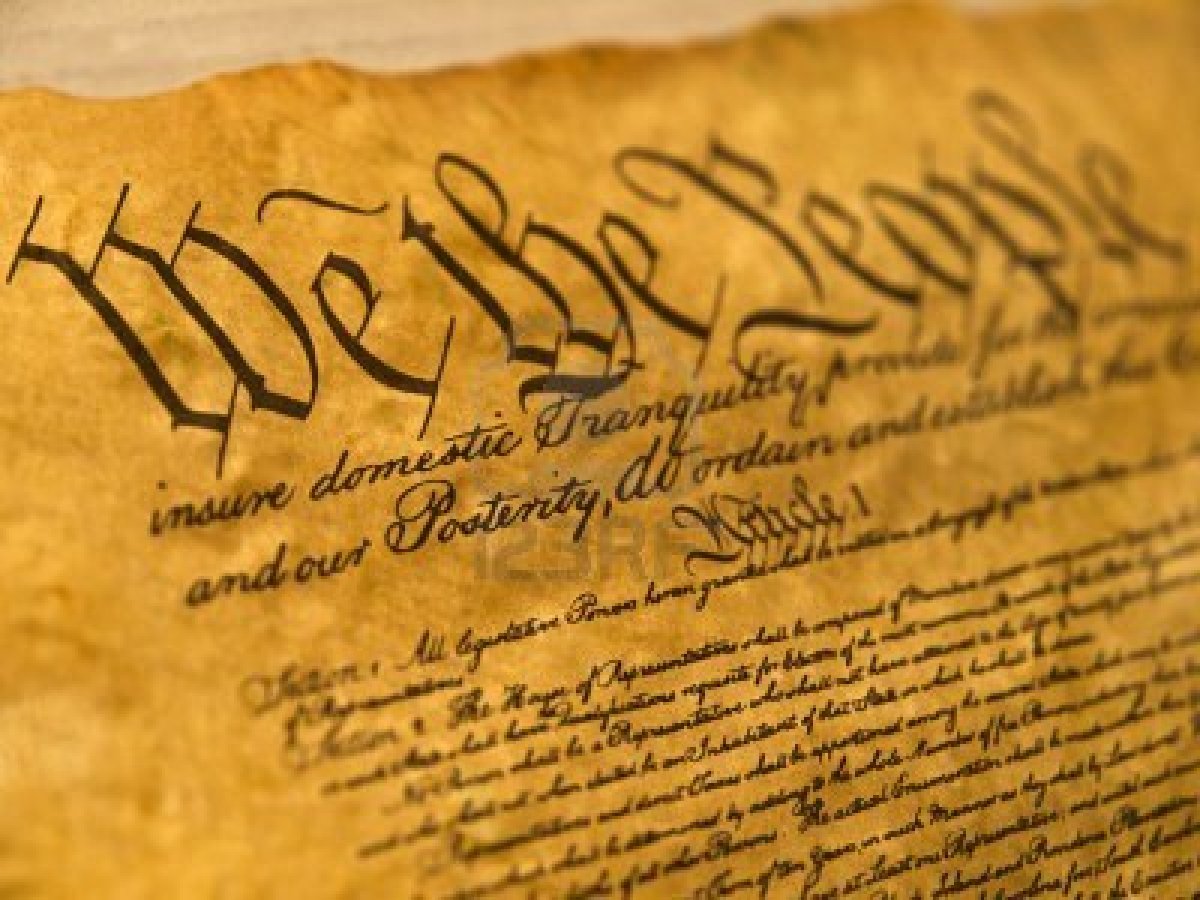 A primary element that has separated the United States of America from virtually every other nation in history is the concept of it being “a nation of laws, not a nation of men.”

“A nation of laws” means that laws, not people, rule. Everyone is to be governed by the same laws, regardless of their station; whether it is the most common American or Members of Congress, high-ranking bureaucrats or the President of the United States; all must be held to the just laws of America. No one is, or can be allowed to be, above the law.

This idea was paramount in the complex process of establishing the United States of America, a young nation whose brave leaders had put everything on the line to escape the tyranny and oppression of the British Crown, which at the time was a nation ruled by people, in the person of King George III.

The Founders wrote restrictions into the Constitution against bills or laws of attainder, which are laws that do not apply equally to everyone, but target specific persons or groups in their enforcement, and are also known as “bills of pains and penalties.” In the hands of corrupt officials, these laws could be used as a weapon that would give an incumbent politician a major advantage over anyone else.

Can there be a better way for a nation to deal with its citizens than treating all of them equally under the law? About the only people who would disagree with this concept are those who are in a position, or want to be, to abuse the law and use their official positions unfairly, or those who benefit from that abuse.

Sadly, there are plenty of these un-American folks on the loose.

If laws are too numerous, abusive, designed to help or penalize one group at the expense of others, that nation is not a nation of laws.

"We're a nation of laws, not of men and women," Senate Majority Leader Harry Reid declared, talking about a Nevada rancher refusing to pay grazing fees on land he and his ancestors grazed for free, until recently. Someone needs to remind Sen. Reid that what is good for the goose is good for the gander. He condemns one of his constituents for not obeying the law, but himself failed to bring a federal budget before the Senate for years, as required by Article I of the US Constitution.  He has violated his oath of office and terms of the Constitution, and has done so without penalty.

Attorney General Eric Holder earned the wrath of a federal judge for directing prosecutors to pursue shorter prison sentences for drug crimes before new guidelines for sentencing had been approved. “The law provides the Executive no authority to establish national sentencing policies based on speculation about how [the U.S. Sentencing Commission] and Congress might vote on a proposed amendment,” Judge William H. Pryor, Jr. remarked. AG Holder also advised state Attorneys General that they do not have to enforce laws they disagree with, which essentially renders laws meaningless. Apparently, Mr. Holder thinks only those laws individual government officials believe in are important. He does not have authority create these policies.

And then there is the President of the United States, Barack Obama. He who rules by Executive Order is at the top of the list of those destroying the ideal of  “a nation of laws.”

It’s not about the good intentions of an Executive Order; it’s about process, and the fact that in the United States we have a detailed process for changing laws, and that process does not empower the president to do so unilaterally. Congress must amend a law, or the judiciary can strike down an unconstitutional law.

So, when the Affordable Care Act (ACA) that the president so strongly advocated came up far short of the miracle we were told it would be, Mr. Obama suspended parts of the law to mitigate the harm it would cause, but that is not allowed by the Constitution. It ought to strike everyone as dangerous when the president says things like if Congress won’t do what he wants, he’ll use his pen to do it through an Executive Order. Perhaps he does not understand that the executive branch is equal to the legislative branch; the president is not more powerful than the Congress.

Speaking of Congress, it’s habit of shirking its law-making duty by passing legislation that enables administrative agencies to create and implement rules with the force of law goes a long way toward undermining the “nation of laws” concept. The Founders made Congress the law-making branch of the government, and did not allow for Congress to pass that duty to the executive branch.

The sad truth is that the United States is not functioning as a nation of laws today. That status must be restored, and soon, or our very freedom is at risk.

Note: past tense. This is no longer the case, as you note. But it's not just those who want to abuse the law or their positions who are responsible for this destructive shift.

There is a far larger segment of this society which simply doesn't comprehend the ideas of a constitutionally limited federal government, sovereign States, dual sovereignty or balanced federalism. Thanks to over 150 years of federal propaganda, and the "status quo" of the federal government being left as the sole authority to determine the limits of the federal government's powers, we live in a society that is utterly removed from the founding principles upon which the nation was structured.

This began with a president who arrogated to the federal government the authority to wage war on the nations' civilians, and they have been ruled as no more than subjectes in an empire, by D.C., using the precedent and ongoing threat of military force ever since. Even luminaries like Antonin Scalia have declared that the issue of State sovereignty was "settled" long ago (i.e., through military conflict; read: might makes right).

That some of us recognize "the sad truth" is no longer relevant. The critical mass of this society - a number that is growing every day - has chosen its future, and that future is diametrically opposed in almost every way to the concepts of Republic, federalism, limited government, individual liberty and individual responsibility. Railing against that is a waste of time, breath and bandwidth. The only people capable of understanding it are those who are already aware of the problem.