More crazy stuff from the world of “You can’t make this stuff up!” 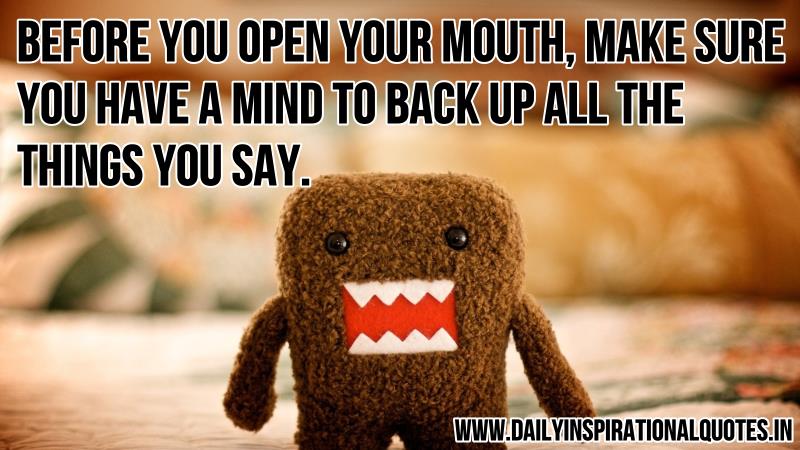 Everyone says something dumb once in a while, some more than others, of course, but some people in prominent positions have a real knack for it, and others seem to think they can say whatever they want to, and people will believe them. Worse, though, is that for some of these people, like politicians, there are millions of folks who do believe what they say, no matter how weird it may be, how unlikely to happen it is, or how simply unbelievable it is.

In the most recent example, you may remember that IRS official Lois Lerner was called to testify by three Congressional committees looking into the abuse of IRS power in the intimidation of conservative applicants for 501(c)(3) status, and after making a lengthy statement declaring her innocence then availed herself of the 5th Amendment protections against self-incrimination, and then refused to answer any questions. She apparently forgot that as a hired government worker, she is accountable for her actions to the American people.

The committees had requested Ms. Lerner’s emails months ago, but, Shazam!, the IRS announced the other day that, darn the luck, those emails have just disappeared.

Oh, well. Maybe the NSA or Edward Snowden has copies.

Just a couple of days earlier, Hillary Clinton, told the world that when hubby Bill finished his eight years as President of the United States they were broke and in debt.

That fails both the smell test and the laugh test. Is it possible? Yes, but doubtful.

The American taxpayers paid President Clinton $200,000 a year in wages, $1.6 million over his eight years in the White House. Presidents may have to pay for some of their normal expenses, like food, clothes, and such, but there are several expense accounts that enter into the picture, so it is difficult to imagine exhausting $1.6 million in only eight years with all the help presidents get through expense accounts.

On the other hand, given the liberal penchant for spending money they don’t have, it is entirely possible they really were broke and in debt, and if that is true, maybe we ought to remember that if Mrs. Clinton decides to seek the presidency.

Outlandish statements sometimes serve to cover up misdeeds of government employees and burnish the bona fides of politicos. Sometimes it’s difficult to make up things that are more ridiculous than what reality gives us, as we have just seen, while other times making stuff up is precisely what people do to mislead the public for some narrow political end, as the next example shows.

“Since the December 2012 shooting in Newtown, CT, there have been at least 74 school shootings in America.” So states the Website for “Everytown for Gun Safety,” which explains, “Everytown is a movement of Americans working together to end gun violence and build safer communities.”

If you are wondering why you haven’t heard about 74 more Sandy Hooks or Newtowns, it’s because there haven’t been 74 of them. In fact, CNN investigated these claims, and found that only 15 percent of them – 11 incidents – involved “a minor or adult actively shooting inside or near a school.”

Politifact “quotes a former member of the FBI’s Behavioral Analysis Unit as stating ‘[t]here is an ocean of difference’ between what average people consider a school shooting and various episodes in the Everytown accounting.”

Stipulated: Even one shooting in a school is one too many. But the dishonest use of data to try to scare people is intolerable.

Data from the Bureau of Justice Statistics (BJS) shows that the annual number of school-associated violent deaths, and the annual number of homicides and suicides of students ages 5-18 at school, were lower during the 2010-2011 school year than at any time in the last 20 years. And, in fact, they had been reduced by almost half.

Five of the 74 incidents involved accidental non-fatal shootings; and two other incidents were apparent acts of self-defense. Again, any shooting at a school, other than in self-defense or to stop someone from hurting or killing people, is unacceptable. But that is a very different matter than when someone intentionally shoots and kills or wounds kids.

“Everytown” is the brainchild of former New York Mayor Michael Bloomberg, and unfortunately contains the same absurdities as Mr. Bloomberg’s other manias, like his war on sodas.

If making things illegal actually worked, we’d have no drug problems, robberies, murders or rapes. If limiting the right of law-abiding citizens to own weapons as powerful as those criminals possess made any sense, people would support it.

Does anything say, “Come on in” to a criminal more succinctly than posting a “No Guns Allowed” sign on the door?