As the election approaches, let’s focus on what is really important 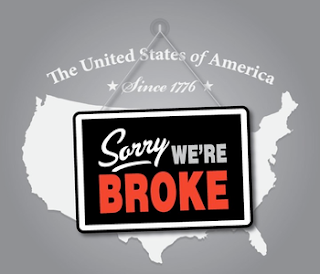 Even though the recession officially ended in June of 2009, America’s economy continues to languish:

In 1992, when Bill Clinton was running for president against incumbent George H.W. Bush in a much stronger economy than we have today, the major focus of Democrats was, “It’s the economy, stupid.” That is not their focus today. Mitt Romney’s tax returns are far more important to them.

If you are one of those wondering about Mr. Romney’s tax returns, ask yourself this question: If the tax laws are written to encourage people to do certain things that limit their tax liability through deductions or credits (such as charitable contributions), and if a high earner like Mitt Romney does some or all of those things the tax laws encourage taxpayers to do, and by doing those thing he pays little or no taxes to the federal government, why should anyone be concerned about that, or try to make Mitt Romney out to be some sort of un-American tax-dodger?

The answer, of course, is that the Democrat’s record provides nothing for them to talk about. They have made little if any progress against the nation’s substantial economic problems.

A July survey by the National Federation of Independent Business revealed that the top three concerns of small businesses were taxes, regulations, and poor sales. These concerns pose a significant problem, because small businesses are America’s job creators, the engine of the American economy. The Small Business Administration estimates that small businesses create about 65 percent of the nation's net new jobs, or jobs created minus jobs eliminated.

There are 1.2 million small businesses that employ workers and make more than $200,000 a year, and which pay taxes as individuals. The expiration of the “Bush tax cuts” raises their taxes and Ernst & Young estimates that more than 700,000 jobs will be lost.

The Heritage Foundation reports that "During the first three years of the Obama Administration, 106 new major federal regulations added more than $46 billion per year in new costs for Americans. Hundreds more regulations are winding through the rulemaking pipeline as a consequence of the Dodd–Frank financial-regulation law, the Patient Protection and Affordable Care Act, and the Environmental Protection Agency's global warming crusade, threatening to further weaken an anemic economy and job creation."

Businesses are also suffering from reduced sales, since so many people are out of work, and further impacted by rising fuel prices. This forces businesses either to raise prices to recoup the additional costs, which further discourages sales, or to absorb the costs, affecting profitability. Higher costs discourage hiring, and lower profits put businesses at risk of closing.

But let’s not let these dire circumstances cause us to take our eye off the ball. As the election approaches, we have to focus on Mitt Romney’s tax returns and other similar less significant things than the horrible economic and jobs pictures.

As his father George Romney said, when he released 12 years of his own taxes during his presidential run, "one year could be a fluke, perhaps done for show."

Mr. Romney is running for President of the United States.
This is a position of Trust.
Ronald Reagan said, "Trust but Verify."
Mr. Romney has said, "Trust me," re his tax returns.
It is not unreasonable for voters to want to "Verify.

What is the single issue on which Mr. Romney has never flip-flopped? He stands doggedly firm on never, under any circumstances, releasing his tax returns.

It is not just liberals who want to see Romney's tax returns.
It is 63% of American voters who do.

The longer Mr. Romney delays, the more suspicious it appears.

What is there to hide?

I believe we should take an environmental approach to the problems we face today RECYCLE the ideas that work,REUSE the and implement those ideas and finally REDUCE the number politicans in governmentto 1 per state. Have 1 president who has the final say and a cabinet made up of people to deal with the countries problem! 1 Minister for Education/Defence/Finance/Welfare/ Forgein Affairs/Employment/Business and Health.

I'm far more concerned with the horrible economy, which threatens every American if something isn't done to remove the obstacles Obama has put up thwart the recovery.

Obama took office with the perfect opportunity to promote recovery, and squandered the chance to help out-of-work Americans so he could pass a stimulus that didn't stimulate and a so-called healthcare reform measure that a majority of Americans opposed.

How much Mitt Romney has paid in taxes means nothing in comparison.

Maybe if Obama releases all the documents he has hidden from the public, we can talk about Romney's tax returns.

Smaller government and fewer politicians is a good step forward.

Who actually give a flying fuck about another person's tax returns? Someone with a big load of envy and self-doubt that's who.

Why don't we get to see President Empty Chairs' college records? They are JUST as relevant (not at all) to the current economy as Mitt's returns.

One corrections JS: The senate has not even SUBMITTED a budget in over 3 years, not just 'acted on'

The Senate is run by a do-less bunch.