My country tis of thee; land of dependency; what’s happening? 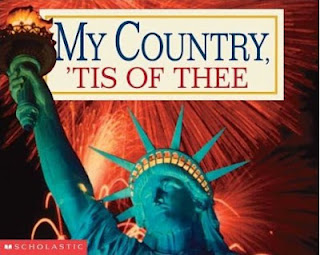 CNN Money reported in April that “more than one in three Americans lived in households that received Medicaid, food stamps or other means-based government assistance in mid-2010,” citing a study by the Mercatus Center at George Mason University.

“Some 26 percent of Americans lived in households where someone received Medicaid, while the figure was 15 percent for food stamps,” the report continued. “Those programs were by far the largest of the safety net.”

And, when Social Security, Medicare and unemployment benefits are included, nearly half of the nation -- more than 148 million Americans – lived in a household that received a government check, the CNN Money report continued.

It is shocking enough that so many of us get some form of government support – although Social Security and Medicare recipients are receiving money they paid into the system – but most stunning is that the price tag for all of that support hit the $2 trillion mark for fiscal 2010 and that the 2010 figure is nearly 75 percent higher than ten years ago.

Government Gone Wild reports that 41 percent of all births and 60 percent of all elderly long-term care is paid for by government, and that one out of three Americans lives in a household that receives food stamps, subsidized housing, cash welfare or Medicaid.

The food stamp program has been given the stigma-free title “SNAP” (Supplemental Nutrition Assistance Program) and the government now spends our tax money advertising food stamps to attract even more takers.

And, according to Judicial Watch, as part of the administrations’ campaign to eradicate “food insecure households,” the U.S. Department of Agriculture (USDA) awarded what the Oregon Department of Human Services (DHS) called a $5 million “performance bonus” for ensuring that Oregonians eligible for food benefits receive them and for its “swift processing of applications.”

It is the fifth consecutive year that Oregon has been recognized by the federal government for “exceptional administration” of the entitlement program, according to the DHS new release. One of every five Oregon residents receives food stamps, 780,000 in all, and that is 60 percent higher than in 2008.

And then there are unemployment benefits, at one point lasting up to 99 weeks – nearly two years. Even in times of high unemployment there are jobs available, but generous benefits provided for an extended period dulls the incentive for people to look for work, or even to start up their own business to earn a living.

The owner of a temporary staffing agency told a Florida newspaper that some prospects just aren't interested in working; they'd rather pick up unemployment checks. Other sources say many of those out of work feel it would be silly to take a job that pays less than the unemployment benefit, while some are comfortable waiting until the “right” job comes along to go back to work or wait until benefits have almost run out to look for work.

Programs that are supposed to provide temporary assistance for people in poverty or out of work have turned into long-term welfare programs that are so generous that they remove the incentive to earn one’s own way from those they are intended to help and turn them into dependents.

President Barack Obama reminded a campaign audience recently, “We’re the country that built the Intercontinental Railroad [yes, that’s what he said], the Interstate Highway System. We built the Hoover Dam. We built the Grand Central Station.” He’s correct about that. Well, not about the Intercontinental Railroad. But America accomplished those great things through self-reliance and positive ambition; it wasn’t done with only about half of us paying taxes to support the federal government while one-third received support from the federal government.

Tax payers are the ones who fund these federal support programs, but Government Gone Wild reports that while the number receiving these benefits is on the rise, the number of tax payers is falling. During Ronald Reagan’s administration only 19 percent of households didn’t pay any federal income tax, under Bill Clinton it jumped to 25 percent, it rose to 30 percent under George W. Bush, and under Barack Obama it has jumped to 47 percent.

A warning about what results from providing too much help to people is making the rounds on the social medium Facebook. It appears in the form of a photo of a newspaper clipping that reads: “The Food Stamp Program, administered by the U.S. Department of Agriculture, is proud be distributing the greatest amount of free meals and food stamps ever. Meanwhile, the National Park Service, administered by the U.S. Department of the Interior, asks us to ‘Please Do Not Feed the Animals.’ Their stated reason is because the animals will grow dependent on handouts and will not learn to take care of themselves.”

America is fast becoming a nation of dependents, and that is dangerous for two reasons. First, we simply can’t afford the cost of supporting so many people. But perhaps more important, continuing to rob people of the incentive to provide for themselves through over-generous government benefits is weakening the strong spirit of individualism that made this nation great. We need more, not less, of that.

"And then there are unemployment benefits, at one point lasting up to 99 weeks – nearly two years. Even in times of high unemployment there are jobs available, but generous benefits provided for an extended period dulls the incentive for people to look for work, or even to start up their own business to earn a living."

From the Bureau of Labor Statistics for May 2012:
3.6 million job openings
12.7 million unemployed

You could put a gun to their heads and at the end of the day 9 million people still would be unemployed. It's not a matter of incentives, it's a matter of aggregate demand for products being depressed to the point where businesses have no financial reason to hire additional workers.

" “The Food Stamp Program, administered by the U.S. Department of Agriculture, is proud be distributing the greatest amount of free meals and food stamps ever. Meanwhile, the National Park Service, administered by the U.S. Department of the Interior, asks us to ‘Please Do Not Feed the Animals.’ Their stated reason is because the animals will grow dependent on handouts and will not learn to take care of themselves.”"

Poor people are not wild animals, which makes this a pretty terrible quote to use in support of your argument. People want more from life generally than just food security and a hut that keeps the rain out. What you're suggesting is that people should starve to death in a depressed economy because of a bad example conflating wild animals to poverty.

I would appreciate it if you would identify yourself.

According to the data you provided there are 3.6 million unfilled jobs and, therefore, a whole lot of people on unemployment who don’t need to be. The U.S. does not guarantee, and cannot guarantee, that everyone will have the job they want, or even a “good” job, yet we make it pretty easy for people to become dependent on someone other than themselves – government –in tough times through improper government spending of billions of scarce tax dollars.

There are mechanisms and organizations for such support in the private sector that once filled this role, and can (and should) do so again.