The Environmental Protection Agency. It sounds so good. So … fabulous.

But, as we have seen in this series, “It Ain’t Necessarily So.”

Run by ideologues isolated from the real world and ruled by an obsessive desire to create the impossible perfect world, the EPA is increasingly at odds with what is in the best interest of the American people, pursuing an agenda that has successfully proved immune to both common sense and to the wreckage and pain it leaves in its wake.

From declaring war on the most abundant and most-relied-upon energy sources to imposing water quality standards that common bottled water and commercial apple juice cannot pass, the EPA is likely the most oppressive and out-of-control agency in the federal government, and that, dear readers, is saying a mouthful. 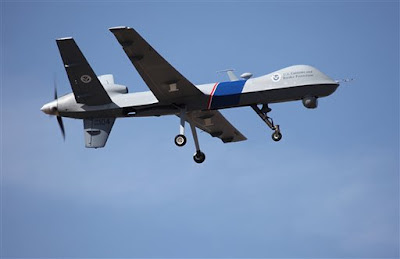 Now the agency has begun using military-style aircraft to spy on Nebraska and Iowa farmers to be sure they are not violating the Clean Water Act. “Nebraskans are rightfully skeptical of an agency which continues to unilaterally insert itself into the affairs of rural America,” Nebraska Rep. Adrian Smith said.

Nebraska’s congressional delegation expressed concerns about the surveillance violating the privacy of cattle farmers and questioned its legality in a joint letter to EPA Administrator Lisa Jackson.

The spy drones operate in EPA’s Region 7, which responded to The Omaha World-Herald’s questions about the legality of the spy flights, saying that “courts, including the Supreme Court, have found similar types of flights to be legal,” and offering the assurance that the agency will only use such flights to protect people and the environment from violators of the Clean Water Act. But who assures the people the EPA will act appropriately?

And then there is the following situation.

If you happened to have stumbled on this story in the blogosphere, which is about the only place you would have seen it, you might recognize the name Al Armendariz, the director of EPA Region 6 who revealed the way EPA bureaucrats view their jobs. 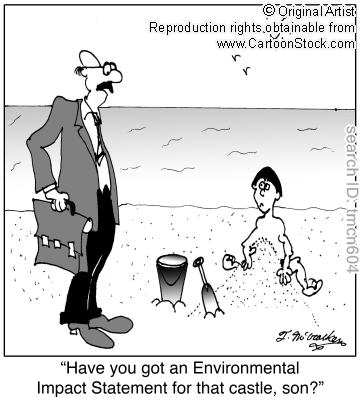 Mr. Armendariz was addressing colleagues about EPA enforcement methods, using the following example from Ancient Rome to illustrate how the agency operates. “The Romans used to conquer little villages in the Mediterranean,” he said. “They’d go into a little Turkish town somewhere, they’d find the first five guys they saw and they would crucify them. And then you know that town was really easy to manage for the next few years.”

Of course, the term “crucify” was merely a figure of speech, not a literal plan, but his little homily exposes the EPA’s fondness for gleefully intimidating folks into submission. Here in the Land of the Free and the Home of the Brave people don’t take kindly to that kind of imperious behavior from those hired to serve us.

The video of this comment outraged many of those who saw it, one of whom was Asheville, North Carolina resident Larry Keller. Trying to reach Mr. Armendariz, Mr. Keller sent an email to an EPA external affairs director that read, "Do you have Mr. Armendariz's contact information so we can say hello? – Regards - Larry Keller."

Well, you can imagine the revulsion that must have engulfed the external affairs director, faced with a mere citizen daring to attempt to personally contact a government official and express his opinion, especially an EPA official with a PhD. How dare he ask for the mailing address, email and phone number of the exalted Mr. Armendariz and possibly intend to interrupt him in the midst of planning crucifixions.

In such cases of peaceful rebellion by an uppity citizen there was only one possible course of action, and that is exactly what the EPA external affairs director and/or his/her fellow public servants did: they sent not the requested contact info, but armed federal agents to visit Mr. Keller. But at least he wasn’t crucified! Not yet, anyway.

Mr. Keller, however, was undeterred by this act of intimidation, and contacted NC Sen. Richard Burr's office. Sen. Burr has agreed to look into the matter, and his office says he "intends to pursue this matter vigorously."

Warning to Sen. Burr: Be careful, lest armed agents visit your home.

One piece of good news has come from this sordid tale of official abuse: Al Armendariz has resigned his post. One down; hundreds to go. The citizens won the Battle of Armendariz; they are losing the war with the EPA.

They are also losing the war against growing authoritarianism from the federal government. From over-zealous regulators without regard for the effects of their excessiveness to agencies like the Department of Education that send in SWAT teams to break down the doors of people who may – may – have some irregularities with their student loans, our government is increasingly intolerant of the individual freedoms our nation is based upon, and puts its own interests ahead of protecting those freedoms and serving the people.

What madness allows the Department of Education to believe it ever needs a SWAT team?

Thomas Jefferson said: “When the people fear their government, there is tyranny; when the government fears the people, there is liberty.”

It is time for a change.