After February’s jobs report, some straight talk about unemployment 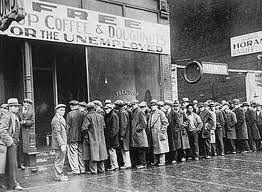 President Barack Obama told workers at an aircraft-parts manufacturing plant in Virginia that "More companies are bringing jobs back and investing in America. And manufacturing is adding jobs for the first time since the 1990s." "The economy is getting stronger" he said.

The Labor Department revised the figures for job growth up by 61,000 in December and January, even though unemployment remained at 8.3 percent. Cumulative job growth for the three months through February was the fastest pace since early 2006.

The glee continued to flow: “The jobless rate held at a three-year low of 8.3 percent even as people flooded back into the labor force to hunt for work, and 61,000 more jobs were created in December and January than previously thought.”

Hooray and hallelujah! After three long years, at last the economy has begun to recover from the Obama Recovery. However, even the media cheerleading for the president cannot change reality.

President Obama boasts of 4 million jobs having been created during his tenure. That’s an impressive number. But it is substantially less impressive when we know the rest of the story. Consider that during the downturn an estimated 8-10 million jobs were lost, so after three years more than half the jobs – approximately 5.2 million – are still missing in action.

Further, if you have a tingle running up your leg after hearing the president’s job creation number, looking at the Initial Claims for Unemployment Insurance will sober you up quickly. For the unemployment rate to be affected positively, fewer than 400,000 new jobless claims must be filed each week. Since March of last year, 30 of those 52 weekly reports showed new jobless claims exceeding 400,000, ranging from a low of 354,000 to a high of 478,000. Weekly new jobless claims since last March averaged 401,300, and the total number of new jobless claims for 52 weeks is 20,866,000. That means that during the last 52 weeks, nearly 21 million Americans lost their job and filed for unemployment insurance for the first time, and some of them are still jobless.

“Some economists say the real reason for the recent fast drop in unemployment isn't that there are suddenly so many new jobs — it's that far fewer people than expected are looking for work,” writes Tim Mullaney in USA Today. “Nearly three years into the recovery, the unemployment rate has tumbled even though new job gains are far smaller than in past recoveries. Americans could see the unemployment rate continue dropping to — or even breaking through — the psychologically important 8 percent mark by Election Day with far fewer net gains in jobs each month,” he notes. He goes on to explain that Mr. Obama may benefit from a politically beneficial unemployment rate as the election approaches, even though there will be substantially fewer jobs in America this year than four year ago.

The story goes on to say that if “the participation rate had stayed at 66 percent, the economy would have needed 5.1 million more jobs to reach today's unemployment rate. And if the labor force had grown about as fast as mainstream economists expected, job gains since early 2010 would have been too little to reduce the jobless rate from the 9.8% level reached in February 2010, when net job losses from the recession finally ended.”

So, while the jobs picture does reflect some positive change, it is not so much a picture of a beautiful beach scene as one of a pig wearing lipstick.

As the election nears, we have to be aware of all the factors affecting the employment problem, not just the unemployment rate, given that it is a manipulated number that omits much of the story of how many Americans are suffering because they can’t find work.

i love how you break down the numbers and the ways these figures are calculated...good stuff...

there should be much more of this on both sides of the aisle...

could be one of your "slippery slopes" once we open pandora's box...

The way I look at it is that if sensible people have good information to base their opinions on, they are equipped to make sensible decisions and adopt sensible positions.

I try to present solid, dependable information, especially in my Tuesday column posts.

you should look into how the gov't calculates the poverty line to determine who qualifies for benefits...

on behalf of the gov't or the folks looking for a handout? or both?

I think it is always a good practice to question government numbers.

I note with disappointment the increasing numbers of Americans looking for a free ride.

take a look into how they qualify for the "free ride"... I'm sure you could somehow justify lowering the poverty line to a level that doesnt help all the lazy folks living on handouts...