EPA: A History of Disservice 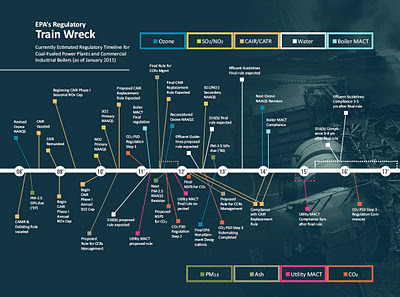 The dim bulbs at the Environmental Protection Agency are at it again. Having grown bored with killing jobs and businesses and raising consumer costs without improving anything measurable, the EPA is now punishing businesses for failing to use enough of a certain product when there isn’t enough of the product to allow those businesses to meet the EPA threshold.

In 2007, the Energy Independence and Security Act was enacted with the goals of reducing America’s dependence on oil from hostile nations, the payment of billions of dollars for the oil to the hostile nations, improve the efficiency of motor vehicles and increase the use of renewable energy resources which includes biofuels.

By 2011, fuel companies were to be blending in 6.6 million gallons of cellulosic biofuel into domestic gasoline and diesel.  Cellulosic biofuel is made from wood chips and other plant parts such as corncobs and plant stems that are not edible

However, there has been one major flaw in the EISA and that is the technology has not caught up to the requirements.  Cellulosic biofuels only exist in small amounts as various research companies are desperately trying to come up with a way to produce the biofuel which isn’t cost prohibitive.

Have you considered other alternatives like biofuel? I've heard a lot of good reviews regarding food grade hydraulic oil. Let's go organic!