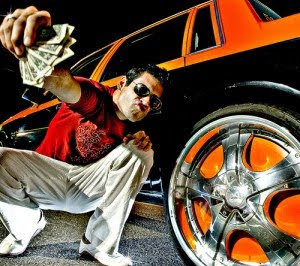 Of the interesting comments about democracy is this one attributed to Scottish historian Alexander Fraser Tytler: “A democracy cannot exist as a permanent form of government. It can only exist until the voters discover that they can vote themselves largesse (money-benefits) from the public treasury. From that moment on, the majority always votes for the candidates promising the most benefits from the public treasury with the result that a democracy always collapses over loose fiscal policy followed by a dictatorship. The average age of the world’s greatest civilizations has been 200 years."

Alas, those are not Mr. Tytler’s words, but it is nonetheless germane today.

The United States of America is about 230 years old, depending upon exactly where you begin counting, a few years longer than that prediction allows. Evidence abounds, however, that our representative democracy is collapsing around us, and for exactly the same reasons the statement noted: the people have realized that they can vote themselves largesse from the public treasury.

Credit the exceptional foresight of our Founders for setting up a democratic form of government that allowed the US to evolve into the greatest economy and strongest nation in history. It’s a pity that we haven’t had the intelligence and self-discipline to hold fast to their brilliant format. Instead, we’ve succumbed to the self-serving behavior of pusillanimous Americans, who are responsible for turning the United States into just one more collection of socialistic, government-dependent momma’s boys.

Another insightful quote about democracy comes from 1960s Yippie leader Abbie Hoffman, who said, “Democracy is not something you believe in or a place to hang your hat, but it's something you do. You participate. If you stop doing it, democracy crumbles.”

But today what passes for participation is often a “me-centered” exercise, where the political class goes to bed with various special interests for their mutual benefit. Historian and economics writer Gary North terms it thusly: "Thou shalt not steal, except by majority vote."

Nothing illustrates this better than the current budget battle on Capitol Hill, where most Democrats and more than a few Republicans strongly resist efforts to reduce spending, cut the budget deficit, and begin to pay down the $14 trillion-plus – $14,100,000,000,000 – national debt.

The size of these numbers is part of the reason many Americans either don’t comprehend the problem, or just can’t cope with it; how many of us, or them, can really grasp how many a billion of something is? Or a trillion? All those digits – 13 of them for a trillion – make your head hurt, cause your eyes to glaze over.

Joe didn’t have enough money to buy all the stuff he wanted, but bought it anyway, hasn’t paid down any of his debt for several years, and in fact has been adding to it every year. His creditors are beginning to get nervous. And yet, Joe plans to spend more than he makes again this year, adding even more to his debt.

Joe looked over his budget and couldn’t find more than about $60 worth of things he could do without – like one meal at a restaurant for him and the wife, or beer for a couple of months – too little to meaningfully reduce his mounting debt.

He reasons this way: “Well, we shouldn’t have over-spent all those years. But we did, and my wife and kids are used to this lifestyle, and it just wouldn’t be fair to make them cut back. We can stretch it another year or two while we prepare to make cut-backs.”

Do you think Joe is financially irresponsible, and maybe crazy?

This is essentially how Congress and the administration are responding to fiscal conservatives who insist on substantive spending cuts to try to balance the budget and reduce the national debt.

Most of our elected leaders seem unfazed by the reality that we don’t have the money to continue doing all the stuff they want to continue doing, and apparently are immune to the common sense of it all. The country now borrows 40 cents for every dollar it spends. That can’t continue; it has to stop. Now.

Yes, there will be pain. But like the guy who drank too much while his friend paid the tab, he’s the one that will have the hangover.

If we are smart, we will learn the lesson that having the self-discipline and good sense to stick to the plan our Founders gave us is crucial if we’re going to survive.