Punishing the oil and natural gas industry
punishes the country 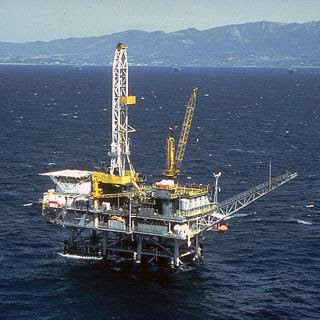 The turmoil in Libya that halted oil shipments from the country for a period has played havoc with oil prices, pushing them above $100 a barrel for the first time since September of 2008 and causing average gasoline prices to edge closer to $4 a gallon.

"Traders are concerned about potential loss of supply," Andy Lebow, oil analyst at MF Global in New York told the Wall Street Journal. "We can ill afford the loss of Libyan production."

The Middle East is less stable today than in many, many years, and this latest crisis adds yet another serious concern to our nation’s domestic hot list. With all of this uncertainty it is especially comforting to know that the White House is on the job. Press Secretary Jay Carney reassured the nation: "When there is unrest in the world, specifically in that region, that can affect oil prices. … We are closely monitoring that situation but I would not speculate on where oil prices could go."

Mr. Carney did not say, but should have said: “We now are beginning to understand why our policies that prevent drilling for our own oil reserves were such a goofy idea.”
Those policies include a ban on all drilling in the Gulf of Mexico following the Deep Water Horizon explosion, even though serious problems on drilling rigs are rare. It was an ill-considered policy that cost Gulf Coast states thousands of jobs at a time when the country was in the throes of the worst recession in decades, as President Barack Obama told us repeatedly. Another dumb policy is the de facto ban on issuing permits on new drilling projects anywhere in the US. These policies have combined to put us months behind in bringing oil from existing wells and finding more oil to replace foreign supplies.

Last week, five months after the Gulf drilling ban was lifted, the Bureau of Ocean Energy Management finally allowed the approval of the first and only drilling permit.

Despite the federal government’s own estimates that oil and natural gas will provide over 50 percent of our energy needs for decades, the administration continues to punish the industry and push hard for imposition of cleaner forms of energy.

“Producing more of our own energy will help reduce federal and state deficits through the fees, royalties and taxes that our member companies pay for the right to produce on federal lands, offshore and onshore,” he said, noting that the industry pours nearly $100 million a day into federal and state treasuries.

But the industry can only help if government “sets aside antiquated assumptions and disproven myths,” he added.

So far, Mr. Gerard describes the government’s response as underwhelming.

“Instead of recognizing how our industry has and can continue to contribute to meet our nation’s fiscal and economic goals, the president – in his State of the Union address, and in his 2012 budget proposal – called for higher taxes on this industry to pay for new federal spending programs, he continued, and “some in Congress are echoing that call.”

You might expect the president, whom we are frequently told is a brilliant man, to avail himself of any and all legitimate methods to give the American people some relief from the rampant unemployment, rising fuel prices and overwhelming debt and deficits, and put his ideological compulsions on hold for a few months. That’s what a good leader would do: wait until things stabilize, then return to the agenda when doing so won’t further cripple the nation.

Blinded by ideology, the administration still aims to convert our energy system to alternative technologies, all the while ignoring obvious barriers to alternative energy, such as:
• technologies like wind and solar are not capable of replacing a significant fraction of what fossil fuels now produce;
• wind power is both undependable and unpopular with the people in whose vicinity the turbines would be installed;
• electric cars are not economical, sensible, desirable or very green;
• hybrid vehicles use less gas but are not environmentally advantageous and do not pay for themselves quickly enough.

Which begs the question: If the president really is as intelligent as we are told he is, why can he not see the logic in letting the oil industry help the country? Or, is he simply wedded to a “damn the torpedoes, full speed ahead” agenda?

What built the country was a vibrant business sector uninhibited by excessive regulations and red tape, and if the president and his fellow statists in the administration will only unshackle the private sector, as it was when it built America, our problems will begin to abate.