Myth-busting: Exposing health care myths
to the light of day 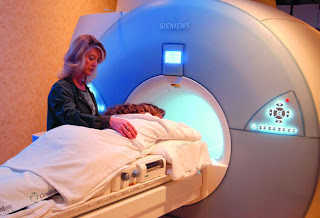 Americans are still smarting from having health care reform shoved down their throats, but the reality is that the pain of that colossal blunder is just beginning.Sally Pipes is a Canadian-born economist who worked in Canada before fleeing to the US “to get away from the Canadian health care system,” and is now President and CEO of the Pacific Research Institute. After studying the Canadian and US health care systems and the Affordable Health Care Act, she believes “the American people are going to be very upset with higher taxes, higher deficits, and, ultimately, rationed care. Because that’s what’s going to happen under ObamaCare, as we move down the path to government-run Medicare-for-all.”She calculates that 23 million Americans will still be uninsured in 2019, and that between now and 2024 health care will cost taxpayers about $2.5 trillion, a long way from President Barack Obama’s socialistic goal of universal coverage costing just $900 billion over 10 years.In her book, “The Top Ten Myths of American Health Care: A Citizen’s Guide,” Ms. Pipes recognizes the following myths: (1) Government health care is more efficient; (2) 46 million Americans can’t get health care; (3) we’re spending too much on health care; (4) high drug prices drive up health care costs; (5) importing drugs would reduce health care costs; (6) universal coverage can be achieved by forcing everyone to buy insurance; (7) government prevention programs reduce health care costs; (8) we need more government to insure poor Americans; (9) health information technology is the silver bullet; (10) government-run health care systems in other countries are better and cheaper than America’s.Ms. Pipes addresses numbers 1 and 10 discussing her mother’s experience in Canada. Believing she might have colon cancer, her mother tried to get a colonoscopy, but was denied because of her age. Six months later when she began hemorrhaging and went to the ER. After being kept waiting two days she finally got the procedure, which confirmed her own diagnosis. She died two weeks later. How’s that for efficiency and better care?Comparing cancer data in the US with countries with nationalized health care, Ms. Pipes explains that five-year survival rates for breast cancer are 83.9 percent in the US and just 69.7 in Britain. American colon cancer patients are 35 percent more likely to survive than in Britain, and the prostate cancer survival rate is 91.9 percent in the US, 73.7 percent in France and 51.1 percent in Britain.P.J. O’Rourke writes political satire, and uses it as a vehicle for communicating serious points. In his recent book, “Don’t Vote – It Just Encourages the Bastards,” he addresses the cost of health care using data from the U.S. Bureau of Labor Statistics, which show that we spend an average of $2,853 per person each year on health care, but that’s only $185 more than we spend on “food away from home,” and only $155 more than we spend on “entertainment” each year.Mr. O’Rourke cites data published by economist Glen Whitman and physician Raymond Raad demonstrating America’s dominance in Nobel Prize awards for research in medicine and physiology: “Between 1969 and 2008 Americans were awarded fifty-seven Nobels, seventeen more than were received by residents of the EU, Switzerland, Japan, Canada and Australia combined.”Using Ms. Pipes’ data, he explains that comparisons of health care among countries often does not adjust for non-health care system factors in the US that affect life expectancy – like higher traffic fatality, homicide and obesity rates – or that the US uses a broader definition of live births for the live birth mortality rate than countries like France and Belgium, where babies born at less that 26-weeks are counted as dead.Ms. Pipes and Mr. O’Rourke show that the American health care system provides excellent care, and that when you look beneath the surface the myths that we have a bad health care system melt away.Mr. O’Rourke suggests that “there’s a simpler way to make health care cheaper. Just make it worse.” Which is, of course, precisely what we are doing through the Affordable Health Care Act. But our health care system does not need to be destroyed to be improved, it only needs tweaking.“If we want to bring costs down and extend coverage to more Americans, we have to open the health care marketplace to competition – by abolishing costly government regulations and reforming the tax code to make insurance more affordable,” Ms. Pipes wrote. “We can solve the health care problems that plague the United States, but we won't solve them if we continue to believe the many myths that plague the health care debate.”That is what the ideologues in Washington don’t want you to know. They want a nationalized health care system like Canada, Britain or France. Americans wouldn’t give a second look to health care reform if they could accurately compare our system against these poorly performing nationalized systems. But that requires honesty by politicians and the news media.

We need to put the Affordable Health Care Act in the trash, and start over improving the best health care in the world with a few sensible modifications.