Old News: Politics Can Be Repulsive 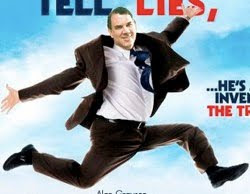 The closer to the election we get, the nastier, more vicious, malicious, mean, spiteful, cruel and dishonest things get.

Alan Grayson, (D-FL) ran an ad criticizing Daniel Webster, his Republican opponent, claiming he dodged the draft. In reality, Webster received academic deferments while attending college — during which time he was in the ROTC. Webster tried to enlist after graduation, but he failed his medical exam and was ineligible to serve. Grayson lied in his ad, claiming Webster “refused the call to service.”

In another ad the subhuman Grayson distorts religious comments by Webster.

In Grayson’s ad, he deliberately distorts Webster’s comment, claiming he said, “Submit to me,” and other similar smears, and calls Webster, “Taliban Dan.”

Grayson is behind in the polls by about seven points, which explains his desperate efforts to slander his opponent. But a person of character would not dive into the gutter as Grayson has.