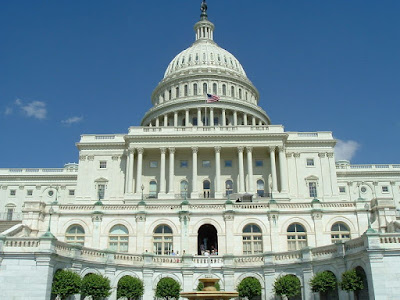 So many people in this country do not understand the workings of business, including the vast majority of our elected leaders in Washington. Their anti-business policies proliferate and have formed giant roadblocks to a healthy economy, have delayed the recovery and kept millions of Americans on the unemployment line for far too long.

If you want to end a recession, leave as much money in the hands of the people as possible; the more money people have, the more they can spend. Create a stable environment so that businesses feel comfortable in hiring; make it easy for existing businesses to expand and for new businesses to start up. That environment will create jobs and new taxpayers, and more jobs and more taxpayers will fuel a recovery.

What government is doing now, however, is implementing policies that create uncertainty and dampen the entrepreneurial spirit; increasing taxes that rob needed capital from small businesses and punish the wealthiest consumers, who are the ones with the most to spend; crafting regulations that raise business costs and make it difficult to add workers and expand.

It was a failure of the federal government and the Federal Reserve following the 1929 stock market crash that led to a 15-year depression, and that is what is happening now.

Testimony from someone who has as good a set of credentials as one could expect, Las Vegas casino resort and real-estate developer Steve Wynn, sees exactly this view. He is credited with much of the dramatic resurgence and expansion of Vegas, and he is splitting up his headquarters in Las Vegas and putting half of it in Macau, China. Why? In a May interview with CNBC, Mr. Wynn said: “The opportunities I see are far superior abroad than in America.”

Asked by the CNBC interviewer, “What about the regulation, the [communist] government oversight and working there, as opposed to here?” he replied, “Macau has been steady. The shocking, unexpected government is the one in Washington. That’s where we get surprises every day; that’s where taxes are changed every five minutes; that’s where you don’t know what to expect tomorrow. To compare political stability and … predictability in China to Washington is like comparing Mt. Everest to an ant hill. Macao, in China, is stable. Washington is not.”

From Steve Winn’s point of view, the actions of our elected representatives have created a situation in this country that not only discourages the very activities needed to turn the economy around, they have created a business environment that is less stable, and therefore is less appealing, than a communist economy. That is remarkable, and more than a little unsettling.

The Obama administration and the Democrats in Congress think that the way to turn the economy around is for the government to spend money it doesn’t have and to raise taxes on virtually everyone, and especially on “the rich.” This method is deeply flawed, as evidenced by what happened in the 30s, because it not only takes money from those at the bottom of the economic scale who need as much of their money as possible to survive, but it takes even more money from those at the top of the scale who are the ones in the best position to positively affect the economy by buying additional goods and services, and investing money in new and existing businesses.

President Obama wants to raise taxes on “the rich” by allowing the Bush tax cuts to expire, and that is a horrible idea.

George W. Bush took office in January 2001 and inherited a recession that was substantially complicated by the September 11 terrorist attacks. The 2001 Economic Growth and Recovery Tax Act and the Jobs and Growth Tax Relief Reconciliation Act of 2003 together ended the recession, and did so not with spending and tax increases, but with tax cuts for everyone. And, according to the (begin ital) Wall Street Journal,(end ital) contrary to the “tax cuts for the rich” demagoguery, the Bush tax cuts resulted in the richest five percent paying 60 percent of all income taxes in 2005.

This is the kind of stimulus that we need today, but is the opposite of the steps that President Obama and Congressional Democrats have taken.

And a CNN/Opinion Research poll taken last month shows that the country disapproves of the way the economy is being handled by 57 to 42 percent, and by 62 to 36 percent Americans say the federal budget deficit is a serious problem.

Deficits result when government spends more than it takes in. Mr. Obama and Congressional leaders want to keep spending at record levels and increase revenue by raising taxes, which will thwart private sector productivity by transferring money to the government that would be better spent by the people who earned it.

The way to cure a deficit caused by too much spending is to spend less.