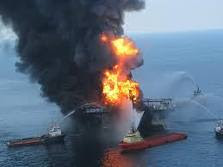 In the early days following the Deep Water Horizon disaster that killed 11 workers and unleashed a gusher of oil into the Gulf of Mexico, one early reaction was to assess blame, and the logical targets for that blame were BP and the companies associated with it on that project, Transocean and Halliburton.

There is no question that BP bears much of the responsibility, however, in the weeks since the disaster a great deal of information has come to light that makes it evident that some of the blame belongs to parties other than BP.

The initial reactions were highly emotional, which is understandable, given that this disaster cost the loss of eleven workers. But emotion often clouds issues, and so it is with the Deep Water Horizon catastrophe.

A lot of damage has been done along the Gulf Coast, but the breathless forecasts of environmental calamity appear at this point to have been highly exaggerated. It is estimated, for example, that 75 percent of the approximately 200 million gallons of oil are “missing,” substantially lessening the potential damage to the environment.

Where did the oil go?

In my May 18 column was this: “Casting some needed light on the nature of oil spills, Merv Fingas, of McGill University and Environment Canada, wrote a piece published on the Minerals Management Service Web site, explaining that a lot of the spilled oil isn’t going to be a problem. ‘Evaporation is the most important change that most oil spills undergo. In a few days, light crudes can evaporate as much as 75 percent of the starting oil mass and medium crudes up to 40 percent.’ Some of the rest of the oil is absorbed by seabed sediment and never reaches the surface or shorelines. ” And some of it was collected; some was burned off; some was devoured by oil-eating bacteria.

Even so, a lot of oil did not evaporate, and wasn’t burned off, or collected, or eaten, and a lot of it made it to shore and caused a lot of damage. But we have learned that the damage from the oil spill could have been reduced, perhaps completely prevented, except that a party other than BP messed up.

The Washington Times addressed this issue recently, noting that, “Letting skimmers in early would have cleaned up much of the oil in Gulf waters at a relatively low cost before it fouled sensitive coastal marshes,” and that “BP isn't accountable for additional cleanup costs and damages that resulted from government's failure to give a green light to this process.”

“Delays and obstructions caused by the federal government are numerous,” The Times continued. “Countries such as Sweden and the United Arab Emirates offered skimmers in April, well before oil slicks hit coastal areas. Months later, they [were] still waiting for Washington's approval. When Louisiana Gov. Bobby Jindal set up 16 barges to vacuum oil from his state's waterways … the Coast Guard ordered them to stop while bureaucrats checked to make sure the machinery was made in the USA. Mr. Jindal also had to wait for weeks while the federal bureaucracy took its time deciding whether barrier islands could be built off the coast to stop oil from drifting into marshes. Meanwhile, tar balls floated ashore.”

And this is possibly the most significant issue of all, except for what caused the explosion: The Center for Public Integrity asserts that the federal government may well bear responsibility for much more than the incompetent response to requests for help: “Coast Guard officials told the Center for Public Integrity that the service does not have the expertise to fight an oil rig fire and that its response to the April 20 explosion may have broken the service’s own rules by failing to ensure a firefighting expert supervised the half-dozen private boats that answered the Deepwater Horizon’s distress call to fight the blaze.”

“The question of what caused the platform to collapse into the Gulf two days later remains unanswered,” CPI said, a crucial point in accurately assessing responsibility, “because the riser pipe from which the majority of BP’s oil spewed did not start leaking until after the rig sank. Experts and some lawsuits have openly tied the sinking of the drilling vessel to the severity of the leak.”

When the rig tipped over and sank, did it strike and damage the riser pipe, unleashing the gusher of oil into the Gulf?

Could it be that in addition to failing to respond to requests to help Gulf Coast states prevent serious environmental and economic damage the federal government, because of the Coast Guard’s fire fighting error, is actually responsible for most of the oil spill, or all of it?

And what role did politics play in this crisis? Is it true that, as The Times suggested, the Swedish and UAR skimmers were kept out to protect American union workers? Was the incomprehensibly slow federal response a political move to improve the case against continued use of fossil fuels?

There are many questions to be answered, and possibly several villains in addition to BP, Transocean and Halliburton, and all must be held accountable.

Thank you for this very informative blog. You have made sense of this topic by writing unique, original content. It’s easy to read, engaging and smart. Blogs of this caliber are few and far between.