A mosque at Ground Zero:
A healing idea, or a provocation? 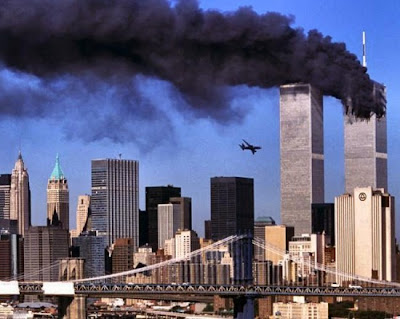 The controversy over the proposed Muslim “Cordoba House” two blocks from Ground Zero in New York City has been heating up over the last few weeks. Cordoba House, described as a community center similar to a YMCA by its chief proponent, Imam Feisal Abdul Rauf, is viewed as an affront by the families of 9-11 victims and others sensitive to the horrors of the September 11, 2001 attacks by radical Muslims who hijacked airliners and flew two of them into the World Trade Center, killing nearly 2,800 people.

In an announcement that caused political observers to scratch their heads, President Barack Obama told the nation last week that the mosque is a matter of religious freedom, which is guaranteed by our Constitution. Once again, Mr. Obama has inexplicably involved himself in an issue that didn’t require him to take a position, unnecessarily creating problems for himself, and further fueling the fire of the opposition.

His comment drew immediate and strong reaction from opponents, forcing a clarification. “My intention was simply to let people know what I thought, which was that in this country, we treat everybody equally and in accordance with the law, regardless of race, regardless of religion,” he said later.

Fair enough, Mr. President, but you’ve got it all wrong: the opposition does not contend that the Muslim group is not within its rights to build a mosque – there are at least 100 already in the city’s five boroughs. The building now occupying the proposed site, however, is close enough to have been damaged by debris from the explosion when the planes hit the towers, and a majority of both New Yorkers and Americans say the site – only 600 feet away from Ground Zero – is the wrong place to build Cordoba House.

A Fox News/Opinion Dynamics poll shows that while 61 percent of Americans polled think the Muslim group has a right to build a mosque, 64 percent think the proposed site is the wrong place, and only 30 percent think this project is appropriate. A CNN/Opinion Research Poll shows 68 percent are opposed to it.

A Rasmussen Reports survey focused on New York state voters and found that only 20 percent favor building in the shadow of the WTC, while 58 percent were opposed. A Marist poll found that Manhattan residents oppose the mosque by a 53 to 31 percent margin.

And if there wasn’t enough controversy already, the Washington-based Council on American-Islamic Relations said that the effort to stop the project is the work of “Islamophobes,” and the leader of the Hamas terror organization, Mahmoud al-Zahar, told the New York Post, we “have to build the mosque.”

Some opponents who are uneasy about the project have focused on elements such as its name – Cordoba House – and the history of Muslim conquerors to celebrate conquests by building mosques on the ashes of their vanquished enemies.

Abigail R. Esman, writing for Forbes.com, comments that “Cordoba, after all, was conquered in 711 by the Muslim Berber Gen. Tarik ibn Zayad, and by 756 became the capital of the Cordoba Caliphate, which covered most of Spain. Christian and Jewish civilians in that time were regularly murdered and enslaved. Among the first things the conquerors did under the new Caliphate was replace the Christian Church of Saint Vincent with the Great Mosque of Cordoba.”

“What emerges, then,” she continues, “is a potential symbol of victory at the site of one of Islam's most horrific acts in history. ‘We destroyed the World Trade Centers,’ the radical Islam world will say, ‘and replaced it with a mosque – there, in the financial hub of New York City, the capitalist center of the world.’ First Cordoba, then Cordoba.”

There are also questions as to the sources of funding for the $100 million project.

Imam Rauf, however, paints a very different picture. “American Muslims want to be both good Americans and good Muslims,” he wrote in the New York Daily News. “They can be the best assets the United States has in combatting (sic) radicalism,” he stated. “We believe that people of good faith can use the common core of their religions to find solutions to problems that will let them live together.”

But if all that is true, why persist in championing a project to which a majority of Americans are opposed, and which would bring immense pain to those very New Yorkers the imam and his fellow Muslims want to be one with?

If Imam Rauf and his colleagues are as he said, “the anti-terrorists … the people who want to embolden the vast majority of Muslims who hate terrorism to stand up to the radical rhetoric,” can you not accomplish this noble goal a respectable distance from the scene of the worst radical Muslim murder in our nation’s history?

The best way to foster understanding between the different religions and to show the essential degree of sensitivity is to abandon the Islam-centric demand to build the mosque near Ground Zero, and build it somewhere farther away.