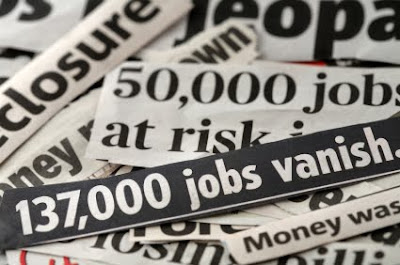 July job numbers contained only a speck of good news for the Obama administration. While the unemployment rate held steady at 9.5 percent, private payrolls rose by only 71,000, a disappointing number when compared to the approximately 200,000 that had been expected. While fewer jobs were created than expected, more jobs were lost – 131,000 – than expected, partly due to the end of the temporary employment of some 143,000 census workers. All told, the only good news was that the unemployment rate didn’t rise.

Other news, such as the President’s and Congress’ approval ratings, is worse.

The Real Clear Politics average of polls taken by seven different pollsters between July 13 and August 4 shows Mr. Obama's average approval rating at 44.9 percent and his average disapproval rating at 50 percent, a negative margin of 5.2 points.

The best rating for Mr. Obama was a tie of approval/disapproval at 48 percent, and the worst was a 41 percent approval rating and a 53 percent disapproval rating, for a negative margin of 12 points.

Congress fares no better. In five polls taken between June 9 and July 28, Congressional job approval is only 21.2 percent, while the disapproval rate is 72.2 percent, a margin of minus 51 points. In those polls, the best rating Congress produced was between July 9 and June 14 where the positive number was 24 percent, the negative number 73 percent, for a negative 49-point margin.

By a negative margin of 27.8 points, Americans believe the nation is headed in the wrong direction. Only 33.5 percent in the four-poll average believe the country is going in the right direction, while 61.3 percent believe it is headed the wrong way.

The growth of the economy has slowed steadily since posting a 5 percent growth rate in the fourth quarter last year. In the first three months of 2010 the rate was 3.7 percent, but in the April-June period the rate dropped to 2.4 percent.