Liberals use the courts to change the rules 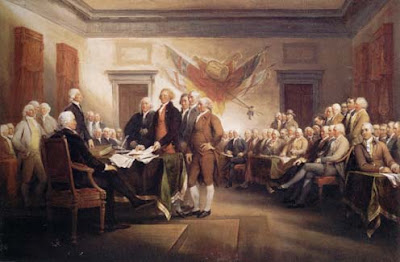 A story in The Washington Post informed readers that “The Supreme Court ruled the Second Amendment provides Americans a fundamental right to bear arms that cannot be violated by state and local governments.” This issue should never have had to be decided by the Supreme Court.

The Second Amendment is part of the Bill of Rights, which is a specific articulation of what many of the Founders regarded as fundamental principles of human liberty – “unalienable Rights,” according to the Declaration of Independence – that must be guaranteed, and not left in doubt, so those rights were specifically guaranteed in the first ten amendments to the United States Constitution in 1791.

They include the right of free speech, freedom of the press, the right to assemble and to petition the government, freedom of religion, the right to due process and trial by jury, protection from unreasonable search and seizure, and the right to keep and bear arms, among others, which the Founders recognized as essential for a free people in a free society, and which Justice Samuel Alito confirmed in his majority opinion: "It is clear that the Framers . . . counted the right to keep and bear arms among those fundamental rights necessary to our system of ordered liberty."

The 5-4 ruling came in response to a challenge to a Chicago law banning handgun possession. Such blanket bans are in response to the illegal use of handguns, but are poorly thought out and fraught with flaws and unintended consequences, the most obvious of which is that law abiding Chicagoans who have sold their handguns to comply with the law, or have not purchased a handgun because of the law, have had their most effective means of self-defense outlawed by the City of Chicago, leaving them vulnerable to criminals who still have their guns.

It is ludicrous to suggest that the Framers ever intended for such a preposterous situation to be created.

Gun control is another of the many areas where good intentions fall victim to reality: In the real world gun control laws do not control guns. What they do most effectively is to disarm potential victims.

The populace has nothing to fear from law abiding citizens with guns. In fact, studies show that law abiding citizens who are armed provide an effective deterrent to crime. In an article titled “Can Gun Control Reduce Crime? Part 1,” historian and writer Benedict D. LaRosa noted that “Vermont has the least restrictive gun-control law. It recognizes the right of any Vermonter who has not otherwise been prohibited from owning a firearm to carry concealed weapons without a permit or license. Yet Vermont has one of the lowest crime rates in America, ranking 49 out of 50 in all crimes and 47th in murders.”

He also said that states which have passed concealed-carry laws have seen their violent crime rates fall by from three to seven percent, which makes perfect sense: If a criminal believes his intended victim may shoot him, he might think twice before robbing attacking him or her.

All of the gun control laws in the universe cannot keep criminals from having guns. That’s sort of what the term “criminal” implies, you know? Does it make any sense to prohibit law abiding citizens from owning guns to protect themselves from criminals who ignore the law and arm themselves? That’s a no-brainer.

Still – and this is truly troubling – four of the nine Justices of the United States Supreme Court voted in this case to maintain Chicago’s prohibition against handgun ownership, which is a de facto vote against the concept of law abiding citizens owning handguns for self-defense. That defies both common sense and the intent of the Second Amendment. But more importantly, it is a serious threat to our freedom that those four Justices – Steven Breyer, Ruth Bader Ginsburg, John Paul Stevens, and Sonia Sotomayor – either do not understand the intent or the plain language of the US Constitution, which they are duty bound to uphold, or they have substituted their own ideology for the intent of the Constitution. Neither is acceptable

This behavior is referred to as “judicial activism,” a theory that judges can and should creatively reinterpret the Constitution and laws in order to serve the judges' own ideas of the needs of contemporary society.

But what is the point of having a constitution if it can be reinterpreted by judges? What is the point of enacting laws if judges can interpret them according to their own personal views? And why should any of us obey existing laws, if their meaning changes from judge to judge?

For centuries people have used anchors to keep their boats from being moved around by winds and tides. Our Founders realized that the Republic also needed an anchor to keep it from being swept around by changing social and political ideas, and they created the United States Constitution for that purpose, and to establish a nation with maximum personal freedom. It has served us well for more than 200 years, making America the most exceptional nation in history.

We must be smart enough to follow it and not screw things up.