Your government at work:
Getting it wrong, with amazing consistency 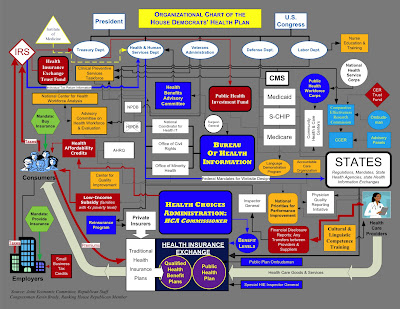 Right now America desperately needs a competent government like the one our Founders gave us. What we have instead is one that is too big, too powerful and painfully dysfunctional.

The border with Mexico is poorly guarded and allows anybody to come into the United States unimpeded, which causes states along the border to waste millions of dollars dealing with illegal aliens, and puts American citizens at risk of physical violence and even death. The criminal element has turned Phoenix, Arizona into the city with the second most kidnappings in the entire world.


Obviously, a competent government would not allow this situation to have arisen, let alone to continue. But our government has done nothing to return security to the taxpaying citizens of Arizona who expect and deserve much better.

Faced with federal negligence on the border the state of Arizona passed a less strict version of the federal law that addresses illegal aliens in an effort to protect its citizens. And how did the federal government respond to that? It bad-mouthed the people of Arizona and threatened to sue the state.

In addition to government dysfunction, some of our citizens are badly confused on this issue, as well, and advocate boycotting Arizona businesses and call Arizonans “racists” for wanting to protect themselves from criminals. But what’s worse, there is evidence that the federal government may be participating in boycotting Arizona.

The government, predictably, has denied Congresswoman Giffords’ charge, however it cannot deny that the Department of Education moved its North American Mobility program convention scheduled for October in Tucson to Minnesota.

Arizona Governor Jan Brewer recently met with President Barack Obama about the ridiculous border situation, and she said he told her the administration would provide some help soon. And sure enough, the president kept his word, having the feds post signs warning Arizonans to stay out of some areas of their own state because it is not safe to go there. No doubt Gov. Brewer feels much better now. These signs are 80 miles from the Mexican border, and 30 miles from the state capitol.

A monumental ecological disaster unfolds in the Gulf of Mexico when an oil rig explodes, killing 11 workers and unleashing a flow of oil into the waters of the Gulf, putting at risk wild life in the water and marshes, the jobs of thousands of Americans, and the beaches of the Gulf Coast. How does the federal government respond to this tragedy?

The government can’t fix the oil leak, of course, but when the president finally did something, he chose to threaten legal action against the company operating the oil rig instead of acting to help contain the oil. He then banned all drilling in the Gulf, putting thousands more jobs at risk.

Fortunately, a federal judge properly recognized that the ban was unwarranted and illegal and overturned the moratorium. And how did the administration react to the ruling? It threatened to issue another drilling moratorium.

When the federal government ignored offers of assistance at home and from abroad, and ignored desperate requests for help from states threatened by the oil flow, Louisiana Governor Bobby Jindal took matters into his own hands and began constructing sand bars to block the oil approaching his shores. And the US Coast Guard responded by shutting down the barges constructing the sand bars because it was unable to ascertain that the barges had the required fire extinguishers and life preservers on board.

These are the most recent examples of government ineptitude, but it goes back decades.

The current financial crisis is a nightmare scenario of government bungling that began in 1977 with the reckless Community Reinvestment Act to help people who couldn’t afford one to buy a home. Congressional meddling made that worse along the way, and then Congress changed the Glass-Steagall Act in 1999 to allow commercial banks to merge with investment banks. Capping off this litany of ineptness is the behavior of House Ways and Means Chairman Barney Frank, who in 2002 and 2003 fought off efforts to reform Fannie Mae and Freddie Mac, which collapsed not long thereafter.

After creating the environment that allowed financial institutions to run wild and bring on the financial crisis, Congress now thinks it needs to fix things with a financial reform bill. But the bill ignores two of the most needed reforms: fixing “too big to fail,” and once again separating banking functions from investment functions.

Despite these magnificent failures in housing, banking, border security and oil clean-up activities, Congress and the administration go merrily along inserting government where it doesn’t belong and cannot function without creating chaos.