Obama, Dems continue to get battered
in the polls 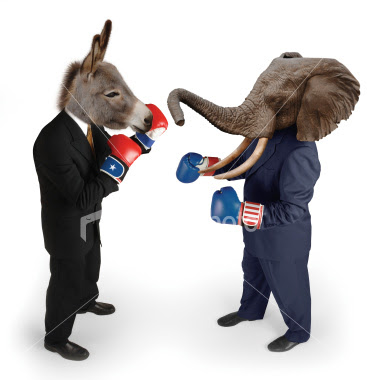 Poll numbers are not improving for our young president. An ABC News/Washington Post Poll from June 3 through 6 questioned participants on whether they "approve or disapprove of the way Obama is handling" three different things.

On the oil spill in the Gulf of Mexico, 44 percent approved, while 49 percent disapproved.

On the economy, 50 percent approved while 49 percent disapproved.

On the federal budget deficit a mere 39 percent approved and 56 percent disapproved.

None of these numbers ought to surprise anyone; the Obama administration has been toothless in making appreciable differences in any of these serious issues. In fact, in every case its policies have made things worse without even a hint that there are plans that will turn things around.

The most serious poll result, however, came in response to the statement, “He understands the problems of people like you."

While 51 percent of respondents answered in the affirmative, Mr. Obama’s rating on this question has been in free fall since April of last year, when 73 percent of respondents answered affirmatively. By July his rating had dropped 10 points, and by January of this year, his rating was down to 57 percent. Disapproval ratings have risen roughly opposite the sinking approval numbers.

Fox/Opinion Dynamics poll on June 8 and 9 revealed that only 22 percent approve of the job Congress is doing, while 69 percent disapprove, a negative margin of 47 points.

A week earlier, an ABC/Washington Post poll’s numbers were only slightly better, 26 favorable against 71 percent unfavorable, a 45-point deficit.

Back in May Democrats in Congress managed to please only 37 percent of the participants, against 61 percent who disapproved in an AP/Roper survey, while Republicans did as well on the approval side, but fared worse on the disapproval side, with 65 percent.

Republicans and Independents were clearly anti-incumbent (71-22 and 69-25, respectively), while Democrats were more evenly divided at 45-41 in favor of incumbents.

In what may be the most telling number, this month's Daily Kos/Research 2000 poll found that Mr. Obama’s approval rating of 51 percent, down from 77 percent at his inauguration, is significantly below Hillary Clinton’s rating , which has been in the 60s since she became Secretary of State.