“Chicago on the Potomac” is not popular
with the American people 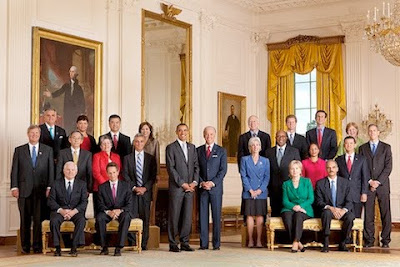 In four major areas – health care, illegal immigration, the Gulf oil spill, and the direction of the country – the American people do not support Barack Obama and his policies, as reflected in recent opinion polls.

From May 21 to 23, CNN/Opinion Research Corporation asked whether participants think the changes the Democrat’s law will make to the country's health care system will be generally good for the country or generally bad for the country. More than half the participants said “bad,” while 46 percent said “good.” A more direct question followed: “Do you approve or disapprove of the passage of the health care bill which became law in April?” The margin was 13 points; 56 percent disapprove, 43 percent approve.

On the oil spill in the Gulf, the division is less severe, but only 39 percent of participants approve of the way President Obama is handling the crisis, while 42 percent disapprove, in the Quinnipiac University Poll, May 19-24. Perhaps more pertinent, to the question, "To help solve the energy crisis and make America less dependent on foreign oil, do you support or oppose drilling for new oil supplies in currently protected areas off shore?" 53 support new drilling, against 40 percent who oppose it.

Barack Obama and his administration are clearly on the wrong side of the majority of Americans on three important issues and the direction he and the Democrat-controlled Congress are taking the country.