Stupid is as stupid does, an old saying goes, and evidence is rampant these days that America is getting “progressively” dumber by the day.

U.S. Army Major Dr. Nidal Hassan, after showing signs of radical Islamism that the
Army ignored, walked into a building occupied by a large number of his fellow soldiers, shouted Allahu Akbar (God is great), and proceeded to shoot 12 people dead. Why was this scum in the Army to begin with? Stupid.

The panty bomber tried and failed to blow up an airliner on Christmas Day, and was promptly given approximately the same treatment as a shoplifter. The seven-page indictment detailing charges against him contained no specific mention of terrorism in it. Stupid.

The jackass who left an SUV with explosives inside it in Times Square in New York City is a naturalized U.S. citizen who recently spent five months in Pakistan, and somehow managed to hop a plane for Dubai following his inept bombing attempt, despite being on the federal "no-fly" list. Stupid.

New York City Mayor Michael Bloomberg immediately commented that the Times Square terrorist attempt was likely “homegrown” and then speculated it could have been perpetrated by “somebody with a political agenda who doesn't like the health care bill or something.” Someone tries to blow up Times Square, and the mayor of New York wants to blame it on an American citizen upset over the health care bill. Stooooopid.

Attorney General Eric Holder refused to acknowledge that radical Islam is responsible for the latest spate of terrorist attacks in testimony before Congress. “I don’t want to say anything negative about a religion …,” said Mr. Holder, and then did the mambo, the cha-cha, and the waltz to avoid using the term “radical Islam” in connection with terrorist activities of radical Islamists. Stupid.

The left, including most of the major media, demean the normal Americans who have been driven by the actions of their arrogant and elitist leaders to public protests in tea party gatherings across the nation. Stupid.

The United States government refuses to secure its borders, exposing its citizens to illegal aliens some of whom live off taxpayers, others of whom wreak havoc and violence on citizens. Stupid.

People from south of the border come to America – and many of them sneak in – because they think our country is better than theirs, then publicly demonstrate that they value the country they left more than they value America. Stooooopid. Message to immigrants: This is America. You came here of your own accord. No one forced you to come. If you don’t like the way things are done here, go back where you came from. 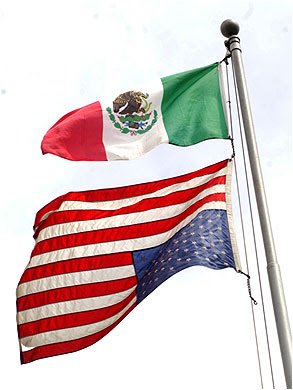 Almost before the door closed behind him after being sworn in as president, Barack Obama ordered the closing of the Guantanamo prison within a year. Stupid.

Against the wishes and the better judgment of a decided majority of Americans, President Obama and Congressional Democrats jammed through a controversial and catastrophically flawed health care reform bill that will raise costs and taxes on virtually every American. Stupid.

Mr. Obama decides to quit calling terrorism what it is and instead substitutes dopey euphemisms, such as renaming the war on terrorism “overseas contingency operations,” and calling terrorist attacks “man-caused disasters.” Homeland Security Secretary Janet Napolitano commented that “we want to move away from the politics of fear (read ‘reality’).” Really stupid.

Instead of continuing to fight terrorism and its supporters head on, Mr. Obama prefers to play kissy-face with Islamist lunatics who cloak their lunacy in a perverted religion. Stupid.

The nation entered the most severe economic crisis in nearly 100 years in 2008, and the current administration and Congress continue to spend money we don’t have and fail to enact policies that will hasten a recovery. Stupid.

There you have it, a brief list of some really stupid behavior that America is now awash in.

The Supreme Court has issued binding edicts in 5-4 votes that Americans would never approve at the ballot box in a million years.

"As Americans and as a nation, we will not be terrorized. We will not cower in fear. We will not be intimidated," President Obama said. Really? Well if so, Mr. President, you had better wise up and act like terrorism is real and undo this goofy policies you have put in place that fosters terrorist activities.