Some serious questions about the motives
of our political leaders 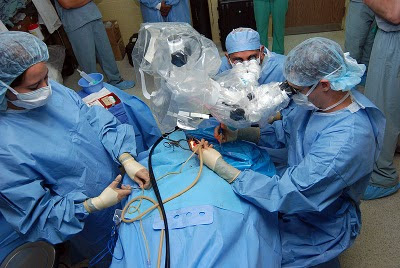 Are the Democrat leaders in Washington out of touch with the mood of the country? Do they have a death wish? Are they insane?

Those are serious questions, prompted by the almost incomprehensible behavior of the country’s three most visible leaders, as well as a fair number of members of Congress and administration officials.

President Barack Obama, Senate Majority Leader Harry Reid and House Speaker Nancy Pelosi seem either unable to understand that Americans are not in favor of their idea of health care reform, or they simply do not care what the people think.

Three nationwide polls reflect the mood of the country quite plainly:

• A CBS News/New York Times Poll conducted Feb. 5-10 asked, "What do you think is the most important problem facing this country today?" The economy and jobs topped the list at 52 percent, while health care garnered only 13 percent.

• Perhaps the most telling of all is the Gallup Poll from March 4-7, which asked, "In general, are you satisfied or dissatisfied with the way things are going in the United States at this time?" Nearly four to one, Americans are dissatisfied (79 percent to 19 percent).

These polls reflect dissatisfaction with the country’s direction, which includes a dangerously intrusive and unpopular health care reform effort, but the leaders ignore this message, still obsessed with jamming through health care reform. And, not only do Americans not like the reform bills, many senators and representatives don’t like them, either.

The next step in this compulsive exercise is for the House of Representatives to vote on the Senate bill. But some don’t like public funding of abortions, and thus don’t support the bill, and others don’t support it because it doesn’t have a public option. All in all, there’s enough stuff in the bill, and enough stuff that’s left out of the bill, that the 216 votes needed for passage may not materialize. If it passes and becomes law, the Senate will then vote for a reconciliation bill to the fix problems.

Or not. There is no guarantee that once the House passes the bill and the president signs it that the Senate will do anything, leaving features in that many object to, and leaving out things people want in. Many House members will likely support the bill only because their objections can be dealt with through reconciliation.

Undaunted by the lack of popular and legislative support for the bill, Ms. Pelosi now may resort to a scheme referred to as the “Slaughter Solution,” dreamed up by New York Democrat Congresswoman Louise Slaughter, where the House will simply “deem” the Senate bill passed by the House, which means that the president will be signing a bill into law that the House of Representatives never voted on, an act of desperation that is said to be unprecedented in U.S. history. This is underhanded, unacceptable, and probably illegal.

Here are some more serious questions: Is a bill that has the support of only one party a good piece of legislation? Isn’t good legislation that which has a broad and substantial majority of support? Did we elect these people to enact partisan legislation? And, is that the best way to run the country? The answers to those questions are: No. Yes. No. No.

What a revealing situation: In spite of negative poll numbers, in spite of crumbling support in both houses of Congress, President Obama, Mr. Reid, and Ms. Pelosi charge ahead to force health care reform through, apparently at any cost.

This behavior defies common sense. These three individuals are committed statists, and are determined to increase the size and authority of government, even if they take themselves and their party down in the process.

Their ideology is sharply at odds with America’s founding principles and is contrary to what the American people want from their public servants, but it is controlling so much of what is happening in Washington today. It appears to be more important to these leaders than their political future and the political future of other Democrats, whose re-election they expect those members to sacrifice to satisfy this lust for big government legislation with socialistic overtones that these three believe in so strongly.

Sensible Americans – Democrats, Republicans and independents – will oppose this desperate and tawdry process. They will oppose it despite what they think about the health care reform bills because they believe in the principle of good government, which is sadly missing in Washington, DC, and has reached a new low since the 2008 election.