The health care reform bill has passed;
now we know what’s in it 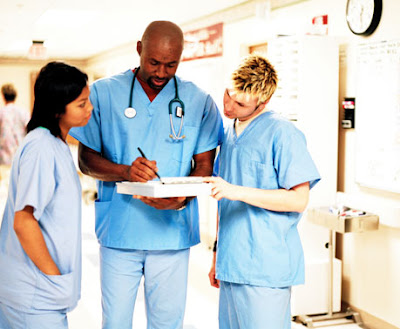 House Speaker Nancy Pelosi said a short while before the House of Representatives voted on the health care reform bill that “we have to pass the bill so that you can find out what is in it,” that arrogant statement indicating that there were some surprises tucked neatly away.

During the 14 months the fight over this bill raged, Americans were opposed to most of what they knew about it, every House Republican opposed it, and 34 Democrats voted against it. Clearly, there was more to dislike than to like. Now, the bill has passed and we know what’s in it.

The attacks on the elderly and the seriously troubled Medicare program are truly breathtaking. Medicare now pays providers substantially less than their services cost, and more cuts begin this year.

Who said there won’t be rationing? And with even lower reimbursements, more providers likely will decline to treat Medicare patients.

President Obama said he wanted a bill to help people; apparently he wants to help them at the expense of the elderly.

“But those changes only affect old people,” you say? Everyone will be old someday, but at the rate Medicare cuts are being implemented, that program may not exist in 20 years.

Next year your government will impose a new annual tax on brand name pharmaceutical companies. Do you think that might cause drug prices to rise? Well, it will. And Americans must also begin paying premiums for federal long‐term care insurance.

In 2013: there will be a new tax on all private health insurance policies;, an increased Medicare wage tax of 0.9 percent; a general increase from 7.5 percent to 10 percent in the threshold at which medical expenses, as a percent of income, can be deducted; and your government will impose a 2.3 percent excise tax on medical devices, all of which will make medical care more expensive, not less expensive.

And then in 2014 individuals without government‐approved coverage are subject to what the government calls a “tax” of the greater of $695 or 2.5 percent of income. This is not a tax, however, it is a fine: How can you be taxed on something you didn’t buy and don’t own?

Employers who fail to offer "affordable" coverage (whatever that means) would pay a $3,000 fine for every employee that receives a subsidy through the Health Care Exchange, and employers who do not offer insurance must pay a fine of $2,000 for every fulltime employee.

What do you suppose will happen to small businesses that are marginally profitable, but can’t afford either to buy health insurance for their employees or to pay a $2,000 fine per employee for not doing what they cannot afford to do? How many people will lose their job as a result of this mandate?

Larger companies are not immune from these punishing effects. AT&T, John Deere, and Caterpillar, among others, have said effects of the reform bill will be millions of dollars each, with AT&T’s hit to be $1 billion. These additional costs will have a negative impact on how all businesses operate. Will they create new jobs or lay people off? Will they raise prices on their products?

So, while President Obama, and Congressional Democrats are popping corks on the champagne celebrating a bill that will cost $940 billion over ten years and wreak havoc on the elderly, the rest of us are wondering how we are going to handle the cost increases and health care service restrictions this bill will produce.

Opponents of this approach to health care reform said all along that a lot of improvement could have been achieved by addressing health care problems individually, instead of this massive, costly, and horribly flawed approach.

We should have listened to them.