Washington in the 21st century:
Failing to learn from history 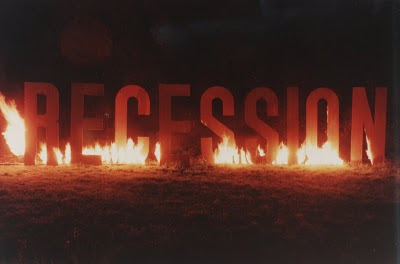 The brilliant economist Dr. Thomas Sowell looks back on the Great Depression: “Nothing established the idea that government intervention in the economy is essential like the Great Depression of the 1930s. The raw facts tell the story of that historic tragedy: National output fell by one-third between 1929 and 1933, thousands of banks failed, unemployment peaked at 25%, corporations as a whole lost money two years in a row. Prior to this time, no president had attempted to have the federal government intervene to bring a depression to an end.” Presidents Herbert Hoover and Franklin D. Roosevelt opted for government intervention and the results of that ill-advised approach are a painful part of our history.

Contrast that with the stock market crash of 1987, which was similar in size to the crash of 1929, but the recovery from it was years shorter in duration. President Ronald Reagan’s administration, in sharp contrast to the administrations of Hoover and FDR, and despite media outrage at the government's inaction, did nothing; no bailout, no stimulus, nothing, according to Dr. Sowell.

Those two experiences have taught our elected leaders nothing. Beginning with the administration of George W. Bush and continuing with, and accelerated by, the administration of Barack Obama, we have embraced the failed policies that gave us the Great Depression and, interestingly, the same policies that brought on the financial crisis of 2008: excessive government intervention in the private economy.

On October 14, 2008, the Bush administration announced a series of initiatives to stabilize the markets, the $700 billion Troubled Asset Relief Program (TARP). Then on February 18, 2009, in Colorado, Mr. Obama signed the $787 billion– now up to $865 billion – stimulus bill. How have these measure fared in ending the recession that began in December of 2007?

The Government Accountability Office said last October, a year after TARP was born, that it found no evidence that the program prevented a financial meltdown, nor did it stimulate banks to start lending to business again at needed levels. Although $500 billion in TARP loans have been repaid to the federal treasury, the program did not accomplish the vast majority of its goals.

The president and other supporters of the stimulus bill touted its investments in job creation, saying it would save or create 3.5 million jobs. Without this bill, the president predicted, unemployment would rise from eight percent to more than nine percent. In fact, after its enactment, unemployment shot through the nine percent level to above 10 percent. Clearly, the stimulus did not succeed in stopping job losses, and since it aimed more money at pork barrel projects than actual stimulus activities, and delayed most payments for a year or more, little real stimulation has taken place.

We can’t know for certain what would have happened if TARP and the stimulus hadn’t been implemented, but evidence from both the 1929 and 1987 examples strongly suggests that doing nothing back in October of 2008 and February of 2009 would have been the better decision. And, the country would be $1.5 trillion better off.

Dr. Sowell points out something else we should think about: “This administration and Congress are now in a position to do what Franklin D. Roosevelt did during the Great Depression of the 1930s – use a crisis of the times to create new institutions that will last for generations. To this day, we are still subsidizing millionaires in agriculture because farmers were having a tough time in the 1930s. We have the Federal National Mortgage Association ("Fannie Mae") taking reckless chances in the housing market that have blown up in our faces today, because FDR decided to create a new federal housing agency in 1938. Who knows what bright ideas this administration will turn into permanent institutions for our children and grandchildren to try to cope with?”

Well, how about a nationalized health care system, an economy-busting energy tax, and enormous deficits as far as the eye can see?

Despite massive public disapproval, the president and Congressional leaders seem hell-bent on creating a healthcare system heavily controlled by government. And despite the fraud and deceit in climate change science, they still want to impose economy crippling levels of carbon dioxide emissions.

President Obama says that when he "walked in the door" in January of 2009 he inherited a budget deficit of $1.3 trillion. But he misstated the Bush deficit, which actually was slightly less than $800 billion when correct computations of the deficit and TARP money are used, and his deficit for 2010 is double what he inherited.

The budget deficit forecast for 2010 is 10.6 percent of GDP, up from 9.9 percent of GDP in 2009, and according to Reuters, “the budget still forecasts U.S. public debt rising above 71 percent of GDP by 2013, up from 53 percent in 2009, and almost 80 percent by 2020 -- levels that could spook investors.” Americans recognize how serious this situation is, even if their leaders do not.

They are following White House Chief of Staff Rahm Emanuel’s dictum “Never let a good crisis go to waste,” even if that means wrecking the country to push through their ideological agenda.